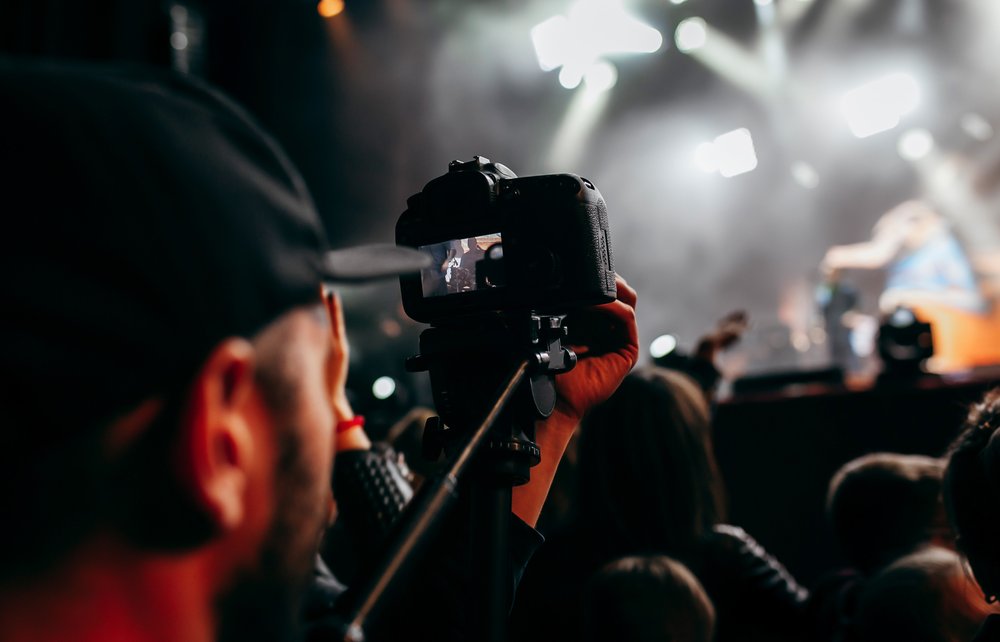 Let’s dive into the ins-and-outs of the band documentary sub-genre and how to create something that looks — and sounds — awesome.

As far as documentary sub-genres go, perhaps my favorite one is the rock band genre. From The Band’s famous farewell performance The Last Waltz (directed by Martin Scorsese) to the sub-genre lampoon This is Spinal Tap (directed by Rob Reiner) to a personal favorite of mine I Am Trying to Break Your Heart, a film about Wilco (directed by photographer Sam Jones), the tradition lives on and is closely tied with the art of filmmaking.

If you shoot documentaries on your own, or even just have a camera, chances are you’ll come across an opportunity to shoot concert footage. And, if you hang around long enough, you might have the inclination (or will get a direct request) to shoot a documentary on one of your favorite bands.

These projects can be some of the most fun and rewarding. But, as someone who has shot their fair share of band shows and interviews, I can say it’s quite tricky, requiring a great number of documentary filmmaking skills and approaches.

Here are some tips and tricks to help you rock it when shooting music and band documentaries. 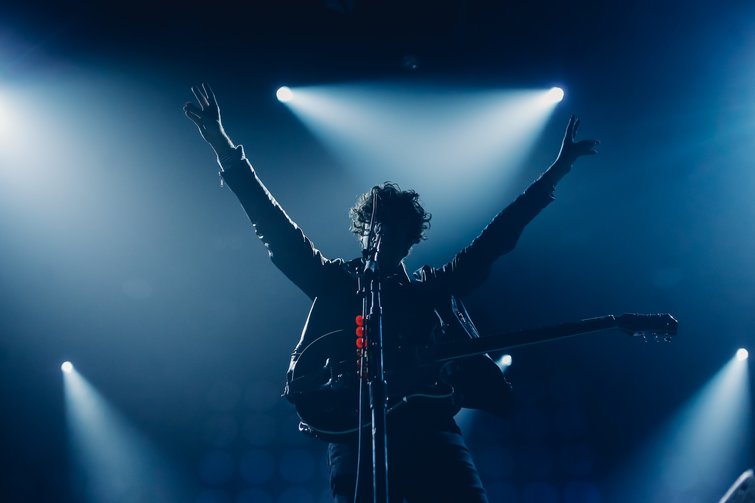 Before you begin shooting, decide the story you’re angling toward. (Image by kondr.konst.)

If you do your research and watch enough band documentaries, you’ll quickly notice that many of them are pretty much the same. They’re often centered on either a single show or a single tour. Many times, they’re more akin to cinéma vérité-inspired skate videos, without much of a direction or purpose at all.

However, the ones that are usually the most successful, making it to the bigger stages of distribution, all have a big hook. Whether that’s a notable last performance, a rare reunion, or (sadly) a recent passing or in memoriam angle, it usually helps to have a greater narrative going on.

Depending on the film plot, you’ll need to decide what type of documentary footage you’d like to shoot. We’ll discuss several options below.

While your first inclination might be to pick up a camera and run to the first show to start getting footage, I’d recommend cooling your jets and organizing some sit-down interviews first. Yes, these might be harder to coordinate and require greater resources for cameras, lighting, and audio (if you’d really like it to look professional), but it’ll also give you a good backbone to work with.

If you can, shoot multiple interviews with all the key band members and those associated with them. This’ll assist you in your detective work, helping you understand them as characters in your story. It’ll also give you the narration for what you’ll eventually need in any new concert footage (or reviewing old footage).

Here are some good tips for shooting documentary interviews: 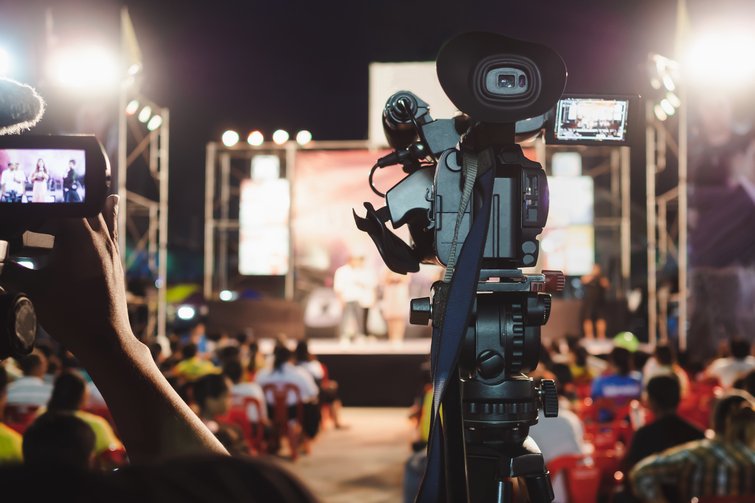 Shooting live footage is important in showing the relationship between the performers and their fans. (Image by tuaindeed.)

From there, if your band or musician is still active, shooting live concert footage is great. Knowing a little bit about your story from the interview process, you can now use that to dictate how to shoot your footage. Do you want it close and personal to show emotion? Or, keep things wide to show the size of their crowd and fandom?

You can also use this as an opportunity to interview fans to get a sense of their relationships with the band, as well as the depths of their appreciation. Here are some helpful articles for shooting live concerts and events:

In other instances, music and band documentaries either rely heavily or exclusively on old or archival footage of performances. If there are any televised performances to work with, those can be great, as they’re usually shot and recorded cleanly for solid video and audio. (You’ll need to work through the proper channels, making certain you can license and use the footage.)

This can quickly become an arduous task too, so beware of spending too much time going through archives, or find a way to share the task with others working on the project. Here’s a great article on this process from the music documentary Rock Rubber 45s.

5. The Importance of Audio! 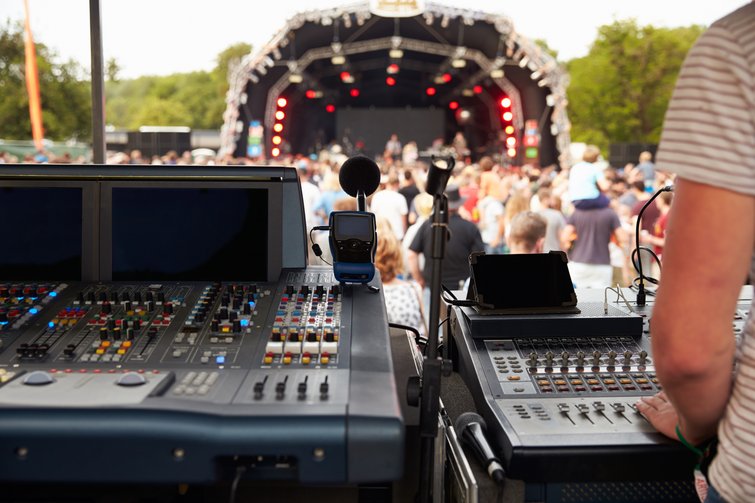 Overall, and I can’t stress this enough, your biggest concern in band documentaries is to focus on audio! Ideally, the audience for these projects will most likely be fans of the band or musicians, and more than anything, they want to hear the music.

If you’re shooting new concert footage, make sure you can work with the board operators to get a clean line and (ideally) mix that with the other sources. If you’re getting other private performances, have a dedicated audio recorder for every shoot. The last thing you want is for audio to slip your mind and have it ruin your entire film. Here are some helpful resources for making sure audio is never a problem on your shoots:

6. How to Promote and Distribute

Finally, one reason why I think band documentaries are so prevalent is because, in many ways, they’re pretty easy to promote, distribute, and sell. As opposed to other sub-genres, that is. Ideally, your band should have the same built-in audience that purchases their songs and albums. So, if you keep the project in mind as if you’re recording a new album, you’ll have an interested audience built-in.

You can also consider “touring” your band documentary, either on its own or with the artist as a means of selling screening tickets and other merchandise. Here’s an article on the benefits of touring your films.

For more documentary filmmaking advice and guides, check out these additional resources below: