Should You Turn Down a Distribution Deal and Do It Yourself?

Would you turn down a $150,000 distribution deal for your first feature film and take matters into your own hands? These filmmakers did.

Would you turn down a $150,000 distribution offer for your first feature film and try to promote and distribute it yourself?

That’s the decision director Kogonada (best known for his video essays) and his production team faced when they took his first full-length feature, Columbus, to the Sundance Film Festival in 2017. They hoped to make back the $700,000 they spent on production, as well as the $30,000 they’d spent on attending the festival.

Despite a host of praiseworthy reviews and good festival buzz, the team left with only a single offer for a $150,000 advance on a North American all-rights distribution offer — far lower than they had hoped for, and a long way from any hope of turning a profit.

Ultimately, they decide to reject the offer and team up with the Sundance Institute’s Creative Distribution Fellowship to bring the film to the world. 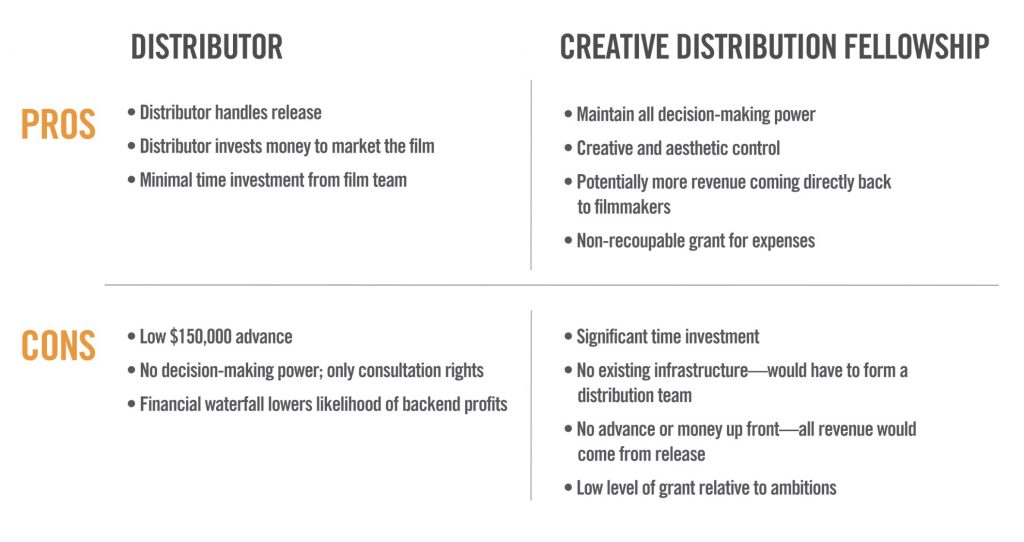 The Sundance Institute recently published a case study on the filmmakers’ experience, which you can (and should!) read in full here.

If you’re a filmmaker based in the U.S. or Canada, and you have secured your feature a place in a major U.S. film festival, then you should seriously consider applying for the fellowship.

In this post, I highlight several key insights from the Columbus case study, which can help everyone trying to share their creative work with the world.

Insights on Creative Distribution from a Sundance Case Study

But first let me set the scene.

The mission of the Creative Distribution Fellowship is to help independent storytellers:

Sundance Institute’s Creative Distribution Initiative is committed to helping independent storytellers build audiences and sustain careers through innovations in marketing, distribution, and data transparency. We imagine a world without barriers between artists and audiences. . . .

We live in a world with an overabundance of content. Breaking through the noise requires skill, agility, and creativity. With the Creative Distribution Fellowship, we want to inspire cutting-edge strategies that will amplify your film’s potential to reach audiences and maximize revenue.

The fellowship offers filmmakers cash ($100,000 marketing grant), connections to industry experts (including a deal with Amazon, Netflix, or Hulu), and the opportunity to learn valuable new skills.

The Columbus case study is an engaging, highly detailed account of the team’s experience navigating the highs and lows of both theatrical and online releases. Here’s how things stand to date: 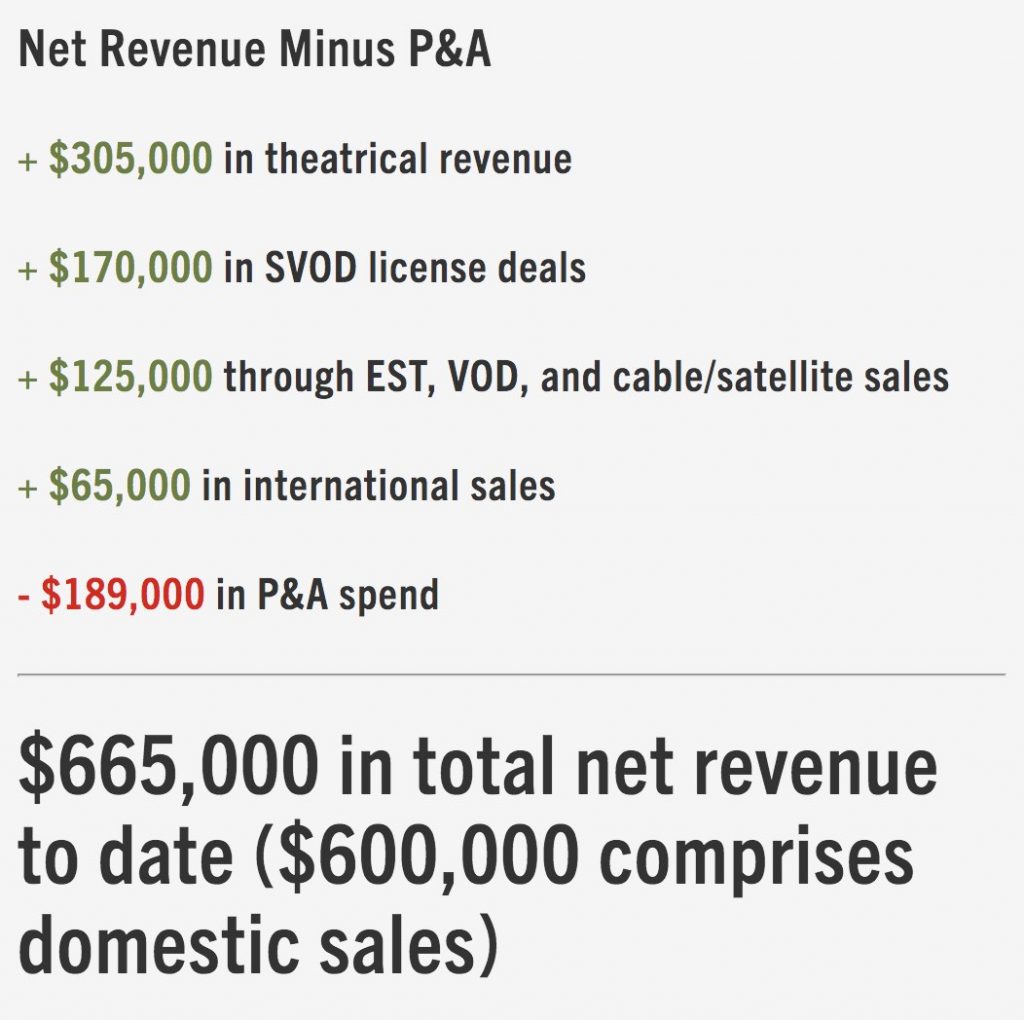 As you can see, the filmmakers have not yet turned a profit based on their initial production spend of $730,000, but they have actually done exceptionally well and brought in far more revenue than they would have with the traditional distribution deal, which the case study lists as $191,633.

The film actually grossed over $1 million at the U.S. box office, which their theatrical distribution consultant said “exceeded their wildest dreams”:

With an initial 16-market release plan, 10 of which were booked through Landmark Theatres, it was a huge surprise that by the end of their theatrical run the film had opened in over 200 theaters in 78 markets.

This expanded theatrical campaign led to pulling in just over $1,000,000 in box office revenue, which is very rare for an independent film with a modest P&A budget.

But due to the high splits with the theaters, the filmmakers were left with only $305,000 in theatrical revenue — even though that’s still $272,000 more than they expected. The team also invested nearly a year of their time into running the campaign, which isn’t really factored into the numbers.

So it should come as no surprise that even if you do really well, you don’t get rich, and it takes a lot of hard work. But the reality is that recouping any money is a massive success for an independent filmmaker.

So what can the rest of us learn from their success? 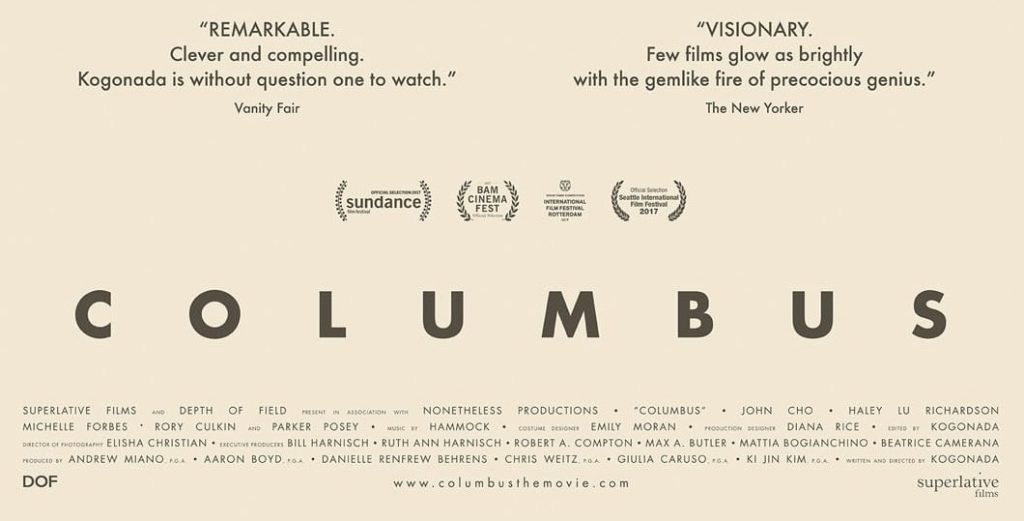 The connections the team made through the Sundance Fellowship to industry consultants was vital to their success.

They worked with at least six different companies, including a theatrical release expert (who personally knew many of the independent theater vendors), marketing consultants (to help craft their approach to key promotional assets such as trailers and posters), and even a local PR firm to manage their red-carpet premiere in Columbus, Ohio.

Leveraging unique skills like these was fundamental to the team’s success, so it’s worth considering the investment to hire your own expert help — if you can afford to do so.

Create a Plan to Target Your Audience

Creatives tend to have a “If you build it, they will come” mentality, thinking that they can put their work “out there,” and an audience will just find their way to it. This is because creatives often focus on perfecting their creative projects rather than getting them seen.

Even in the very early stages of figuring out how to self-distribute their film, the Columbus team defined very specific audiences they were going to target in their campaign:

This list is a helpful starting point for defining your own target audience:

Brainstorming how you will connect with each of these audiences individually will help you determine the creative assets you’ll need — and the best avenues of approach.

All said, the team spent $189,000 on promotion and advertising, with $137,000 coming from Sundance and the rest from individual donors. (It helps to have rich friends!)

But even if you don’t have that kind of money lying around, you can still learn a lot by spending a little.

We all know anyone can pay to advertise on social media, but spending a little to pre-test your marketing approach and then combing through the data you get can deliver valuable insights about what’s actually working, helping you to then double-down on the most effective strategy.

You might also uncover new audiences and new markets you had not anticipated.

Even if the rest of your campaign relies on free press coverage and word of mouth, invest in some data to guide your decision-making.

Here’s a bit from the case study on the kind of insights the Columbus team discovered by running data-driven social media test campaigns:

For example, although modern architecture plays a large role in the film, the ads that target communities with this affinity don’t perform well, meaning there is low engagement with the ads and a higher cost per result.

They find that their audience target of “Asian celebrity interest” is most effective when geo-targeted to areas with large Asian American populations, such as Seattle, San Francisco, and Los Angeles.

They also find that their core audience of arthouse cinema lovers in New York and Los Angeles are one of the most invested audience groups.

Even though the Sundance Institute’s Creative Fellowship required the filmmakers to do a lot of work, they were partnering with someone who recognized this: “You own the rights, you make the decisions. Sundance Institute supports you.”

This gave them a great deal of freedom to pursue a distribution approach that aligned with their creative sensibilities. It also allowed them to quickly adapt to the needs of the campaign as it unfolded.

This is a lightbulb moment for Casey: “Using behind-the-scenes footage helped refresh the campaign,” he says. “Kogonada’s clips were a respite in people’s crowded news feed.”

Also, having Koganada so integrally involved in the digital marketing is unique, since directors often don’t participate in this part of the marketing process. His involvement helps reinvigorate the film’s social media profile at the tail end of their digital marketing campaign.

The whole case study is a gold mine of insights into self-distributing your project, and it’s well worth your time.

Looking for more insights into the film industry? Check out these articles. 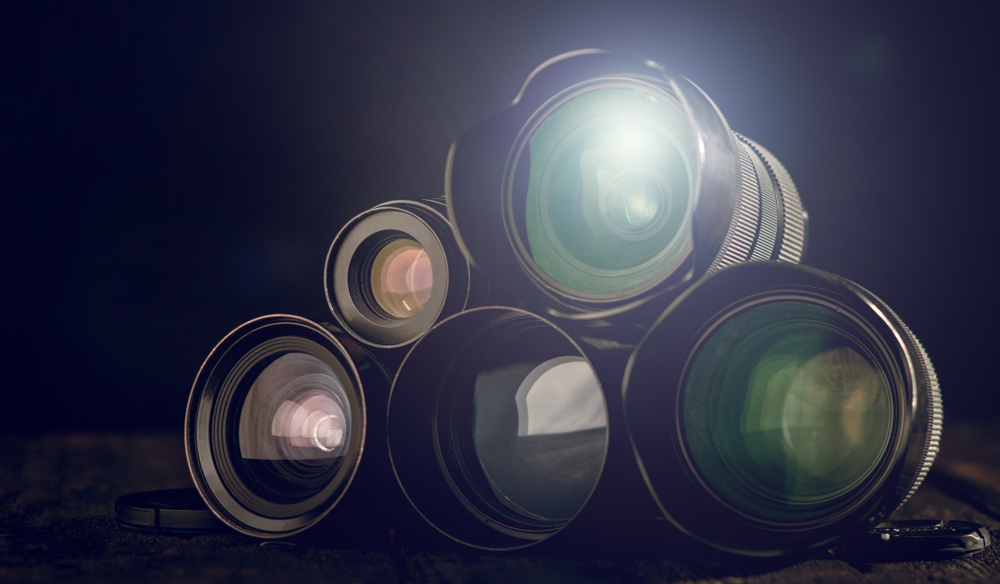 Video Production
Freelance Tip: How Do You Know When to Turn Down a Job?
A