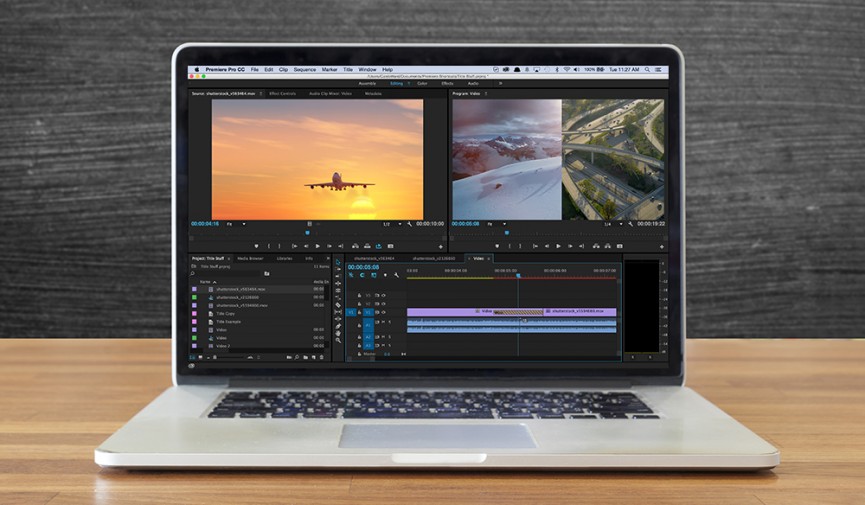 8 Essential Cuts Every Editor Should Know

These essential cuts will help any editor transform their footage into a gripping, solid narrative.

If your goal is to master the art of editing, you’re going to need to know the essential cuts to use when editing a film or video. Let’s go through eight of these and look at some examples of each. For said examples, we’ll be using excerpts from various films — but keep in mind that you can use these same cuts in any editing session, be it narrative, documentary, commercial, industrial, or even animation.

The hard cut is the basic type of cut in editing. This type of cut is utilized when you want to cut from clip to clip without any type of transition, or where you cut from the end of one clip to the beginning of another. The only down side of the hard cut is that (out of all the cuts we’ll talk about) this one gives the least amount of visual meaning. To give you a quick overview of the history of cutting, here is a great video from Filmmaker IQ.

The jump cut is a technique which allows the editor to jump forward in time. We see an early version of this technique in Eisenstein‘s Battleship Potemkin, where the battleship fires a mortar round and we watch the destruction as various angles jump cut from one to another. In this very early version of the jump cut, contemporary audiences were introduced to a new way of time passage in film. It obviously gained traction and is one of the most used types of cuts today next to the hard cut.

Another great place to use jump cuts is during an interview, especially if you film the interview with multiple cameras. This allows you to jump from one angle to the other without it being jarring for the audience. In order to really grasp this type of editing technique, here is a fantastic resource from Vimeo Video School on the Understanding of Jump Cuts.

First, let’s talk about the L Cut. This editing technique is used not only by narrative filmmakers, but is also a favorite of documentary filmmakers and commercial videographers. What L Cut means is that you are hearing the audio from the previous shot, even though we’ve moved on to another shot. So, the audience is is looking at clip B but still hearing audio from clip A.

Here is a great example of an L Cut from David Fincher’s Fight Club where Tyler recites the rules as various characters ready themselves to fight. What is happening here is that the audience is introduced to the voice, and then we are given visual information on the environment where the voice is located. This technique will keep your film or video flowing naturally, while also giving your audience much needed spacial information.

Again, this type of editing technique is used to help lead audiences along in the narrative by giving them spacial information and audio. L Cuts are also used to contextualize a conversation or give it deeper meaning, as was done in Skyfall during the museum scene with Q and 007. As they are talking, we cut to the painting of the old warship on the wall while Q continues to talk, eexplaining what they are looking at while also correlating 007s career to the warship in the painting.

A J Cut is essentially the opposite of the L Cut. Here we hear the audio before we see the video. So, the audience is is looking at clip A but still hearing audio from clip B. This type of cut is used quite often in all forms of filmmaking and videography, but you can see it quite often in content featuring an interview.

Vimeo Video School has once again put together a great resource for users that want to gain a real understanding of what L and J Cuts are. Just like with L Cuts, you can give your audience additional visual information to go along with the dialogue that is being fed to the audience. As was with the video below, this allows your audience to gain a better understanding of the environment the character exists in.

The technique of cutting on action is a huge component of, well, action films. Of course, this type of cut can be used on less-explosive action as well. The basic idea of cutting for action is that the editor cuts from one shot to another and matches the action of the shots. Editing is all about motivation. Each time you cut to a new shot you need to ask yourself: why? In the words of Videomaker:

Don’t be tempted to wait for a pause and then cut, unless you have a good reason.

Your film will develop a better ‘flow’ if you cut on action instead of waiting for pauses. One of the best examples of motivated cutting is The Matrix. Watch the following clip closely and specifically look for instances of cutting on action. Almost every cut happens mid-action. This results in a much smoother transition and a more tense action scene.

One of the best modern examples of cutting on action is the Watchtower of Turkey by Leonardo Dalessandri. The video is a great example of not only cutting on action but also using motivated edits to seamlessly transition between scenes.

Cutaways take the audience away from the main action or subject. These are used primarily as transition pieces to give the audience a view of what is happening outside of the main character’s environment. This also goes a long way in helping you emphasize specific details of the mise-en-scène and allowing you to add meaning to them. You can see this clearly in this scene from the The Quick and the Dead where Sam Raimi cuts away from the gunfighters to the clock on the tower, which aids the dramatic tension.

Video from Welcome to the Wild West, son

Another way to use cutaways is during dialogue sequences. A great example of this is during a scene from Ferris Bueller’s Day Off, where Rooney believes he is talking to Ferris, only to be met with the realization that he is on another line.

The technique of the cross-cut, also known as parallel editing, is where you cut between two different scenes that are happening at the same time in different spaces. When done effectively you can tell two simultaneous stories at once and the information being given to the audience will make complete sense.

In the last 10 years, probably no filmmaker has loved using the cross-cut technique more than Christopher Nolan. He’s used this technique on several films and always uses it effectively to connect the various stories lines in each film. In his 2010 film Inception, Nolan utilizes the cross-cut technique to aid the audience in keeping up with the various levels of the dream state. In fact, it often feels like the entire film is just one long series of cross-cuts. For an example of this cut, let’s watch the now famous zero gravity fight scene and watch how it connects to the crew in the van in a previous dream level.

Utilizing this type of cut, you’ll need to be careful in how you structure your multiple story lines. If not done correctly, you’ll just confuse the audience more. When using the cross-cut technique, I’ve always found it extremely helpful to get a separate pair of eyes on the edit. It may make complete sense to you as the editor, but it may go right over the audiences’ head. For other examples of this type of cut, all you need to do is look to other work by Nolan. He successfully uses this technique in Memento, The Dark Knight, and Interstellar.

Montage is another technique that has been around for a long time, but isn’t used as much as the previous cuts. The idea behind the montage is to use rapid cuts of imagery to help convey the passing of time or to help aid the context of the narrative. There are many different forms of montage, but one of our favorites is the rhythmic montage in��The Good, the Bad and the Ugly. During the three-way standoff,  director Sergio Leone uses quick montage cuts to give the audience the facial reactions of all three characters. This works perfectly to heighten the tension of the moment.

As we said, montage is also used quite often to help get the audience through a passage of time. There are great examples of this throughout film history, but one of our favorites is its usage during the original Karate Kid. Editor John G. Avildsen uses the montage to quickly get us through the karate tournament showing the main characters progress, as well as the progress of those he will eventually face.

The match cut is the technique of matching the movement or space of two opposite environments together. This technique has been used for many years. It’s most effective when you need to move the narrative along, but you need to find a way to connect them together seamlessly. There are two particular films that do this extremely well, and they are two of the most lauded films in history. The first film that we’ll look at is 2001: A Space Odyssey, and how Stanley Kubrick found a way to move from the ‘Dawn of Man sequence’ to the ‘Space Station sequence’ in the span of a second without continuity issues. He did this by showing the primitive man throwing the bone up into the air and then replacing it with a spaceship floating through space. This was extremely effective and allowed the audience to move from one scene to another easily.

The second example comes from Lawrence of Arabia. After being introduced to Lawrence, director David Lean and editor Ann V. Coates needed a way to move from the space of the government offices to the deserts of Arabia. In this case they used the blowing out of the match to jump us forward in time to the rising sun of the desert. This cut works because we have the extinguishing of one light and the rise of another. Again, this keeps the flow and pace of the narrative going without disorientation to the audience.

Was this information helpful to you? Are there any other types of editing cuts you would like to learn about? Let us know your thoughts in the comments below.