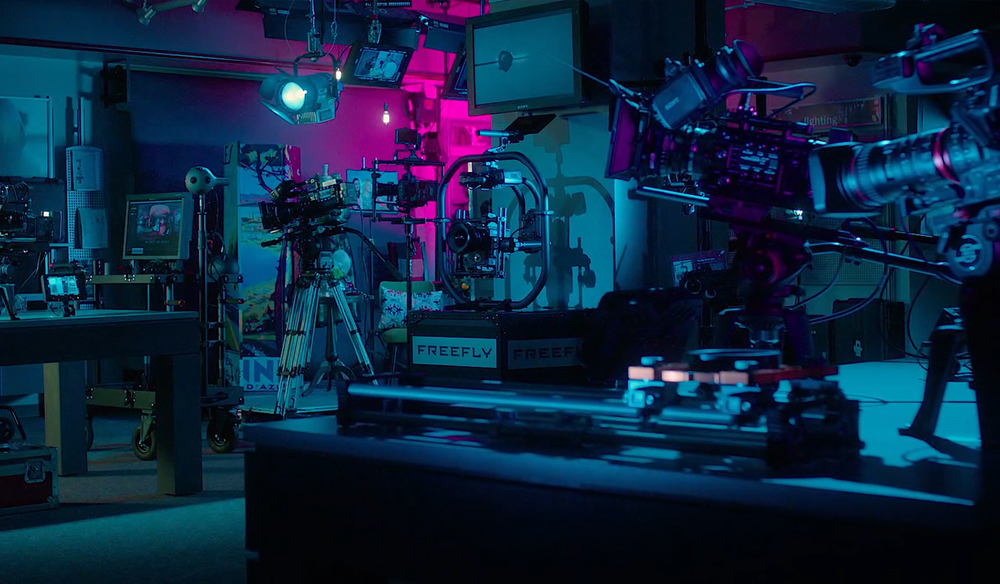 What Is the Life of a Camera Body, and Should You Buy or Rent?

We chatted with AbelCine President and CEO Pete Abel about the life of camera gear — and the most exciting new technologies.

All images via AbelCine.

I recently read an article claiming that the average life of camera bodies these days was no more than two years. I had a hard time believing that. Sure, maybe if you’re trying to shoot high-end work on a Canon Rebel t-(whatever-number-they’re-on-now)-i, then you may not get much life out of a body. But then again, it still doesn’t really matter.

When I was in film school, freshmen were shooting on cameras that were well over 8 years old — but who cares. It still comes down to storytelling. You don’t need the color space of a RED or ARRI when you’re shooting a class project or corporate video. I wanted to get some expert opinions on this, so I reached out to some of the biggest gear heads and tech-minded filmmakers in the business, AbelCine.

There’s a good chance you may already be familiar with AbelCine, but if you aren’t — AbelCine is one of the largest camera resellers and rental houses. They’re also well known for their blog and educational resources — as well as being big supporters of filmmaking and video production communities.

Brothers Pete and Rich Abel founded AbelCine as a camera repair shop in 1989. Now they are one of the very few companies that could get you just about any type of gear you would ever need to produce a film, television show, or commercial.

Considering their experience with nearly every camera manufacturer, and the knowledge they’ve accrued over the years, I asked President and CEO Pete Abel a few questions for new filmmakers about buying or renting their own gear.

PremiumBeat: What is the life expectancy of a camera body?

Pete Abel: Rather than a life expectancy, we prefer to think of this in terms of a camera’s viability, which is often longer than people think.

Camera technology is progressing all the time, and we’re regularly treated to a wealth of updates and new features, giving the appearance that last year’s models are outdated.

So, it’s important to be clear-minded when determining if the features and performance of your current camera will meet the aesthetic needs of your project, and resist getting too caught up in the wow factor of new technology.

And, when the specifications of your gear no longer meet your requirements, there’s always another level of filmmaker or school or organization that would put it to good use.

PA: In general, all the analog gear that surrounds the camera, such as tripods, filters, and matte boxes, has longer viability than the camera and some electronic accessories.

Lenses and their accessories are another part of the camera kit where it often makes sense to invest. Of course, which lenses you purchase will depend on the type of projects you’re involved with.

It’s always a good idea to choose a mount system that’s as universal as possible to ensure compatibility with future camera releases. In the cinema world, that means the ARRI PL mount, and in the photo world, it tends to be either Canon EF or Nikon F. With larger-format sensors finding their way into cameras like the ALEXA 65, RED WEAPON 8K Vista Vision, and Phantom 65, you might want to start looking at lens sets offering full-frame or larger coverage.

PB: How quick are you to jump into emerging technology, and should filmmakers do the same?

PA: At AbelCine, we see it as our role and responsibility to continually investigate new technology. Our tech specialists always have their ears to the ground for what’s coming next and are educating themselves on the strengths and weaknesses of emerging tech. We’re always in dialogue with creatives, so we know what’s important to them. This gives us a unique perspective by which to educate our customers on new technology, so they’re at less of a risk of making an uninformed equipment choice.

As an individual, here’s a way you might want to look at new technology: if something emerges on the market that enables you to capture images in a way that you never could have before, then that’s something to explore and get excited about.

Devices like drones and stabilizers are examples, as well as high-sensitivity cameras and HDR. In terms of new forms of motion imagery, VR and 360 imaging certainly fall into this category.

But for incremental technological improvements, we recommend asking a lot of questions and doing lots of research to determine if it’s something you need to pay attention to – that’s why we’re here.

PA: We get this question a lot, and our answer is different, depending on who you are, where you’re at in your career, and the type of work that you do.

With that in mind, and understanding that there really is no short answer, a general rule of thumb is as follows:

If you shoot docs that take you on the road for a long time, then it’s most often best to own, as rental costs simply become too high. If you shoot multiple projects for the same client, and you know that customer’s requirements, then equipment ownership may be more cost effective than renting.

But, if you’re a DP who is in a position to choose the most appropriate tools for each individual job, then it may make sense for you to rent key components like cameras and lenses for each project.

Even within this scenario, we know lots of filmmakers who own their favorite lenses and specialty accessories, and rent the camera. We also know lots of DITs and camera assistants who own part of the package that production always needs. It’s both a form of investment and a way for them to be surrounded by the tools they are most comfortable with.

PB: AbelCine is great at walking the line of keeping up with emerging technology while still focusing on storytelling and teaching customers the art of the craft. Do you have advice for filmmakers on when to stop caring about the best specs and instead focusing on the right gear they need?

PA: In my opinion, you should never let specifications overshadow your creative intent. Everything begins with the story.

We’re at a point with imaging technology where a multitude of cameras and lenses at different price points can deliver pristine, high-resolution images. Because of this, filmmakers have the freedom to look for tools that will help craft their desired look and visually shape their story, whether that’s in sensor size, format, lens choice, lighting, or camera movement.

There are times, however, when specs matter.

If your project is a theatrical feature that will go through color correction, or if your project has lots of green screen, then specs like color space and sub-sampling will be quite important. If your client requires 4K acquisition and/or specific deliverables, then these specifications should be your baseline, and you work from there.

PB: What new filmmaking tech or equipment are your currently most excited about?

PA: High dynamic range (HDR) technology offers a truly unique viewing experience, and it is starting to be more widely available. Even so, it can be hard to quantify the true impact of HDR, until you see it in person. People often have a visceral response to seeing HDR, like squinting at intense light sources. HDR also allows filmmakers to take advantage of more of the dynamic range offered by modern cinema cameras, which can be lost on standard displays.

We’ve also seen a definite resurgence in large-format cinematography over the past few years, both in the film and digital arenas. Directors like Quentin Tarantino, Alejandro González Iñárritu, and Christopher Nolan have really inspired the industry to keep large-format as a creative option.

Part of the large-format success is due to various lens manufacturers offering coverage beyond the traditional Super 35 image circle. It is a great time to be a DP, with more choices and higher quality lenses than have ever been available. The increase in lower-cost cine offerings, as well as the growing number of anamorphic options, shows that lens manufacturers are really listening to what their customers want, and delivering it.

PB: AbelCine has been an incredible resource for filmmakers and video professionals. You’ve recently launched a new site, can you tell us more about that?

PA: We see the new site [abelcine.com] as a virtual extension of everything AbelCine is about: an uncompromising sales and rental experience, a curated and ever-growing selection of professional filmmaking tools at a range of price points, and the highly personalized customer service we’re known for. And, of course, our blog brings the knowledge of our educators and tech specialists to a wider audience.

With the new site, we’re also creating a means for our customers and staff to engage with each other with greater ease. We have some very exciting plans for the collaborative aspects of the site that we’ll be developing in the near future.

Interested in more on camera gear? Check out these posts.