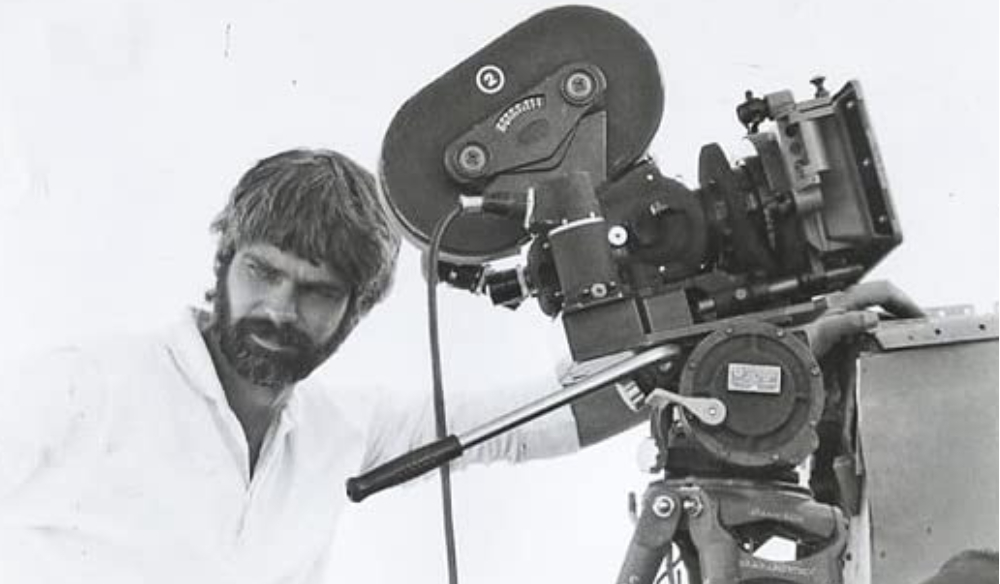 Looking back at how master cinematographer Caleb Deschanel launched his name and helped develop a new modern Hollywood.

In many ways, Hollywood can feel like a small town. Sure, Los Angeles is one of the biggest cities in the world, and the famous neighborhood has long been known as the hotbed of the global film industry. Still, when you start to trace all the names and faces from the early days into contemporary culture, it’s fascinating how many of these names reappear time and again.

One example that many might not realize is that Emily and Zooey Deschanel are the daughters of Mary Jo Deschanel and acclaimed director of photography Caleb Deschanel. And, while there’s certainly plenty of on-camera talent in the family, Deschanel’s behind-the-scenes work has been quite expansive and hugely influential, not just to his family name, but to the entire Hollywood film scene.

So, let’s take a moment to look back through the career of Caleb Deschanel, a six-time Academy Award nominated cinematographer, a member of the National Film Preservation Board of the Library of Congress, and the DP behind numerous classics like The Right Stuff, The Natural, The Passion of the Christ, and Jack Reacher.

Do What You Love

I hope I never get to the point where I am so involved with the process of making movies that I can no longer enjoy going to movies. Because, to be honest with you, I love going to movies and see lots and lots of movies every year.

There’s a lot to say about the artist who can still appreciate the art itself over the form. This is especially true for film, as one can quickly get caught up in the actual practice of filmmaking and quickly lose interest in film itself. However, while others might be burned out after 40+ years of work, the fact that Deschanel can still be so drawn into movies that he can completely ignore the technical and critical aspects speaks volumes to his passion.

And, when we start to look through Deschanel’s career, it really is the passion that remains consistent throughout. As a young man first emerging on the scene, shooting additional photography for the likes of George Lucas, Francis Ford Coppola, and John Cassavetes, it’s no surprise he picked up both a love of the craft, as well as an astute eye for storytelling through the camera.

There are plenty of films in Deschanel’s filmography worth highlighting, but it’s perhaps fitting that we start with one of his very first features — The Black Stallion. Just by watching the trailer above, we can see Deschanel establishing himself in the classic Hollywood style of the time, while also embracing the New Hollywood aesthetics which would soon emerge thanks to contemporaries like Steven Spielberg, George Lucas, and Barry Levinson.

These early films from Deschanel are not DIY indies or small human studies. Instead, he was tasked with creating big pictures that explore grand themes and cover a wide range of emotions and set pieces. The Black Stallion, in particular, features some impressive race sequences, oceanside tracking shots, and several hard-to-achieve camera movements which would inform an entire career for Deschanel based on technicality.

For those interested in developing a career in cinematography (or film in general), I highly recommend putting on the above interview to hear a step-by-step recount of how Deschanel broke into the industry and developed his craft over the years.

However, while there are plenty of success stories to listen to and emulate, many of Deschanel’s points in the interview come back to a readiness to progress, an openness to new opportunities and connections, and a genuine mindset toward learning and developing his craft even as times change.

You can see how his early work on films like Being There, The Black Stallion, and The Natural stands in stark contrast to his later work on more star and action-oriented films like The Patriot, National Treasure, and Abraham Lincoln: Vampire Hunter.

The Importance of Climatic Moments

One calling card you can trace throughout Deschanel’s career is his uncanny ability to bring big moments vividly to life in a film’s climax sequence. From a film theory perspective, the hero’s journey and a film’s narrative plot truly hinges on just how well the climactic sequence is filmed and delivered. If not done with precision and empathy, a film can often fall flat and quickly out of memory. However, when done well, a strong climax with stunning visuals can secure a film’s place as one of the greats.

You’ll find intense climactic ending sequences in just about every one of Deschanel’s films. He was actually behind the lens for one of the most famous film climaxes in cinema history — the iconic “final home run” sequence of The Natural, seen above.

A Digital Future for the Next Generation

In the conversation above, also featuring fellow master cinematographers Robert Richardson and Roger Deakins, Deschanel shares his thoughts on the future of film after his experience working on Disney’s photorealistic computer-animated remake of The Lion King.

He alludes to the fact that these new digital landscapes and streaming-focused productions must be championed by an even newer generation of filmmakers and DPs who are ready to step up, explore, and eventually take over to create their own legacies — just as Deschanel did when starting out in Hollywood.

For more cinematographer profiles and insights, check out these inspiring articles.