Remembering the Cinematography of the Late Michael Chapman

In honor of the late Michael Chapman, let’s explore the high contrast and bright colors of the acclaimed cinematographer behind Taxi Driver and Raging Bull.

Tragically, Michael Chapman passed away earlier this year. And, in the subsequent days and weeks, a flood of mourners began sharing the huge amount of respect they had for the famous cinematographer online. However, there’s much more to be said about Michael Chapman’s cinematography than merely a Taxi Driver GIF shared on Twitter.

Chapman was a superbly talented camera operator and a visionary director of photography who was responsible for developing two of Martin Scorsese’s most famous, dark-world pictures — Taxi Driver and Raging Bull — as well as the driving force behind a whole decade of action thrillers and smart, big-budget comedies.

So, along with giving our due respect to the huge cinematic achievement which is Taxi Driver, as well as other famous examples, let’s dive into how Chapman was able to hone his craft, develop his style, and impart his genius to audiences across the world.

The Importance of Storyboarding

For all those who thought we were going to dive into the rich tapestries of shooting neon lights in grungy New York — you’re wrong. We’re going to start with the basics: storyboarding! And, despite Chapman’s quote (in the video above) about “loathing storyboards” in general, the fact that Scorsese was able to be convince him to give due credit to this necessary building block of cinema form is a testament to the importance of the process.

Speaking specifically on Taxi Driver and working with Scorsese (also in the video above), you can see the painstakingly detailed storyboards that “Marty” would draw up in conjunction with Chapman to detail the “energy and emotion” behind every action and camera movement for each sequence.

You can also see how the entire process was a huge learning opportunity for Chapman, who had only recently come up as a talented camera operator (earning his first notoriety for his work on Steven Spielberg’s Jaws). Chapman was given a firsthand look into how the minds of great directors and cinematographers were meant to be an intricate mix between the meticulously planned and the deeply emotional and explosive.

If you’re looking to improve your storyboarding, by the way, get started with some of these helpful primers:

Cinematography as Service to the Story

Cinematography doesn’t have to be beautiful, it has to be appropriate to what your eye is seeing.

I promise we’ll get to Taxi Driver and Raging Bull and the rest of Chapman’s big-named features next, but after storyboarding and intentionality, our next focus is on Chapman’s mindfulness of how good cinematography — and his cinematography, in particular — needs to service the story that it’s trying to tell.

For any camera operator or aspiring cinematographer or director, this language is key, as it illustrates just why you’ll see such rich, seedy images of New York in one of Chapman’s films, then stark, bare-bones, black-and-white POV shots in the next. And, even further as you begin to look into Chapman’s work on music videos, comedies, and Looney Tunes crossovers.

Chapman has proven, throughout his career, that every shot and every scene needs to be reflective of the story it’s trying to tell. Not just in how it’s framed, but in how the lighting is cast, how the perspective is adjusted, and exploring the gaze it projects from one of its characters or directly for the audience to interpret.

OK, finally! Let’s talk Taxi Driver, the film that launched the careers of Martin Scorsese and Robert De Niro, and the film that most people associate (for good reason) with Chapman’s cinematography work.Taxi Driver is regarded as one of the most cinematic, best shot movies, not just of its decade (the 1970s), but of all time.

However, if you look both backward and forward through Chapman’s career, you can see the styles he worked to develop over the years fully emerge in this beautiful picture. Chapman has a solid set of skills for working with high contrast and strong colors. In many of his films, Chapman uses these looks to highlight disparities between characters and themes.

In Taxi Driver, particularly, he and Scorsese chose to paint the streets of New York with perfectly picked locations to capture the bright neon signs that pop off the screen against the dark, gritty night-lit streets. Chapman goes further, as you can see in the cinematography montage above, by casting De Niro’s Travis Bickle in the same harsh lights, as he helps Scorsese track the character’s descent into film notoriety.

Following the success of Taxi Driver, Chapman would famously partner again with Scorsese on Raging Bull — a film I’d argue is actually superior in terms of its cinematography exploits and as a pure master class of craft. In Raging Bull, Scorsese and Chapman were really able to go off the ropes (so to speak) and create a cinematic world that was rife with style and raw innovation.

As you can see in the video breakdown below, there were many elements of the storytelling which were unique and fascinating, but cinematographically speaking, Chapman was able to fully embrace a quick movement style and frequently work without structure and with on-set improvisation. These are most notable in the boxing scenes where Chapman was able to physically strap the camera to actors, with improvised rigs for creative shots and chaotic movements.

Coupled with the pure contrast of the black-and-white cinematography, and the large waves between silent and subtle scenes, as well as the explosive fight montages, Raging Bull catapulted both Chapman and Scorsese from up-and-comers to some of the biggest names in the industry. And, it really was Chapman’s DP work on this feature that allowed him to helm so many major blockbusters after.

Action and Comedy and Beyond

From his early days in the ’70s working his way up from a camera op, by the time the ’80s and ’90s hit, Chapman was clearly an in-demand director of photography, able to bounce between projects seamlessly thanks to his service-focused approach. While Scorsese would go on to work with several different cinematographers over the years, Chapman was quite content to delve further into big-budget genres — like action thrillers and comedies.

Notable features Chapman shot include The Lost Boys, The Fugitive, Ghostbusters II, Kindergarten Cop, and a personal favorite of mine — Space Jam. But, make no mistake, for each of these pictures, you can see many of the same style choices and influences Chapman developed from his early days, still often employing strong contrast, and innovative and technical camera movements.

While some of the films don’t quite live on in the same cinephile circles online and on Twitter, it’s quite inspiring to go back and see just how Chapman was able to stay true to his roots while also evolving his craft perfectly as both audiences and the industry changed over the years.

For more cinematography profiles and insights, check out these articles: 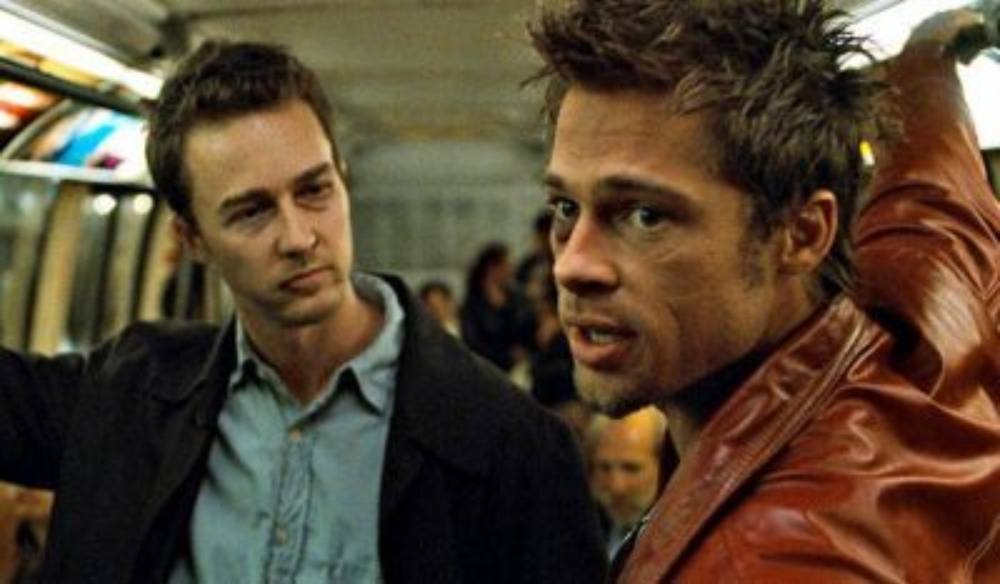