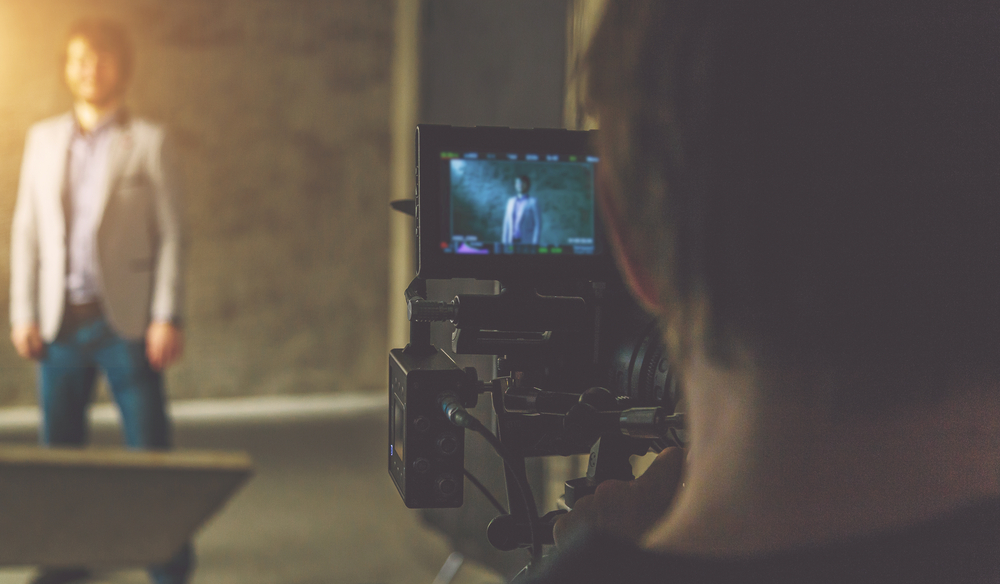 Let’s explore the all-important “master shot” and how you can use it to tie the rest of your cinematic tapestry together.

When you’re first starting out in film and video, every shot is your master shot. It makes sense if you think about it. You have your set, your actors or subjects, and you have your action. Don’t you want to capture all of it at once? However, as you’ll quickly find in your projects, you’re going to want a wide variety of other shots like establishing, close-ups, inserts, etc…

The real trick to filmmaking is finding the right balance between these different shot types. When do you want to use the wide shot versus the close-up? When to give your audience a sense of scope and setting versus a look into a character’s emotions and feelings? These are the questions to ask yourself both as a director and as an editor when putting your film together.

To start with, though, you’re going to need your master shot. Let’s explore this all-important shot and how it’s used to tie the rest of your cinematic tapestry together—exploring famous examples, tips for framing, and other shots to eventually consider.

What Is a Master Shot?

In the simplest of terms, a master shot is the one take of a film scene that covers all the subjects, objects, and pieces of the set relevant to the overall scene. The best way to think about it is in stage terms. When going to the theater or a play, a person in the audience is most always getting a “master shot” version of the production. However, in cinema, we have the ability to change the perspective and provide additional shots and angles.

The master shot is the all-encompassing shot that many filmmakers like to use as a base unit for their cinematography. This master shot will cover all the necessary information just as you’d see as the audience during a play, before going into these more specific shots.

Another way to think about the master shot is in terms of coverage, or camera coverage. This is an industry term that defines how an editor might approach editing a scene in regards to what shots are available and which angles show what actions, etc. Therefore, a master shot includes all the coverage of a scene, as best as possible.

Another example of this comes from stage show television productions. From classic examples ranging from I Love Lucy to Friends, these shows are recorded live in front of a studio audience by multiple cameras at once. However, while there may be several cameras moving around focusing on closer angles, there always remains a wide master shot for full coverage.

Examples of Master Shots in Film

When looking back through cinema history, it might be hard to recall a famous master shot. This is because, when done properly, it simply looks like one of the many necessary shots that helps you understand the events happening in any given scene.

However, if you look for clues to see if all the characters are visible, and all the most relevant actions and items are clear, then you can quickly recognize which shots a director was shooting as a master, versus the more nuanced close-ups and other cinematic angles.

It’s also important to note that, while similar and sometimes the same thing, a master shot is not always the same as an establishing or exposition shot. At times, establishing shots can be meant to provide roughly the same amount of comprehensive information, but they’re really meant more to provide deeper looks into tone and story development, and can focus on extraneous elements like landscape, time of day, or the mood of the film.

Tips for Framing and Shooting

Therefore, the key to a good master shot is to simply provide adequate coverage with a cinematographic eye. Just because you want to see all the performers and actions, doesn’t mean you need to fill your frame with lots of other unnecessary information. You certainly have license to try to make your master shot look as composed as possible, by following your standard filmmaking principles—like the rule of thirds—and by looking for the best angles.

Another aspect for directors and DPs to consider when shooting a master shot are any elements that might be needed for VFX or graphics in post. Master shots are critical for big-budget productions, like superhero movies and other VFX-heavy blockbusters, as full coverage is needed to help with the designing, scale, shadows, etc., of digital characters and effects.

Other Shots to Consider

As a general statement for those just starting off with their films and video projects, a master shot is a perfect shot to approach first on any set. This will give you a base unit to refer back to for any subsequent shots, as well as provide a bit of rehearsal for all the acting, blocking, and effects that might be needed for a particular scene. If you can start with the master and feel good about having at least one or two solid master shot takes, you can then explore moving into the more cinematic shots, like the many that you can see above.

For more filmmaking tips and tricks, check out these cinematography articles below.