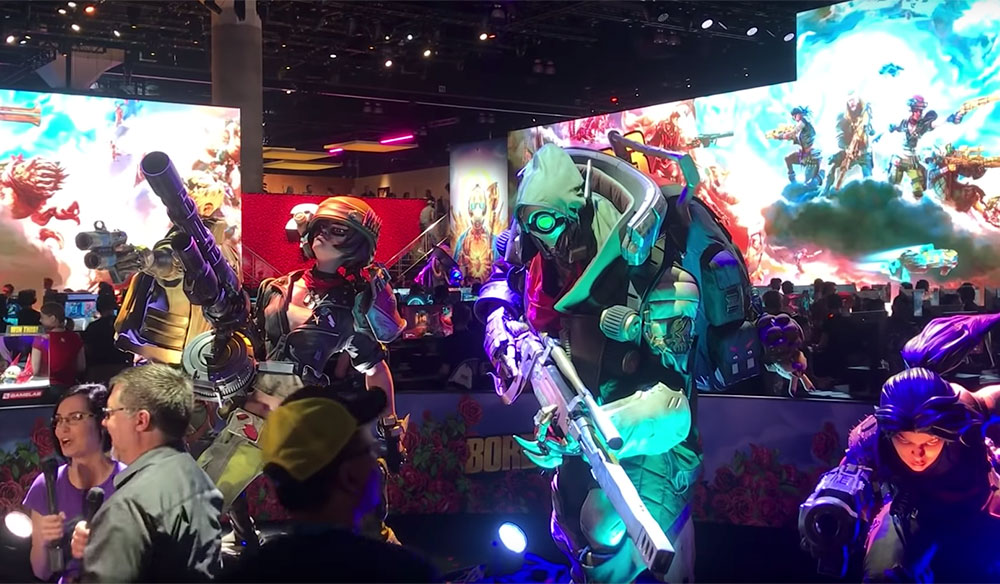 Video games are evolving right before our eyes, and the rate of change is accelerating — so what does that mean for cinematic storytelling?

I had the chance to attend E3, the annual video game expo in Los Angles, and I came away impressed, bemused, and a little overwhelmed.

Many of the big trailers had already premiered the week before the show opened, and there were some of the usual suspects — as well as some real surprises.

Christmas is the high season for video game releases, much like summer used to be for blockbuster movies. Call of Duty, one of the largest franchises, releases a game every year, but they have announced they’re cutting back their release schedule due to diminishing returns on this model.

This year’s Call of Duty will be a remake/reboot of one of their most popular games: Modern Warfare. Like the film industry, video games have huge production costs (some estimates run as high as $200m), and they try to offset this huge risk by betting big on tried-and-true formulas. Disney’s current crop of live-action remakes is no different, using new technology to cash in on feelings of nostalgia to create something that appeals to new and old alike.

One of the best trailers of the year was also one of the most hotly anticipated releases: Cyberpunk 2077. This is not a remake or reboot but a new game from the makers of the award-winning Witcher 3, CD PROJEKT RED. Loosely based on a pen-and-paper RPG, Cyberpunk’s trailer is a gorgeously rendered, tightly told story that features probably the biggest news of the show: Keanu Reeves.

Just like Pixar’s arrival on the movie scene — an outsider that brought fresh life to an established industry — CD PROJEKT RED (based in Poland) is bringing a cinematic style and storytelling to games, forcing the major players to rise to their level.

On the other end of the scale is Fortnite and its publisher, Epic Games. They had the largest and most over-the-top booth at E3. There isn’t much that you could describe as “cinematic” about Fortnite, the free-to-play Battle Royale, but it has transformed the industry in other ways. It’s been the fastest-adopted game in history, gaining 260 million players in under two years. And it is now the most-used social media platform for many demographics.

Looming over the whole industry is streaming. For years, the highest-end games required the newest consoles or high-end PCs. This could change with a new technology that offloads the processing power to the cloud, allowing you to play the games anywhere you have a fast-enough internet connection. Everyone is trying to cover as many bases as possible, very conscious of how Netflix transformed the DVD landscape with streaming.

Google has entered the game arena with Stadia, a cloud streaming service. Microsoft has announced their own streaming service, but with a new generation console that will somehow complement it.

Video games share a lot with the film industry. Being a younger industry, more dependent on technology, it’s transforming rapidly, and in ways that will forever change how we consume, create, and imagine stories.

Looking for more articles on the film and video industry? Check these out.