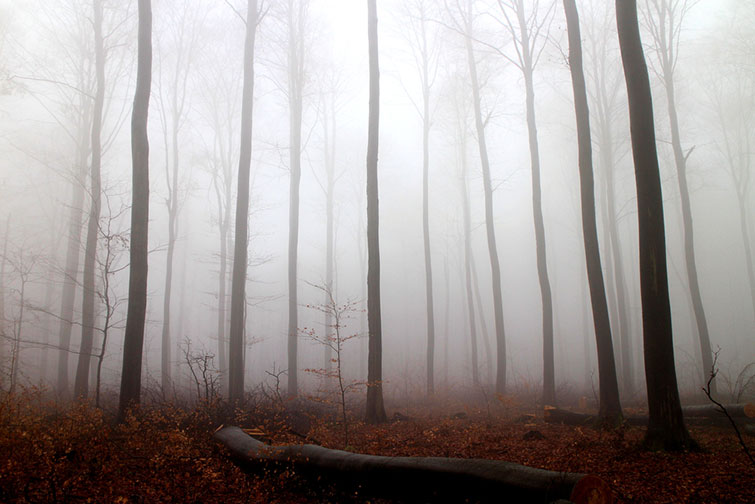 How to Get The Best Results When Filming In Natural Fog

There are a few tricks to filming in natural fog. Here’s what you need to know to protect your gear and get the shot you want.

I live in a coastal region, and we get a lot of fog. Especially in the early months of the year. The land has started warming up, but the sea remains relatively cold — although, the sea is always cold around the British Isles, save for a single day in the summer. So, as the warm moist air moves over a cold surface, it cools and forms advection fog — perfect for beautiful imagery. There are plenty of articles and tips on why you should add haze and fog to your shot, but let’s have a look at some tips on filming in natural fog.

Is Your Camera Weatherproof?

The fog I often see on the coast is just one type of fog that can form. If you jump to the Wikipedia page on fog, it tells us that at least ten types of fog exist. Regardless of what kind of fog you’re filming in, it’s primarily the same thing — a collection of water droplets suspended in air. Since you’re going to be operating in an environment that could damage your camera and lens, it’s ideal to have a weatherproof camera. (Weatherproof denotes seals against moisture and dust).

If your rig isn’t weatherproof, don’t worry too much — it isn’t going to be like dipping your camera in the bath. However, it would be wise to take precautions with a rain cover. Or, at the very least, allow the camera and lens to acclimate to the outside temperature and humidity. You can do this by opening your gear bag while driving to the location, or by keeping the camera in the car, while the car slowly cools down. If you don’t, you may find moisture trapped in the camera. (If this does happen, you can follow my guide here on how to carefully remove it.) 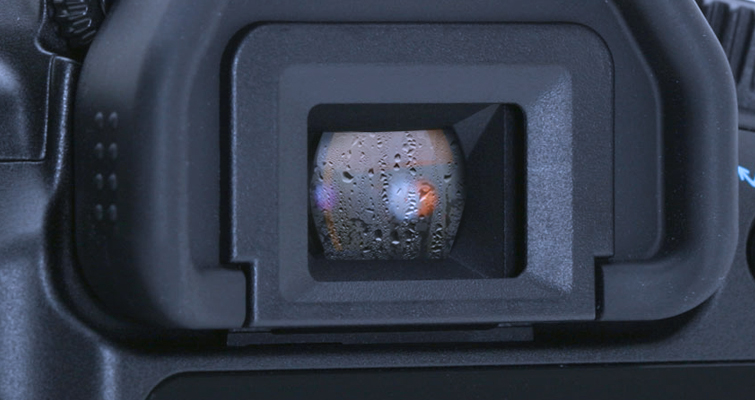 Likewise, if you instantly take the camera out of the bag and start filming in an entirely new environment, you may find condensation will form upon the lens until it has acclimated. Alternatively, if you’re only looking to capture footage of the fog moving across the lakeside, and there’s no time to waste, make sure you have a microfiber cloth to quickly wipe away the condensation.

If by sheer chance you were unfortunate enough to miss all the cues, and you’ve returned home with foggy footage of fog, you can follow the tutorial here on how to de-haze your clip. (Although, with natural haze already accumulated in the shot, the results may vary.)

An ample fog blanket is essentially a giant soft box. Even when standing near a street lamp, the fog will scatter the light, leaving no harsh shadows and a lack of contrast. While fog has this effect on light in the real world, on camera, the fog tends not to be as apparent. This is why productions predominantly use fog machines. Why? Well, technically, when standing in a fog cloud, you’re looking at the same amount of fog as there is 10 meters away. The difference is that, in the distance, you’re looking at the accumulation of fog from 10 meters, and every meter behind, as far back as the surrounding area travels. This is similar to standing in the ocean, and the water directly beneath you may be clear, but the deeper you go, the darker and more obscure vision becomes.

Enough with the science lesson; what has this got to do with filmmaking in fog? Well, if you want to convey that your character is in a thick fog blanket, but you’re filming with a wide angle, and your subject is far away, it’s going to look like the area isn’t as heavily fogged. 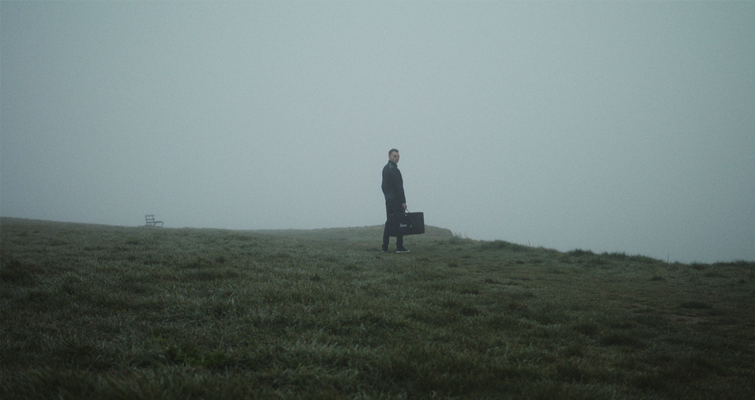 However, when you use a telephoto lens (or even a lens with a focal length longer than 50mm), it’s going to start to decompress the foreground and background. As such, your subject will look encased in a cloud of fog. The longer the focal length, the more profound the effect will be. 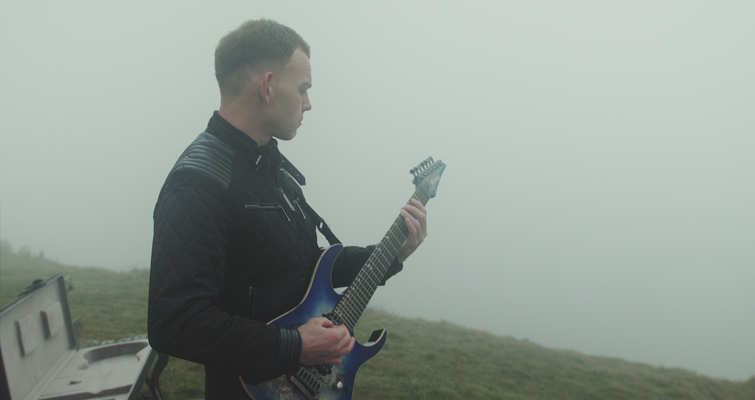 At 70mm, the subject and the area appears mistier.

Regarding exposure, fog is somewhat similar to snow. Since the fog reflects light — in the same way that snow throws off metering for photographers — your system’s reading may be telling you to reduce exposure. Often you can ignore this, if the image is sitting within legal values. However, if you’re using a budget-friendly DSLR, which works on an automatic basis, you may need to dial up the exposure 1 or 2 stops to compensate for the incorrect reading.

Since there is an inherent lack of contrast in compositions shot in fog, you may feel the need to add additional contrast once you’ve applied your camera LUT. If this correlates with the look you intend for your project, then go ahead. However, you may notice that by adding additional contrast, or even by slightly lowering the lift wheel, you lose a bit of the atmospheric fog found in your image. By adding the shadows and highlights in post-production, you’re essentially trying to fix the elements that weren’t available during the shoot. 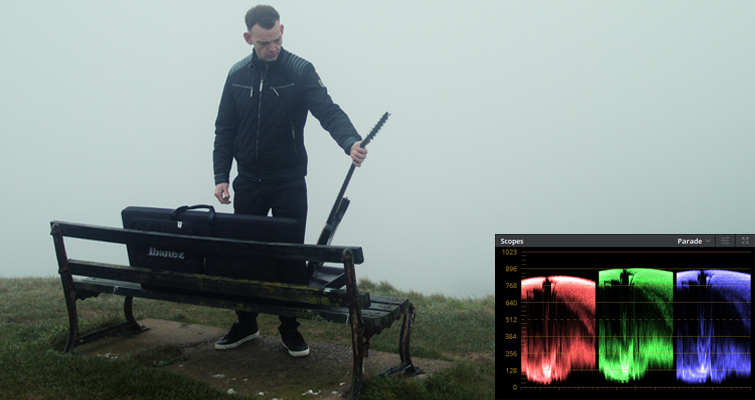 As you can see from the corrected shot, it still looks foggy. However, if you’re looking to maintain maximum fogginess — and create an eerie atmosphere — look at dropping the exposure a stop after applying the camera LUT. This, without any additional plugins, will make the fog more profound, and it will look as if the immediate area is completely encased in fog. 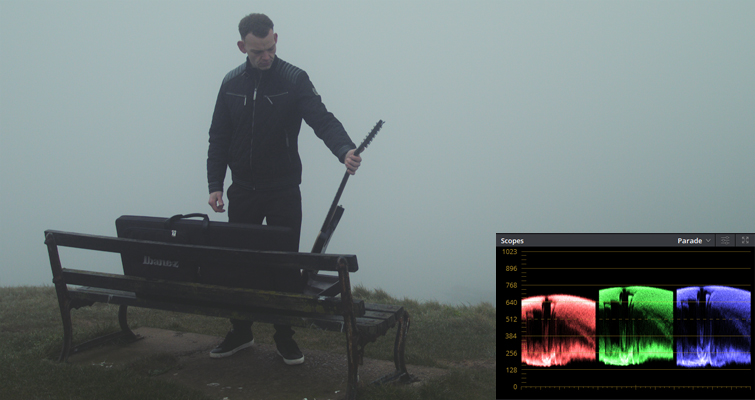 As I mentioned before, if you’ve filmed with a wide-angle lens, it may look as if the area surrounding the camera isn’t heavily fogged. This technique can fix that issue — to an extent. You can further the effect by decreasing the contrast function itself.