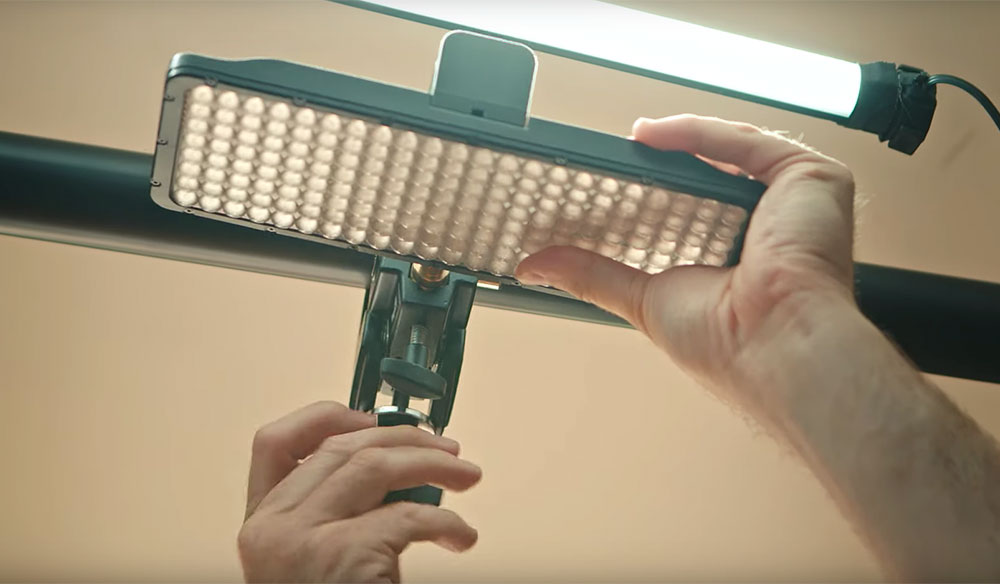 The Simple, Stable Solution to Rigging Your Lights Anywhere

So how can you position your lights exactly where you want them — without the shooting environment constraining your setup?

To get soft, flattering light, you generally want to get your lights as close to your actor as possible, while hiding them from the camera. However, that can sometimes be difficult due to the actor’s blocking or movement, or the constraints of the set.

How do Hollywood filmmakers shoot on location without getting the lights in the frame? One way is by rigging your lights to the roof. A “wall spreader” (in grip terms) is usually a 2 x 4 (or 4 x 4) piece of lumber and some metal hardware that allows you to mount the lumber against the ceiling by bracing it against two walls. This is a two- or three-person job — and slightly complicated — because you need to cut the wood to the right length. However, it does give you a stable base to rig from.

I’ve discovered a product from Impact called Varipole, which is a system for rigging seamless paper when you don’t want to nail into the wall. Kupo also makes a similar system called the Kupole. They both consist of two long poles joined in the middle by a clamp. You extend the pole to the ceiling and then pull down the crank. It then expands by about two inches, which locks the pole in place.

The great thing about Varipole is that you can get the same results as a heavy-duty wall spreader, but with two people in only a few seconds. The Varipole lets you attach different objects, such as a microphone, lights, or cameras — as long as they don’t weigh too much.

It’s important to note that the capacity of the Varipole is much less than a wall spreader. You aren’t going to be able to rig your SkyPanel S360 to it, but you can mount smaller lights, such as the Quasar T8. Another option is using something like the IntellyTech LC-50. Since these are very light, you can run a long cable and put the ballast somewhere else. 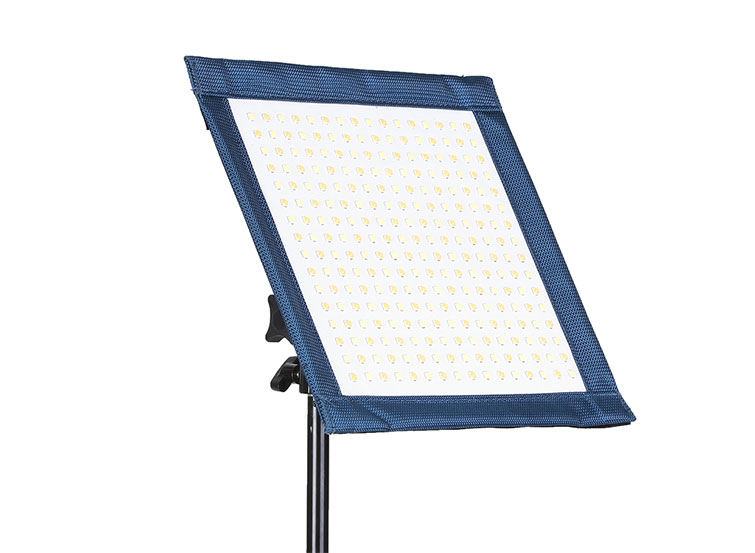 The Varipole doesn’t accommodate a lot of weight, particularly if stretched over long distances. By anchoring it to a door frame and a wall, you should be able to rig about ten pounds of equipment before it slips. It has high-grip tension mounts (that look like suction cups) on either end that stick to the wall. (It’s probably best to find the stud in the wall so you don’t bow the wall out or crack it as you crank your Varipole open.)

Impact also makes equipment that complements the Varipole. The Double Super Clamp comes at a right angle. You can add extra support to the horizontal Varipole by adding a piece of vertical Varipole, then clamping it to the horizontal one for support with the super clamps. 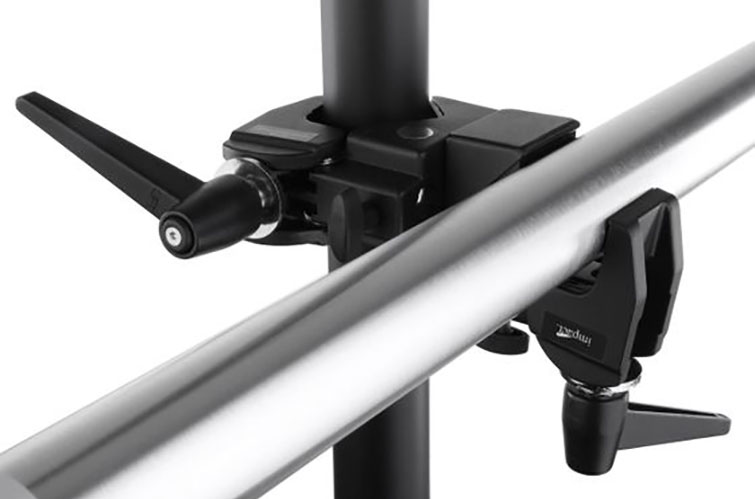 You can mount the T8 to the rig pole with Impact’s Jaw Clamp, and you can use a Small Clip Clamp that goes into the receiver — to hold the T8 — that has a rubberized duck bill. You can also use super clamps, or anything with a wide enough span that’ll clamp down hard enough.

You could also add two horizontal Varipoles, then bounce or bongo-tie Quasar tubes between them to create an entire roof of light.

This system opens up many possibilities for getting light anywhere you want, giving your actors freedom to move, and expanding your blocking possibilities. Give this rigging system a shot, and rig your lights from anywhere.