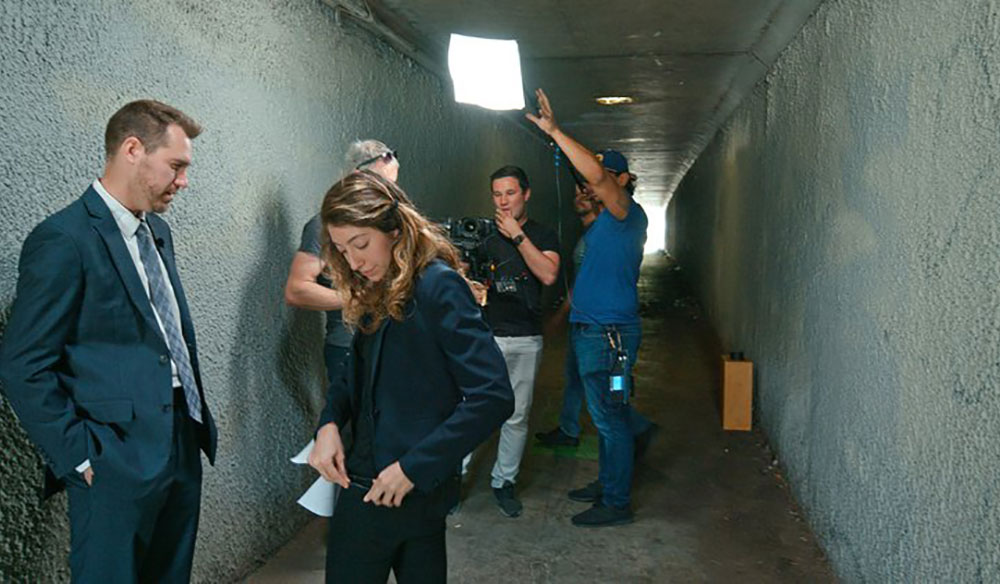 Follow Fill: The Simple Solution to Lighting a Difficult Scene

Lighting a moving subject and staying out of frame is always difficult. The solution to this problem is easy: follow fill.

The dilemma: you have to get the lights far enough back so they don’t appear in the scene yet close enough to make the subject stand out from the background. It poses an added problem if you’re shooting outside, or in a dark location, or your subject covers a lot of distance.

Follow fill is a light (usually a battery-powered LED) on the end of a pole that a grip or gaffer carries above the camera. The light should be as close as possible to the axis of the camera so it doesn’t create extra shadows — and so the viewer doesn’t see movement. To make the light as large (and as soft) as possible, it will usually be in some type of china ball diffusion. This will allow it to get extra light on your subject, making it brighter than the background.

Follow fill is a great technique for adding extra illumination when you’re filming in outside locations (such as a city street) and there is no way to rig lights along the pathway of the camera-move. Even if you did rig static lights, they would keep illuminating the background, cutting into that separation you want between your characters and background.

The great thing about follow fill is that due to the “inverse square law,” the light only travels at a bright level for a couple of feet. Therefore, if the person holding the follow fill keeps it two or three feet in front of the talent, you’re going to get an actor who pops out of the background and is far brighter.

You can see this technique in the movie Deadpool 2 when the protagonist is running in slow motion. There was nowhere for the crew to place a light soft and bright enough that the audience wouldn’t have seen it as the camera pulled back. 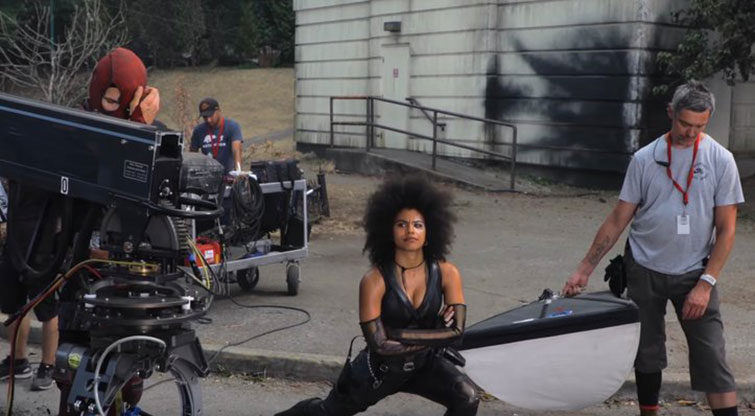 You can see another example in Black Swan when Natalie Portman walks around the city streets at night. The grip holds a light on a boom pole below Portman’s eye-line to create an up-lit, uncanny effect. The only alternative solution for this would’ve been to rig a soft light source twenty feet above the path, which is very expensive, hard to power, and extremely loud. Just by placing this light source in a china bowl, in front of Natalie Portman’s character, you can effectively separate her from the background.

In normal filming conditions, there’s usually a boom operator holding a microphone almost at the same place as the Follow Fill, in order to negotiate between both the microphone and the light. You can also shoot these types of scenes without sound, or rely on wireless lav mics. This allows the person holding the follow fill to get as close as possible to the actor while staying out of the frame. Anyone who knows how to swing a boom on set and keep it out of the shot can do this job.

On a recent shoot, we used an Intellytech LC-50 on a boom pole for a follow fill. It’s powerful, light, battery-powered, and you can run the cable down the boom pole onto the operator’s belt. This will yield a very bright light that can run for two hours off a 98 watt-hour V-mount battery. 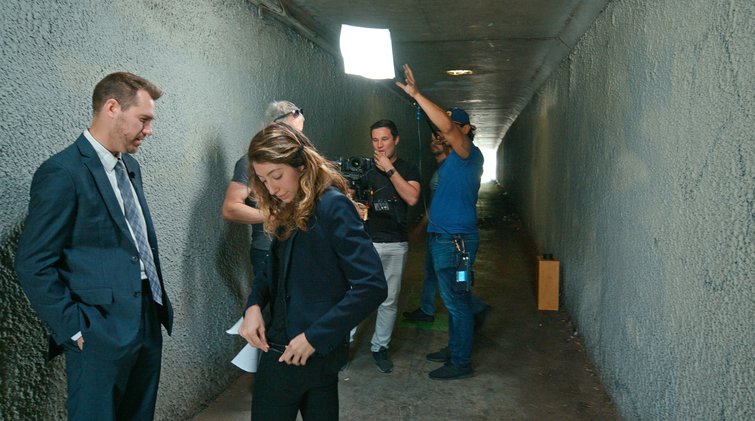 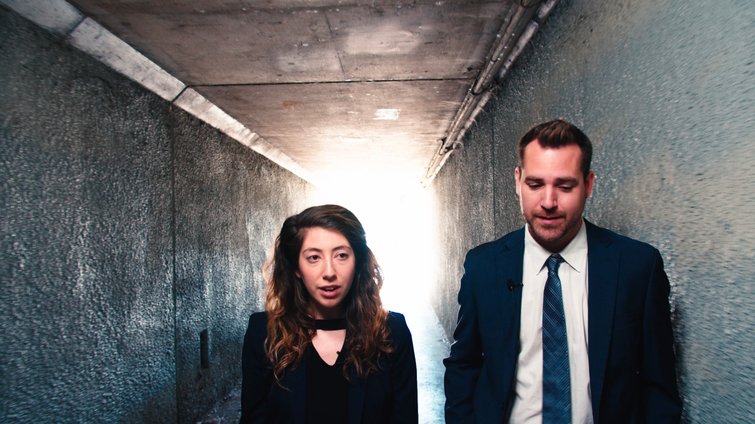 You can also use follow fill with a reflector, such as a piece of polyboard. Someone offscreen shines a bright Fresnel-style lens onto the reflector that a grip carries in front of the actor. (This requires coordination.) You won’t be able to move as far with this method, but it removes the wires and batteries from the equation, and it can get you out of trouble. I’ve also seen it used when the actor’s actually holding a flash light, and it bounces off a piece of polyboard to create a fill light.

Even though there are plenty of different ways to do this, the central principle is that a light moves with an actor to add illumination, and when the camera swings around, you won’t see anything you don’t want to.