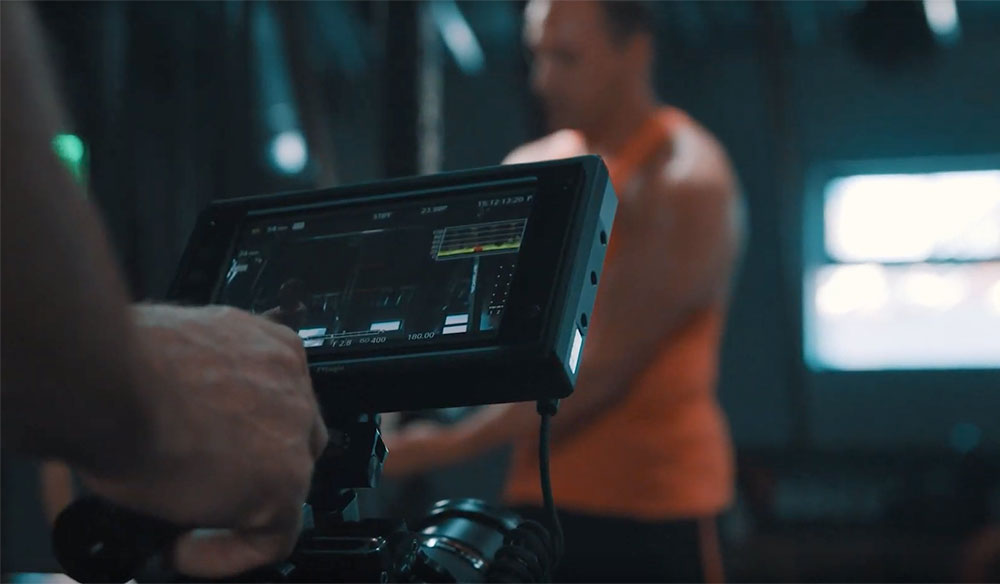 How to Shoot a Training Montage for a Sports Film

Training montages are central to every sports film. In this video tutorial, we find out what goes into shooting a great one.

To figure out the best way to approach a training montage, we were lucky enough to find Olympian Steven Benedict, who agreed to be our test subject. We used the gym where he trains in Culver City. Here’s what we learned.

Rocky set the standard for training montages in 1976. That first film inspired countless other sequences because it tapped into something primal. It uses a central motif — in this case Rocky’s running — to show the hero progressing physically and metaphorically from his humble, working-class origins to the top of the world, represented by the steps of the Philadelphia Museum of Art.

We chose five exercises to juxtapose against a tracking shot of Steven running. What I learned was not to get too caught up in any one setup, but to get coverage of each one from a variety of angles and shot sizes. I also tried to get progression — from beginning an exercise to struggling with it and finally perfecting it. I shot a blend of wide-angle shots that show the exercise, as well as tighter shots that show the athlete’s face, and what’s going through their mind as they struggle.

You can fake shots if you need to (by placing the athlete’s legs on a box for close-ups) so you can get the number of reps you want at a consistent intensity. It also helps to shoot two or three cameras so you can get multiple shots on the same take.

We shot for two and a half hours and ended up with a total of ninety-six usable shots from our A Cam, the Canon C200 and B cam, the Blackmagic Pocket Cinema 4K. Once I had the shots I needed, I made subedits in Premiere of each exercise, then intercut these with the main edit of Steven running.

Then, I added music, and tweaked the cut so that big moments coincided with key moments in the music. I think what we ended up with has impact and dynamism, and it tells a story — all in just over a minute.

Beyond just training montages, I really found it helpful to analyze the same kind of scene in multiple movies, to see what worked and what didn’t, and then try it out for myself. I encourage filmmakers out there to do the same kind of thing with a type of scene they love.

Looking for more tutorials on film and video production? Check these out.