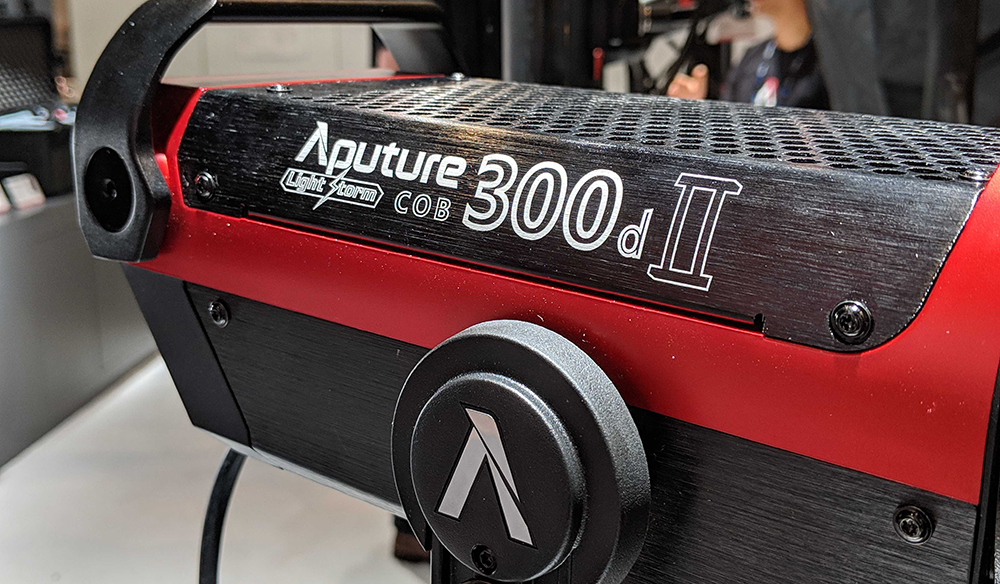 Aputure has become the go-to lighting company across all aspects of production. Even their smallest lights pack a punch at a reasonable price. Well, it seems like they’ve done it again with their new 300d Mark II. (This hasn’t been officially announced yet, so as we hear from Ted and the team at Aputure, we’ll update this post with details.)

They’ve also finally finished the LEKO attachment that we heard about at NAB 2018. The mount is supposedly called the “Spotlight Mount.” Also they’re finally releasing their answer to the ARRI Skypanel with an RGBW Light that comes in around 1/3 of the Skypanel’s price. There’s also now an Aputure App that allows you to control your lights from your phone.

There’s a lot to look at, so let’s get right to it.

The new light is 20% brighter than the 300d. The power ballast comes with a C-stand attachment, so you don’t have to hang it by wires, and there will be 8 lighting presets, such as strobe, explosion, and flash. You can also power the new light with two V-mount batteries. 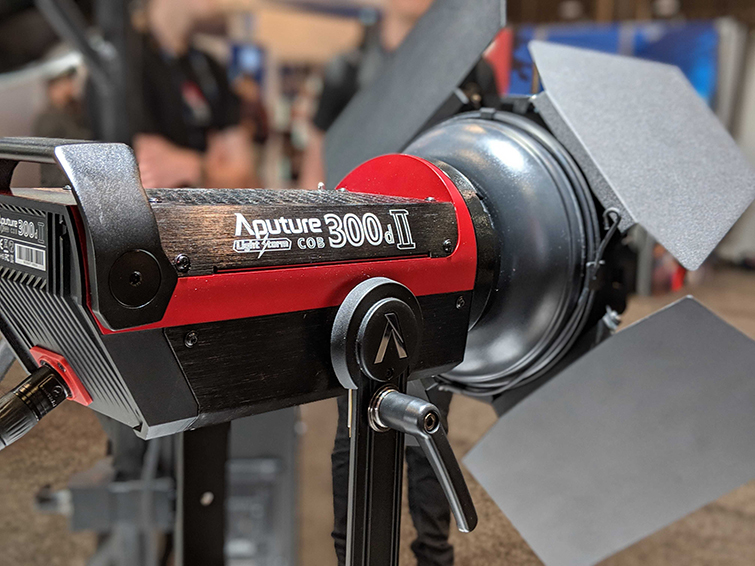 Aputure clearly keeps outdoing themselves. Whether it’s the control box or the power of the light, the company never stops listening to their customers and making the gear that we all want. Aputure will save us all. (I say this all the time, but I actually mean it this time . . . like, totally). 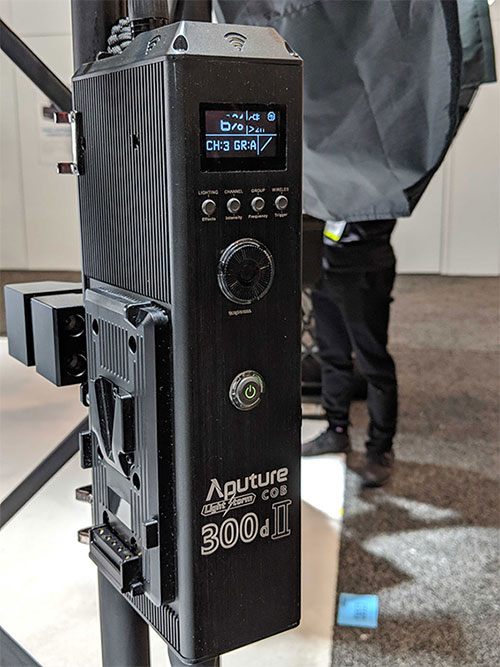 Remember last fall when Aputure announced they were woking on a  LEKO attachment? Well, here’s what they’ve done: the new Spotlight Mount. It’s glorious, and we’re not worthy. Here’s hoping we see it released sooner rather than later. 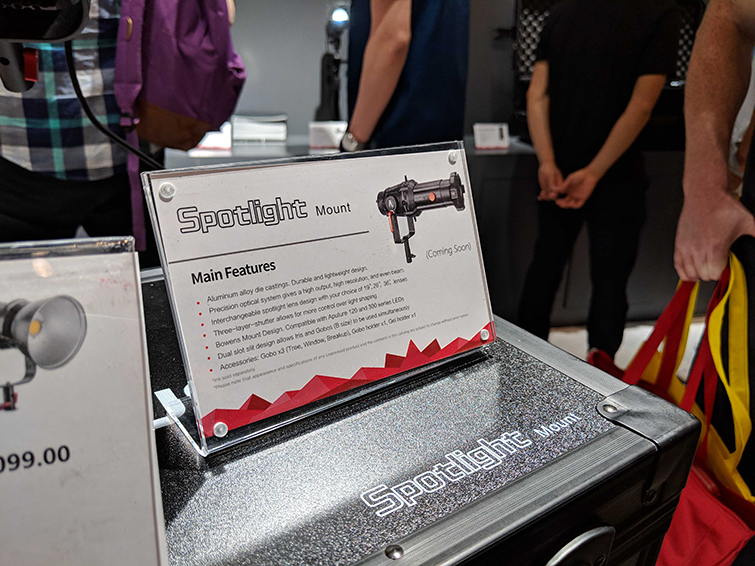 Here are the specs for the mount: 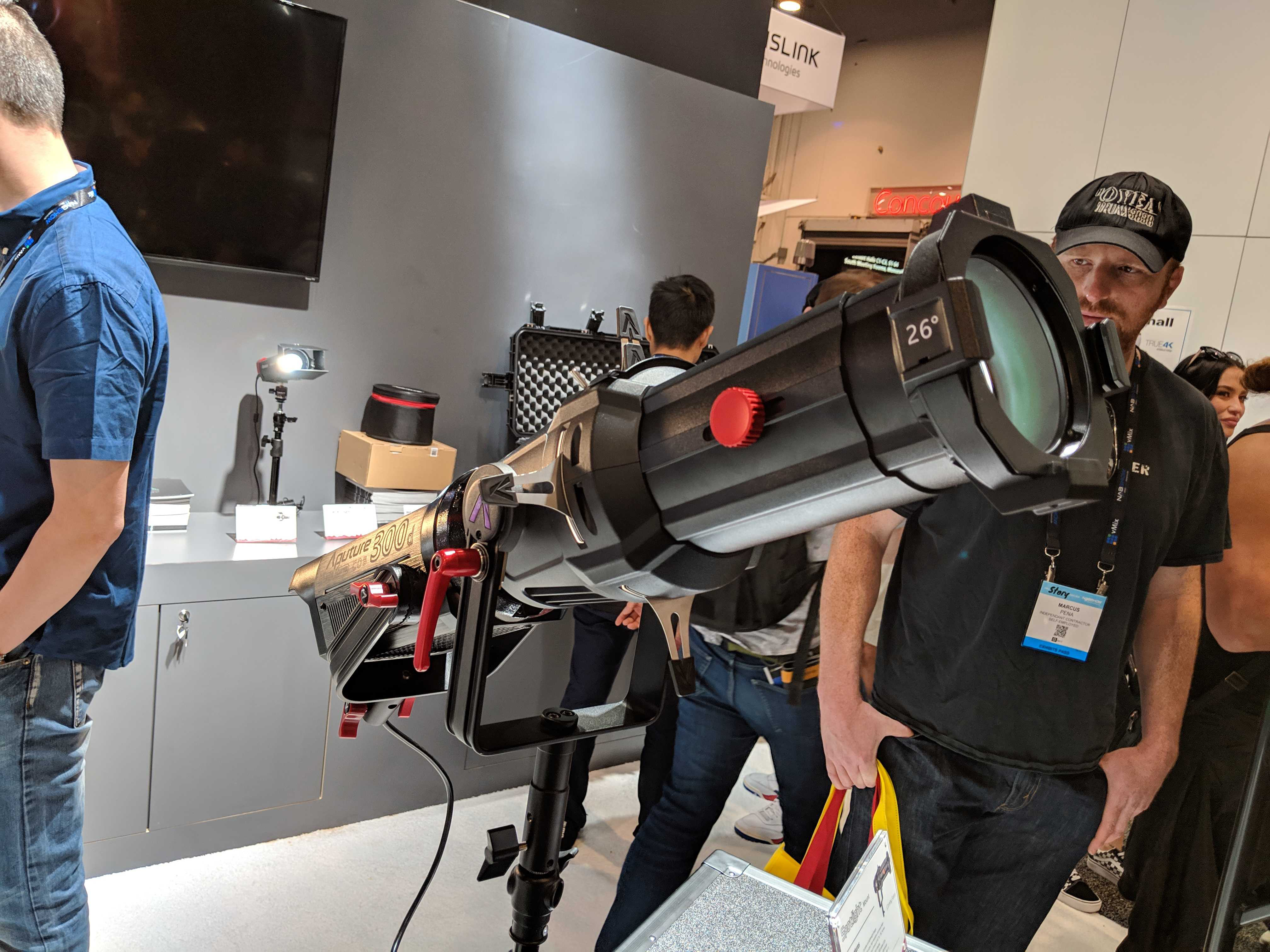 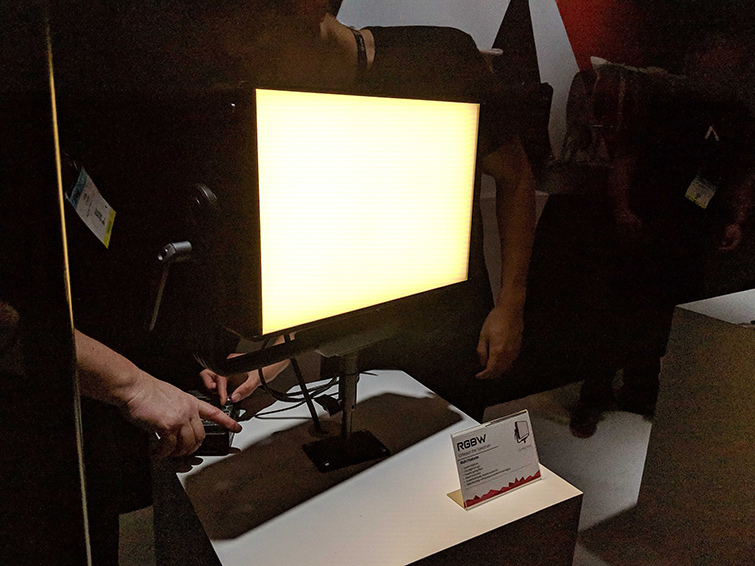 Aputure’s answer to the ARRI Skypanel is here. The new light supposedly offers full color spectrum and saturation customization. Earlier, we covered the LiteMat Spectrum, and here we have another solution that gets rid of gels completely and focuses on lighting-based effects. 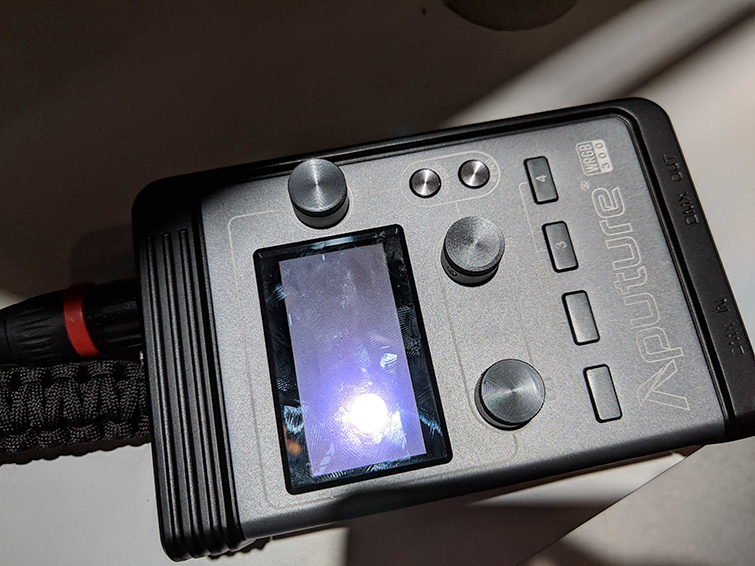 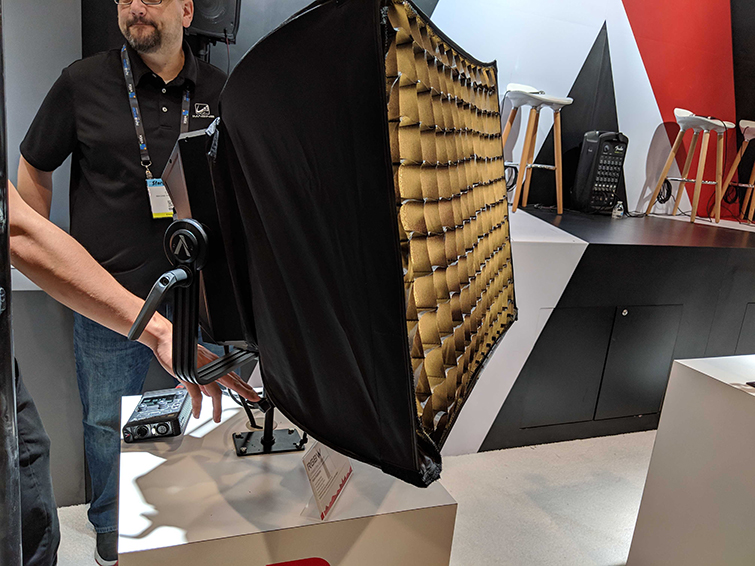 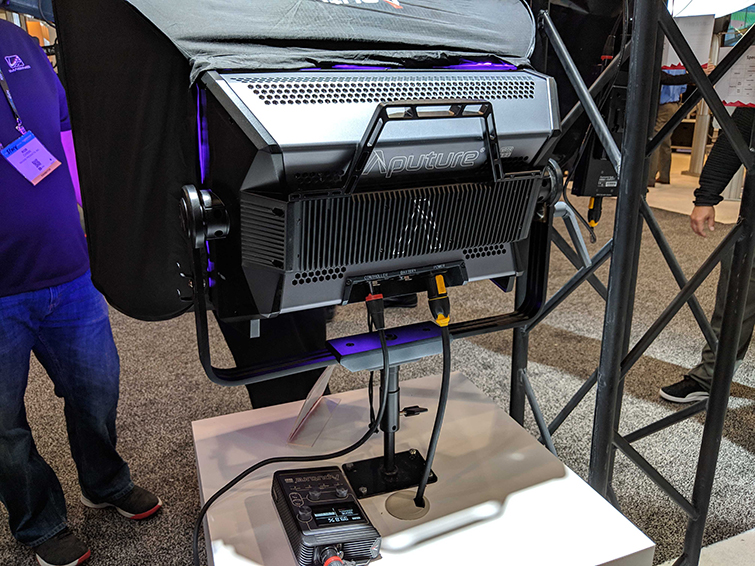 The controller for the light has preset gel settings. And you can control all this with the new Aputure app. They’re really pulling out all the stops here. The app can work with the 120, 300, and RGBW lighting models, allowing you to control the lights and save presets. 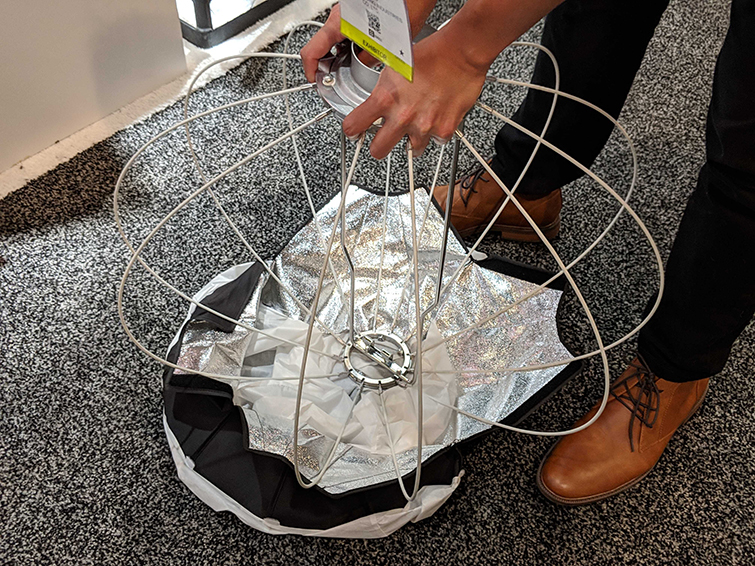 The new lantern attachment wants to get rid of flimsy, unreliable china balls and reduce the time you spend setting up lights. With supposed breakdown and setup times of 30 seconds each, Aputure’s new lantern looks like the fast shooter’s best friend. 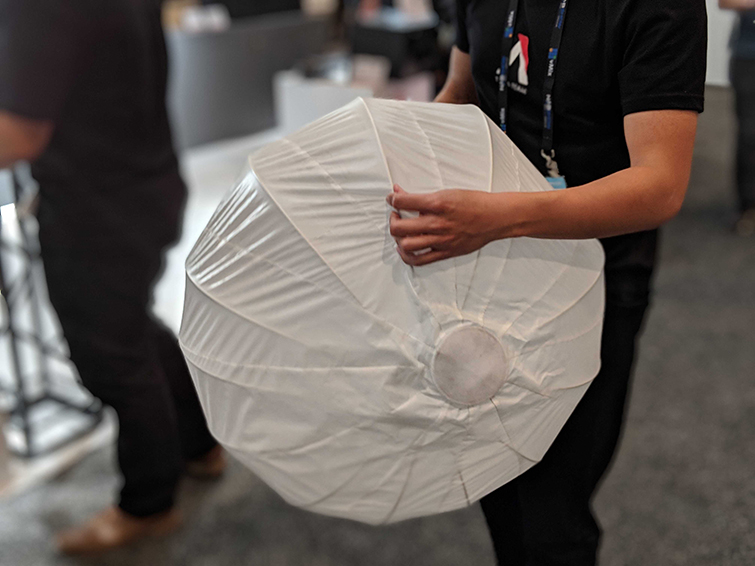 For more NAB 2019 coverage, check out these articles.