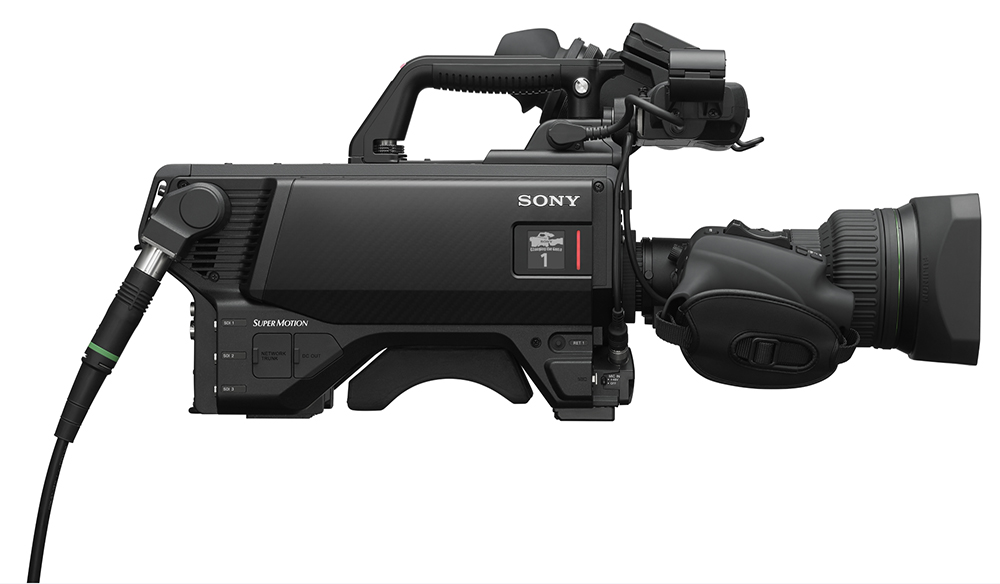 Sony begins their week in Vegas by announcing their latest addition to their studio/professional camera lineup: the impressive HDC-5500. If you’ve followed Sony’s past lineup including the HDC-2500, 2570, and the most recent HDC-4800, you’ll know that the 5500 is a step up in many ways, including the global shutter technology that brings the beautiful color reproduction.

The camera has a new 4K baseband transmission system, making it an ideal candidate for wireless and Steadicam camera systems. 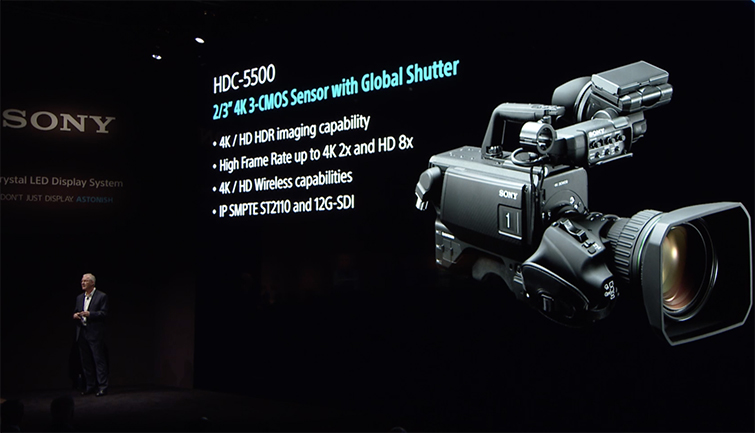 The new HDC-5500 is a beast when it comes to high-definition, slow-motion capture, perfect for any multi-cam setup for performances or sporting events:

Dual optical filter wheels for Neutral Density (ND) and Color Correction (CC)* open up wider creative possibilities. Both filters can be controlled from a remote control panel, master setup unit, or directly from the camera head. 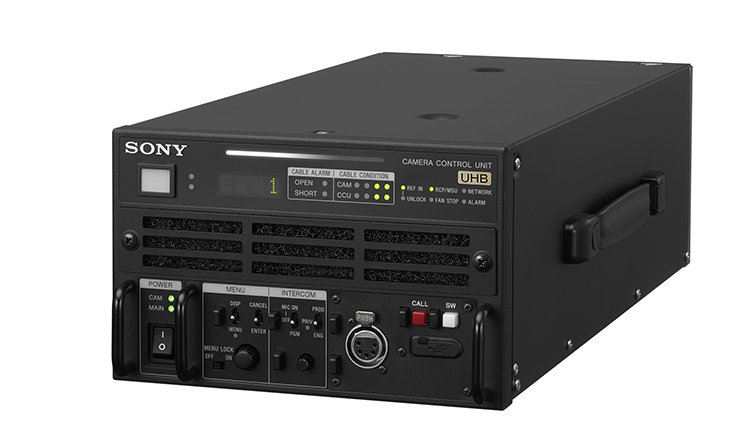 Sony also announced the companion control unit for the HDC-5500 as well. It’s called the HDCU-5500 and it’s the best possible solution for getting the most out of this broadcast monster.

The HDCU-5500 Camera Control Unit is designed for operation with the Sony HDC-5500 4K/HD system camera. It provides interfaces to external equipment and power supply to the camera in a compact, portable half rack width 3U form factor that’s ideal for OB production environments. Offering a 12G-SDI and 4K output interface as standard, the CCU also provides a pathway for IP and 12G-SDI capabilities as an option, including IP on HDC Series optical fiber studio cameras. Combined with the HDC-5500 camera, the HDCU-5500 enables two 4K signal lines of ultra-high bit-rate (UHB) optical fiber transmission, supporting shooting in various capture formats with an additional 4K video trunk line.