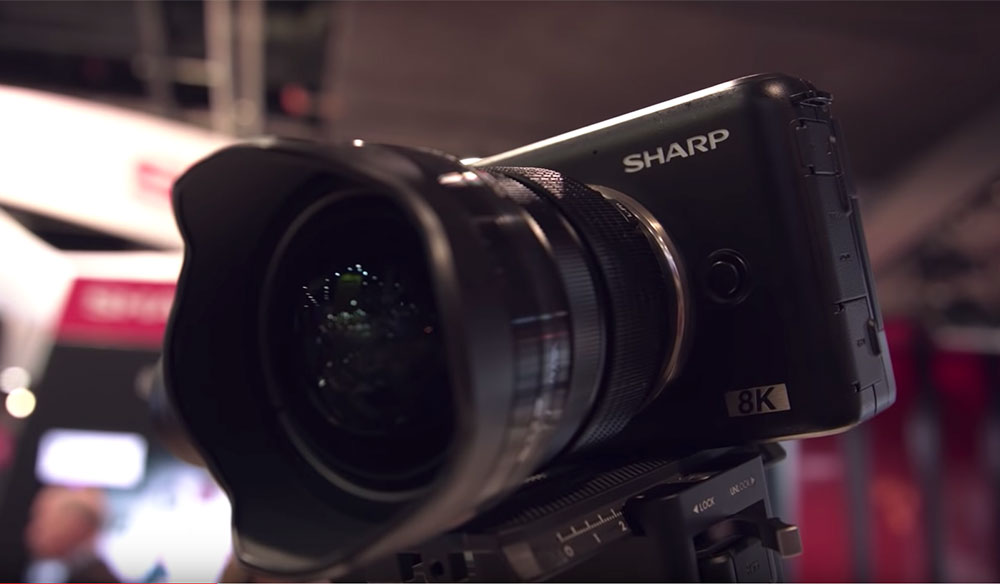 Sharp announced their 8K micro four thirds camera last year, and this week at NAB, we finally get to see what the hype is all about.

In the past year, we’ve seen some pretty surprising camera announcements from some unlikely companies. Blackmagic Design’s Pocket Cinema Camera 4K was a big moment for low-budget (and high-budget) filmmakers due to the range the camera offers at such a low price. Cut to last fall, and Sharp (yes, Sharp) dropped an announcement about a forthcoming 8K micro four thirds camera release. I was definitely skeptical — as I’m sure you were, too. But with production underway on the camera, we’re starting to see some actual evidence this might be a decent piece of equipment.

The camera is currently on display at NAB, and people are finally getting their hands on it. Let’s take a look at what they’re saying about the little 8K engine that could.

When asked about micro four thirds over mirrorless in low-light shooting, Kaino-san says it has to do with focus. Sharp’s goal was to keep usability in mind when designing the camera. As for the sensor, they’re using their very own 33 megapixel micro four thirds sensor for the camera.

Cinema5D also got to take the camera out for a few test shots. They could only shoot for a brief period of time in one location, but the footage is interesting, to say the least.

No Film School also got in on the action. Speaking with Steve Brauner from Sharp, one of the biggest standouts that emerged from the 8K camera is the swivel display screen on the back. So, not only is the camera an 8K micro four thirds compact, it’s also perfect for vlogging and YouTubers. The price tag right now is $4,000, but who knows where it will actually end up upon release at the end of this year.

So for now, all we can really do is wait to see how the final product ends up. I know I’ll certainly be interested to see what creators think once the first few models head out for full review.

Here are the official specs for the Sharp 8K micro four thirds camera:

Top image via No Film School.