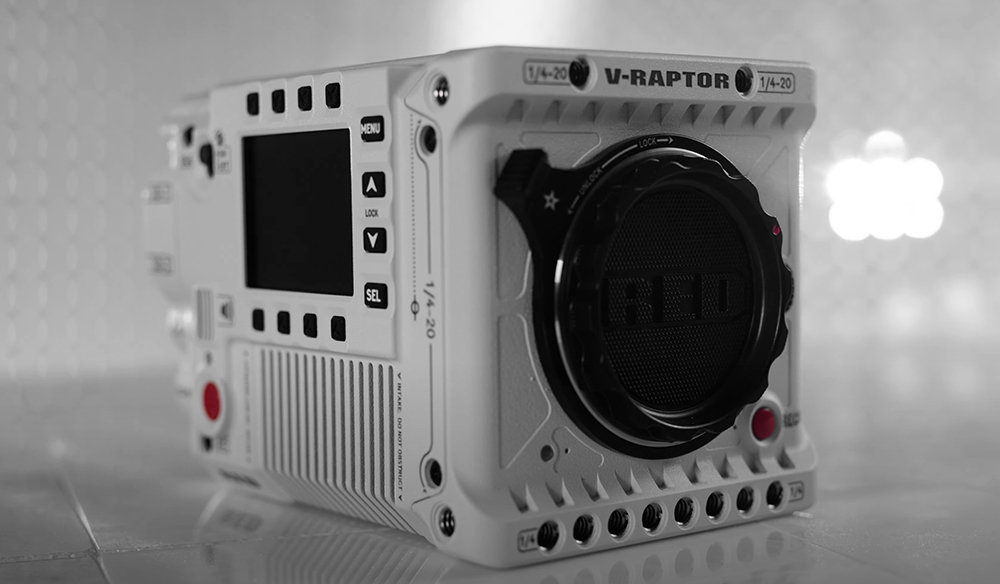 The new flagship camera and sensor from RED is looking to be quite the game-changer. Let’s take a look at how.

Today RED Cameras announced their new “flagship” camera, the V-RAPTOR ST. So, technically, this is the first camera in their third generation of RED stills and motion picture camera lineup.

Take that information as you will, but it most likely means that each subsequent RED camera release will have some resemblance to this one in some capacity.

So, let’s look at what this bad boy entails.

What We Know So Far

Here’s a little about the new camera, straight from RED:

Featuring a groundbreaking multi-format 8K sensor, with the ability to shoot 8K large format or 6K S35, it unlocks the largest lens selection of any comparable camera on the market and allows shooters the ability to always deliver at over 4K.

The sensor also boasts the highest recorded dynamic range of any RED camera and the fastest ever cinema quality scan time. With a dynamic range of over 17 stops and featuring scan times 2x faster than any previous RED camera, allowing users to capture up to 600fps at 2K.

Anywho, RED put out this flipping sick new video, with hip music and epic visuals. Makes me wanna go do some push ups and punch stuff!

One of the specs that kind of stood out to me was 600fps at 2K. So, when I was waiting for the livestream release of this camera on YouTube to start, I saw a comment that said, “It’ll probably just be another slow-motion camera,” which I laughed at because, well yeah, I’m sure it will do well with slow-motion.

RED didn’t disappoint in this regard. But yeah, pretty standard stuff here as I’m sure we’ll start seeing some demo reels and productions using these. If anything, I’m curious to see what happens with the next iteration of the Komodo, seeing as that camera has really surprised me with how popular it’s become.

Expected to ship in three to four weeks.