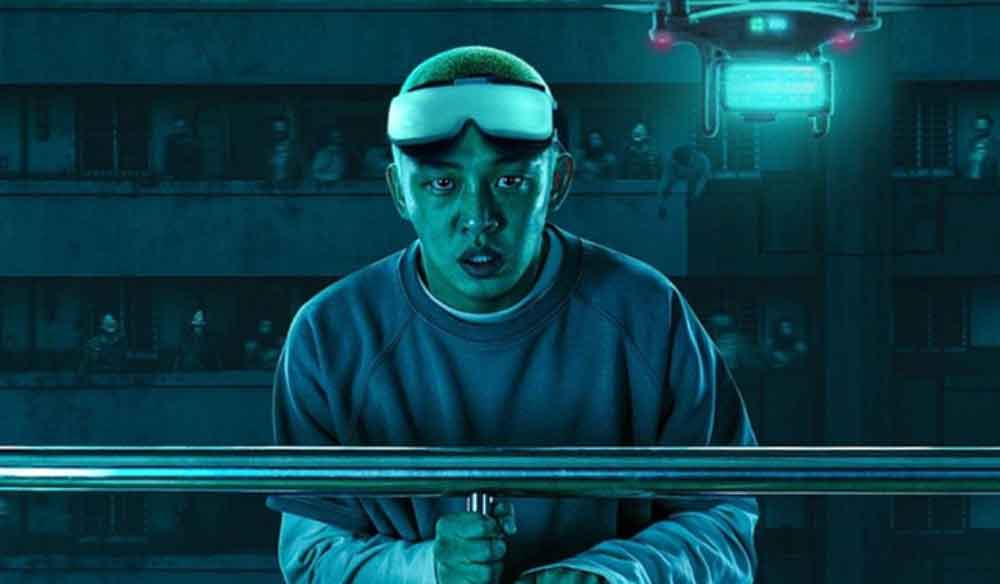 Looking at both classic and recent examples, we trace all the core genre elements you’ll need for your zombie shorts and features.

Even if you try to kill it with a bloody shovel, the budding zombie horror genre will just not die. From its earliest roots with films like I Walked with a Zombie (1943) and Night of the Living Dead (1968) to new blockbuster features like Zombieland: Double Tap (2019) and Army of the Dead (2021), the zombie genre is still alive and kicking—and flesh-eating.

But, what makes a zombie movie a zombie movie? Besides, you know . . . zombies? While those loveable brain-eaters might be one core characteristic, the hallmark filmmaking elements of zombie movies can be found in the scripting and casting, the costume and makeup, plus other homages and tropes.

While there are notable exceptions to this zombie film element, the majority of zombie films employ an ensemble cast. This is helpful for a number of reasons. Most notably, it simply gives you more characters to have bumped off as the narrative progresses. Some amazing examples include Dawn of the Dead or the recently aforementioned Army of the Dead, which follows multiple characters on their zombie-purging journeys.

However, just because you have a main ensemble cast, you should really look towards having at least one or two characters as your “main” leads who will be the last alive (if you choose that avenue, of course). The relationships with the other characters should be built up and maintained, but save the majority of your narrative work for these final survivors.

From a genre perspective, zombie movies are actually rife with opportunity to cross genres and pull elements from other film types. If you look simply at the narrative mechanics that help set up the world in which many zombie movies exist, you can find traces of sci-fi genre films.

Sci-fi films are excellent fodder for disaster narratives, as the fear of future technology can help inform human-made catastrophes, including nuclear events, massive storms, or even zombie outbreaks. It’s interesting to study how different filmmakers have wrestled with these sci-fi elements in their zombie films. It’s up to you just how many sci-fi genre elements you might want to include as you explain how zombies might exist and what brought them into your filmic world.

Along with sci-fi elements, the other genre most closely related to zombie films is, of course, horror. Horror genre films come in many different shapes and sizes, from slashers to folk and body horror to the popular found-footage. However, just because zombie horror might be a sub-genre all to its own doesn’t mean you can’t take tropes and scares from other classic horror elements.

Some perfect examples of using other types of horror filmmaking tricks in your zombie projects can be seen with the many different types of jumps and scares you’ll find sprinkled throughout many zombie movies. Films like 28 Days Later and its sequel 28 Weeks Later are notable for pushing the zombie genre further into pure horror styles, with plenty of suspenseful scenes and big jump scares around every turn.

4. Homage to the Classics

It’s always smart to research a movie idea and genre before diving in. With zombie films, there are a lot of fun, classic examples to comb through over the past few decades. Zombie films in particular are notable for how much they borrow from one another.

Perhaps the best example of this homage can be found in how many zombie films choose to name themselves. While we can find plenty of early zombie films from the 30s and 40s, the birth of the modern zombie genre comes with the films of George A. Romero’s  Night of the Living Dead (1968) and Dawn of the Dead (1978).

His “of the Dead” naming scheme has been copied and homaged throughout the years with examples like Shaun of the Dead, One Cut of the Dead, and the recent Army of the Dead. It goes further than just names and titles though, as zombie movies over the decades have left subtle references and thematic homages for zombie fans to see if they can catch and enjoy.

If you’re looking for specific zombie film tropes to add to your script, look no further than the zombie infectee trope, which pops up time and again throughout all zombie fiction, including films, comics, literature, and all manner of fanfiction circles.

You’ve probably seen a zombie movie where this happens. One of your ensemble characters is bitten or infected during a short skirmish. The infectee, more often than not, realizes that he or she has become infected and is most probably doomed. However, instead of alerting the rest of the crew, they’ll attempt to hide their infection—often with disastrous results.

It’s important to note, though, that while this trope has been used countless times in zombie projects, it doesn’t mean you have to use it exactly the same way in your projects. To truly progress the trope and genre overall, consider other alternatives to having one of your characters infected. What if they don’t hide it? What if they acknowledge it to their team? How would your characters react? What decisions would they make from there?

Outside of narrative choices, many of the zombie filmmaking elements for your film are going to come from the presentation of the zombies themselves. Again, you have a lot of questions that you should ask early on. What type of zombies are you dealing with here? Do they have rotting flesh and missing chunks? Or, do they look more human with red eyes and sweaty skin?

To many, what makes a zombie movie standout are these presentational elements. Hardcore fans of the zombie genre enjoy dressing up themselves and are always looking for cool new zombie aesthetics. Along with doing your research into other classic zombie looks, you can experiment with zombie designs of your own through costumes, makeup, and even post-production techniques using some of these resources below:

Finally, one element of zombie films you’ll find repeatedly is the open-ended ending. For whatever reason, zombie movies make terrific franchises—Zombieland, Resident Evil, and The Walking Dead, to name a few. Even Zack Snyder’s Army of the Dead is a spiritual sequel to his Dawn of the Dead, set to provide spin-offs and a possible sequel of its own.

For more genre filmmaking insights, inspiration, and advice, check out these articles: