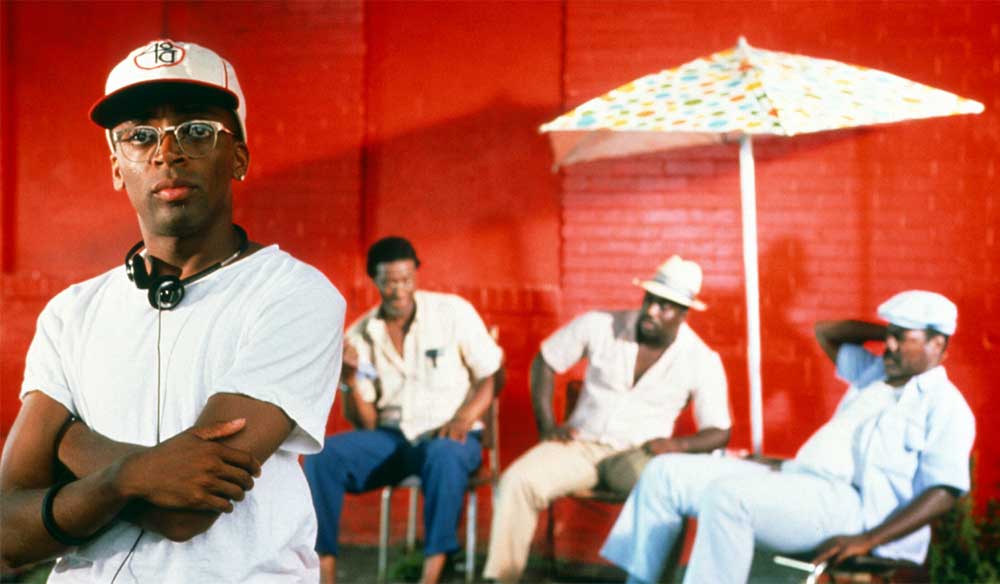 5 of the Most Visually Warm, Nostalgic Films Ever Made

Check out some of the warmest movies of all time as we explore what makes them so visually bright and alluring.

When one thinks of warm movies, my mind immediately goes to one montage sequence from Spike Lee’s Do the Right Thing. In the series of shots, Lee uses every filmmaking trick in his arsenal to inform the viewers that you’re on the bright, hot, bustling inner-city streets of New York City. Newspaper headlines declare it the hottest day of the year, spicy music pounds your ears, and you feel a visual wave of relief as the characters burst open a fire hydrant to help them cool off.

And, while many elements of this famous scene come from direction, soundtrack, characters, and action, there are even more ways available for filmmakers and cinematographers alike to create warmth visually on the screen. Let’s take a look at five of the most visually warm films ever made and explore how these filmmakers were able to light, frame, and paint these images to emote bright, sunny, and warm.

Starting off the list, we have the hybrid sci-fi / rom-com Her, written and directed by Spike Jonze and shot by cinematographer Hoyte van Hoytema. While perhaps known for its brilliant performances by leading actor Joaquin Phoenix and the voice of his digital love interest Scarlett Johansson, the film makes wonderful use of color and warmth, as it tells a tale that’s surprisingly real and heartwarming—if not a bit odd and too good to be true.

For this particular warm look, Hoytema uses an array of cinematography tools including his hallmark penchant for shallow depth of field. However, as you can see in this in-depth cinematography breakdown (below) by the Cinematography Database Fan on YouTube, the warmth of Her really comes from a myriad of elements, including lighting, locations, prop design, and (of course) color correction and grading.

2. Do The Right Thing

As I confessed at the beginning, the visceral heat of Spike Lee’s Do The Right Thing might be one of the best textbook examples for visual warmth in cinema. Lee doesn’t work alone though, as a lot of the warmth and compositions are owed to cinematographer Ernest Dickerson and his work behind the camera.

Dickerson and Lee notably make creative use of framing techniques and devices to create a world that’s being overwhelmed by stifling heat. From using close-ups and wide-angle lenses, you can literally see the beads of sweat rolling down each character’s face as the bright sunlight beats down on the rooftops and sidewalks, creating harsh shadows throughout. Here’s a breakdown on how Do the Right Thing continues to visually, and narratively, turn up the heat.

Perhaps one of the best modern examples of warmth in film, Wes Anderson’s Moonrise Kingdom is another pastel-laden homage to a simpler, warmer, and more nostalgic time. Like many of Anderson’s films, his color palette is specific and paints a visual tapestry. This is typical of Anderson’s sensibilities, as well as unique for this particular setting and story.

While the cinematography by longtime Anderson collaborator Robert Yeoman is the usual mix of symmetric framing and classic camera moves, the set, props, and production design are all crucial for creating such a warm look and film. From the khaki scout uniforms to the prevalence of hazy yellow indoor lights, the film creates warmth simply with its carefully curated props and design. The editing and grading reinforce this warmth as well.

Moving from the modern to the classic, it’s important to give credit where credit is due. Without pioneer filmmakers like Agnès Varda paving the way for cinematic warmth and realism, we wouldn’t have films like Moonrise Kingdom or Her today. One of the most famous examples of Varda’s distinctive looks and color palettes comes from her seminal French New Wave classic Le Bonheur.

As you can see in the trailer below, Le Bonheur is a fascinating subversion of many of the themes, which it projects with its warm colors, bright outdoor settings, and loving family. Without giving away any spoilers, the cinematography shots by Varda collaborators Claude Beausoleil and Jean Rabier very much become part of the plot, with the warm visuals and scenic flowers taking on a new meaning as the film develops.

Finally, one of the most visually stunning films of all time, Days of Heaven is filmmaker Terrence Malick’s visual love letter to warm colors and never-ending sunsets. Considered one of the best-shot films of all time, Malick—with cinematographers Néstor Almendros and Haskell Wexler—paints a picturesque view of turn-of-the-century farming life in the Texas panhandle.

Undoubtedly, there are some phenomenal scenes in which the cinematography creates dark nights and biblical hellscapes. But, the majority of the film is famous for Malick’s decision to shoot so many of the scenes and sequences at twilight.

The end result is an entire film coated with the warm, shadowless colors of magic hour. It’s also the perfect inspiration for any filmmaker who’s looking for inspiration and examples of just how powerful time of day and the sun can be for helping to create warmth, giving your projects that sunny halcyon glow.

For more cinematography tips, tricks, and advice, check out these articles: