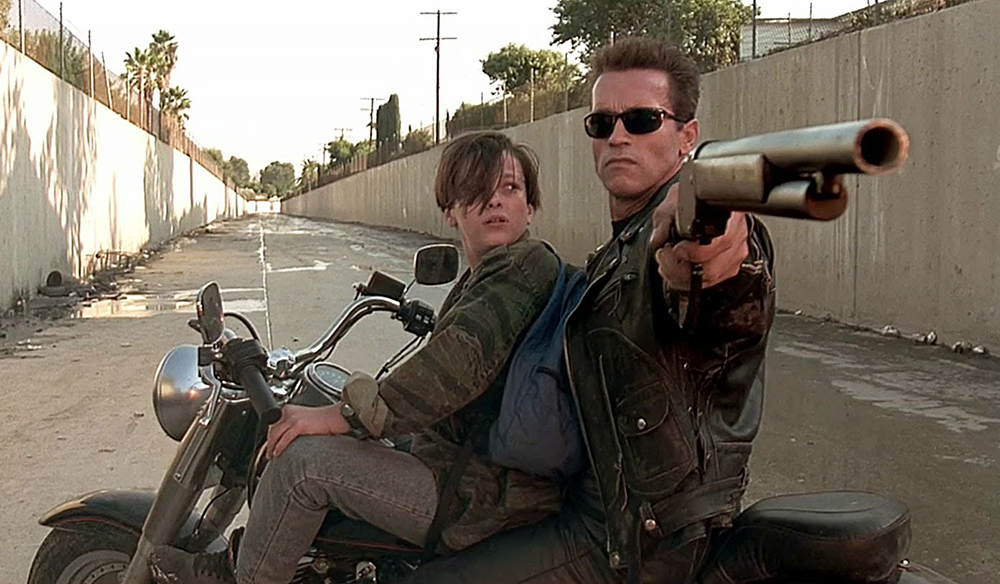 Genre Insights: 5 Things You Need to Make an Action Movie

If you’re looking to dive into the ultimate film genre, here are five things you need when making an action short or feature.

I love action movies. In fact, I’ve dedicated a good deal of my life to watching, appreciating, and writing about action movies — specifically those from the ‘80s and ‘90s. Outside of writing here for PremiumBeat, I also run a fan community dedicated to action movies called the Ultimate Action Movie Club.

As a filmmaker, my fascination for action has piqued in the last few years, as the classic action movie formula has made a resurgence. Not counting the recent superhero boom (which I did finally dive into and write about here), we’ve seen some recent action blockbusters among the likes of John Wick, The Raid, and Taken — as well as the resurgence of franchises like Mad Max, Death Wish, and Mission: Impossible.

The action movie genre has proven to be both a reliable box office draw and a solid streaming option, with titles that remain popular for years and often quickly spawn into major blockbuster franchises. 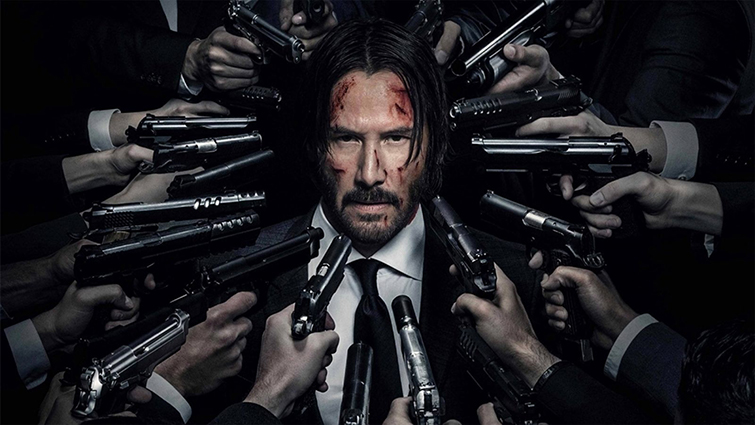 Image from John Wick (via Lionsgate).

First and foremost, action movies live and die (literally) with their heroes. While there are some examples of ensemble casts (like The Expendables) or buddy-cop duos (like Lethal Weapon), at their hearts, every action movie needs a singular, strong, courageous hero.

While the action movie hero can certainly have character flaws — a disdain for protocol or a filthy chain-smoking habit — the likability of the hero is often what ultimately decides the success of the film. That’s why action movies are such star-driven titles. The actors or actresses take on larger-than-life personas, making fans want to see them again and again. 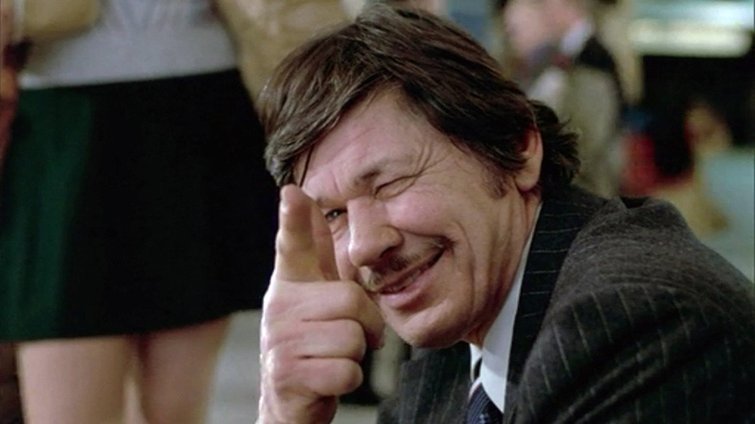 More often than not, an action movie’s plot is going to be solely fueled by some sort of revenge or vengeance (or Avengement?) that will power the narrative from start to bloody finish. Perhaps the most on-the-nose example of this would be the original John Wick film (as well as the subsequent sequels), which are based off one single event that propels Keanu Reeves’s John Wick into action.

The tropes are all pretty similar — a kidnapped daughter in Taken, an attacked family in Death Wish, a platoon systematically wiped out in Predator — all vehicles in casting your hero unhinged into the world of revenge.

This is not an absolute requirement in every action movie. There are many action movie heroes who are simply all-powerful (like Arnold Schwarzenegger in Terminator or Steven Seagal in any of his movies) who don’t need to level up for their final showdowns (more on those below). Training montages don’t always have to be workout related. There are many montages for gearing up, like in Commando and Rambo: First Blood Part II, that accomplish the same thing.

But how do you shoot an action montage? How do you edit it? Well, here’s a tutorial that will show you!

With one of the older movies from the 1980’s like Jean-Claude Van Damme in many of his movies to Sylvester Stallone (most notably in Rocky IV), a training montage can be a fun, engaging way to show your hero striving toward the completion of the hero’s journey.

Here’s a great article about the evolution of the action movie montage, as well as some more filmmaking insights, which one can learn from the Rocky movies. 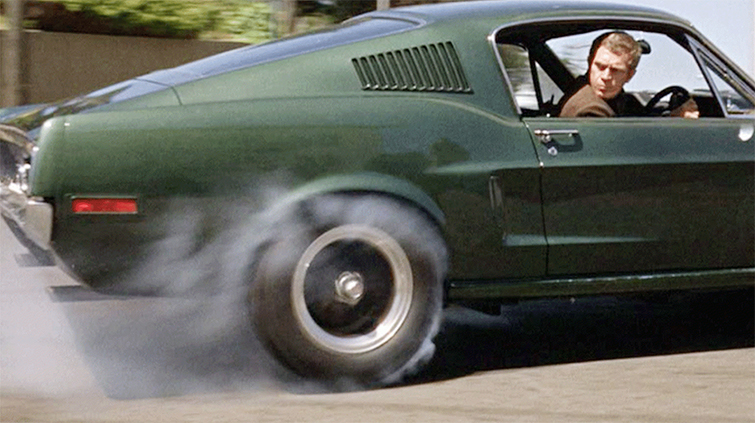 Image from Bullitt (via Warner Bros).

Obviously, the premise of an action film includes several action scenes and sequences. You can usually break these down into chase scenes and fight scenes. Chase scenes can be shot in a variety of settings, on different vehicles, or on foot. From the car chase roots in Bullitt to famous foot chases in Point Break to blockbuster motorcycle and 18-wheeler chases in Terminator 2, the scenes can vary in size and scope. So how do you approach filming and editing fight scenes? How do you keep your actors safe while executing a believable brawl? Check out Shutterstock Tutorials’ video below!

For some insights into chase scene cinematography and production tips, check out some of these articles:

Fight scenes can be just as exciting — as well as extremely complex and coordinated. They can also be very tricky to film. So, in all instances, safety is your number one priority. In fact, many stunt professionals have made the jump from performers and coordinators to directors (like John Wick directors Chad Stahelski and David Leitch — who are reportedly working on a Bloodsport reboot), based on their expertise in choreography and filming dynamic, impactful scenes.

For insights into how to choreograph and film fight scenes, check out some of these resources: 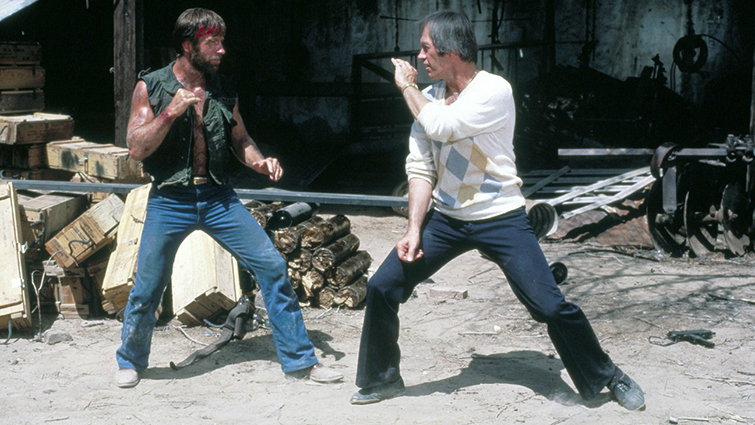 Finally, at the end of every action movie, you need a final showdown between your villain and your hero. In many tournament-style martial arts movies — like Bloodsport or The Karate Kid — these showdowns will line up pretty naturally. However, in other plots, you’ll have to find ways for your hero and villain to find themselves facing off mano-a-mano.

These final acts are usually some of the biggest, most complex spectacles in action movies — often shot on some of the most elaborate sets. From the industrial sets of Terminator and Terminator 2 to Chuck Norris and David Carradine squaring off with different martial arts expertise in Lone Wolf McQuade, the final showdown can be a long, engaging sequences, with the most drama and intrigue.

And, unless you’re looking to make a multi-movie plot with a twist, or an art film that turns the genre on its head, like Quentin Tarantino’s Reservoir Dogs, you’ll probably want to have your hero triumph and ride off into the sunset — at least until you start working on your sequel.

For more genre tips and filmmaking insights, check out some of these articles below: