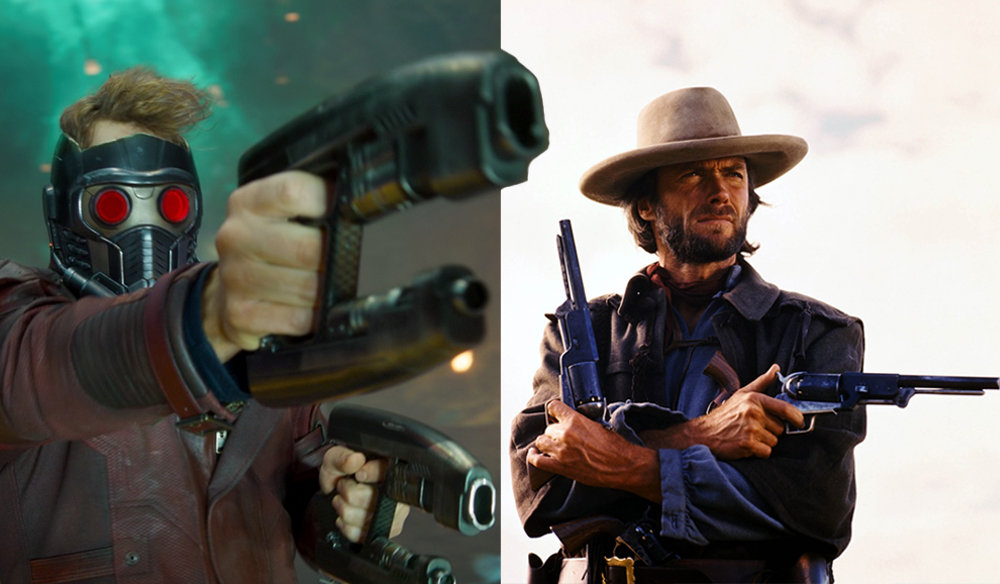 Genre conventions help audiences know what to expect, but there’s a fine line between expectations and making something truly innovative.

Galaxies near and far, alien races, floating cities of neon lights, laser gun battles, a cocky space pilot, and a hero with self-doubt.

Despite the differences between these two sentences, it’s a safe bet to assume that both of them shaped well-known films—in this instance, a western and a sci-fi movie. But, did you picture Star Wars or Guardians of the Galaxy for the second sentence?

These descriptions, when combined, represent fundamental generic conventions. These are elements of a film that have been in rotation for decades to help signify to the audience what sort of film they’re watching. Further, genre conventions go beyond props and locations. They also include stock characters and plot elements.

For example, in a fantasy film, it would be a genre convention to see the hero initially refuse the call-to-action, then later embark on the journey after receiving advice from a mentor.

In a romantic comedy, it would be a genre convention for the main female character to have a quirky best friend who is somewhat more stable in her career and love life.

In essence, genre conventions are a set of expectations the audience brings to a particular type of movie.

However, does a genre have to include its conventional elements to be accessible? Is a western a western without a gun-slinging cowboy? Is a fantasy a fantasy film without the hero embarking on The Hero’s Journey?

Conventions offer reassurance, but they can also become predictable and boring; therefore, sometimes, we must get rid of them.

The 1950s alone saw more than 500 western films. With studios hungry for a few more dollars, films were largely repetitive, but with variants of the tried-and-true conventions.

Audiences were happy to pay money for a film they were almost guaranteed to enjoy. The conventions in movie posters and promotional material ensured this. However, only so many times can one watch the lone stranger and damsel ride off into the sunset.

As noted in this video by NerdWriter1,

All big movie genres have life cycles. They are born, they become popular, they exhaust themselves, and then, if they are important enough, they transform.

Genres ultimately become victims of their own conventions.

So, why is it that audiences respond to generic conventions so well? Surely a convention can spoil a film if an element signifies something is about to happen. Well, actually, one of the most innovative ways to use genre conventions is to make the audience think they’re going to receive X but instead, they get Y.

In the video essay below by Lessons from the Screenplay, host Michael explains how Nora Ephron took the genre conventions of a romantic comedy and flipped them to make a film that’s lasted.

You’ll find that during the height of a genre’s popularity, one film will break the mold to critical success and kill at the box office. But often, that movie has done one of two things. It’s either flipped the conventions like When Harry Met Sally, or it’s removed itself from its base genre and become something else.

We can see this with Wolverine’s swan song in Logan. The superhero genre is without a doubt at its peak, but fans of the genre saw something different in James Mangold‘s film.

It had the core characteristics of a superhero film, but if you analyze the plot and the genre conventions, it’s actually a western. For a wonderful breakdown on Logan and how genre films must adapt or die, watch the following video essay by NerdWriter1.

Mangold has the following to say:

The studio recognized a kind of exhaustion setting in with the formulaic format for quote-unquote superhero movies. While people are coming to see them, there is a sense that people are getting tired. We were very encouraged to try something different.

Based on this, you can use conventions to your advantage by creating false images to manipulate the audience. Ed Buscombe notes in his passage “The Idea of Genre in the American Cinema” from Film Genre Reader III, an excellent use of this in Ride the High Country by Sam Peckinpah:

As the film begins, a visibly aging Joel McCrea (star of over a dozen earlier westerns, including the 1946 version of The Virginian), rides into town during a Fourth of July celebration. American civilization has advanced on the frontier, as signified by the brick buildings rather than the conventional clapboard structures of the typical western movie town. A uniformed policeman, instead of the singular sheriff with a badge, suggests an institutionalized law, while the lampposts and automobiles tell us that historically the period of the Wild West is over.

By using conventions that audiences rely on, Peckinpah has manipulated the audience’s expectations. When they don’t see the convention they expect, it makes them think about how the west has changed. Peckinpah has taken a genre convention and used it as an emotional moment, not only in the story, but for the genre itself as war films were becoming more popular—it’s incredibly smart.

Ultimately, the challenge is to maintain convention, but to avoid cliché. A simple idea, to be sure, but a challenge that many filmmakers fail to overcome.

For more movie-making tips, tricks, and resources, take a look at these articles: