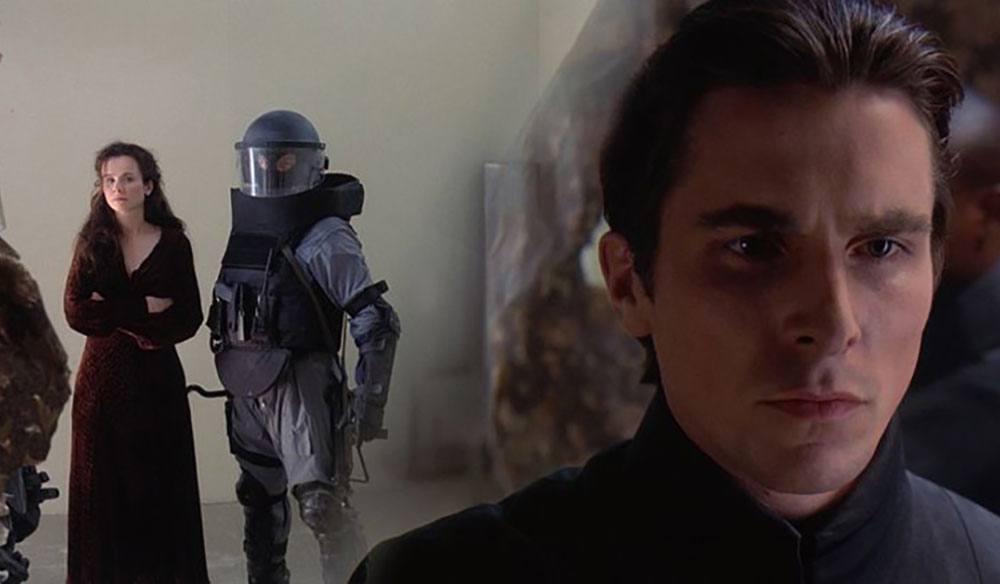 Post-Production Tips: How to Create a Split-Field Diopter Effect

Using a split-field diopter used to be much more common, but it’s still an effective tool. What is it, and how can you create the effect yourself?

After having fallen out of favor over the last few decades, the split field diopter is coming back into cinematography style — and you don’t necessarily need one to get two different planes in focus in the same shot.

A split-field diopter is a half-oval piece of glass that sits in front of a lens, creating two separate depths that are both in focus at the same time. It is a slightly odd effect because the background of the two zones can still be blurry if the camera is set to a low f-stop. 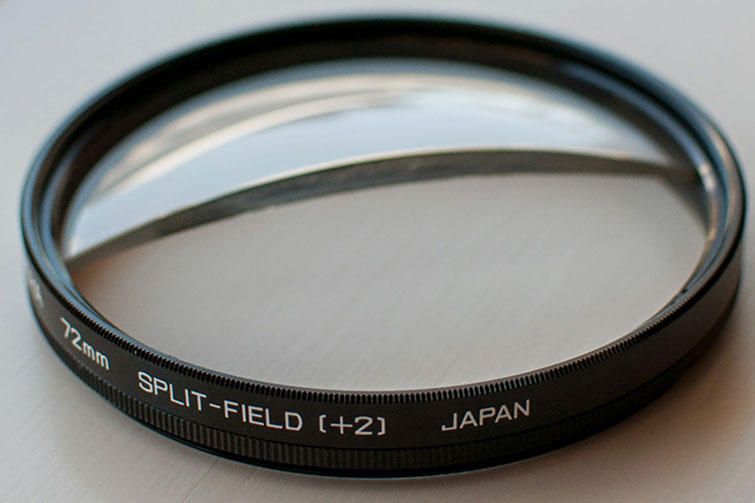 Composing within the frame has become a bit of a unicorn in Hollywood because the average shot length dropped from 6 seconds to 2.5 seconds over the last 40 years. Most directors opt to cut between shots rather than keep both in frame at the same time — because you have more control in post over how long each shot is on the screen. A split-field diopter shot is a more elegant (but in some ways more limiting) method of showing the audience two subjects at the same time — and letting them chose which to look at.

Hitchcock stated that the size of an object in the frame should be in proportion to that object’s significance to the plot. The classic example of this is a big gun in the foreground. It’s hard achieve these kind of shots without a split-field diopter because you would need to shoot at f16 or above on a super 35 camera to get sufficient depth of field, and that takes a ton of light. The same goes for any deep-focus shot, like in 12 Angry Men. (There’s a reason the actors were sweating.) 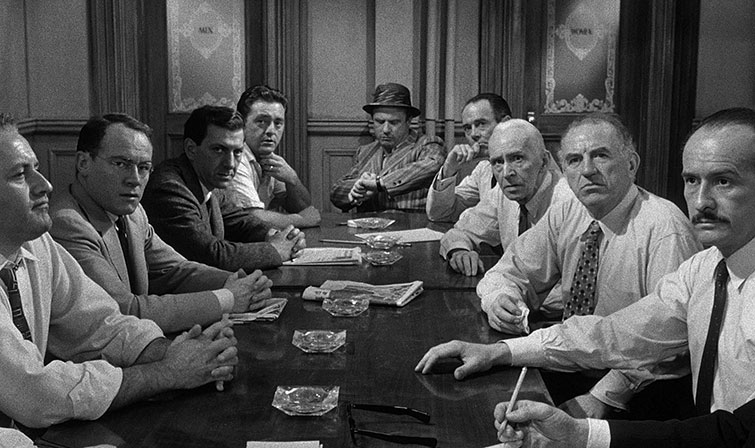 Peter Jackson, a fan of Hitchcock, used this rule multiples times in The Lord of the Rings trilogy. The One Ring had massive significance for the plot, but it was a tiny object, so Jackson used numerous split-field diopter shots to make it loom large in the foreground. He also used a giant prop ring to get a similar effect without having to deal with the blurry line a split-field diopter creates. 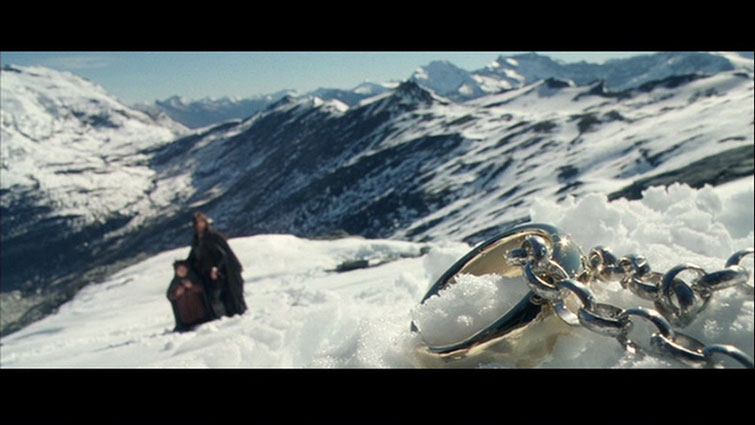 Image via The Fellowship of the Ring (New Line Cinema).

The ring dominates that frame, but we still see the characters in the background — and the ring’s relation to them.

The downside of split-field diopters is you need to have one that suits the lens you’re using, customized to the two distances you’re hoping to get in focus, which takes preplanning and some specialized equipment.

An alternate way of getting deep focus in a shot is to combine two shots in post. You shoot your shot twice — once with the front plane in focus and a second time with the back plane in focus. You then combine those shots in post by masking the top one, and the result is a shot where both objects are sharp.

Unlike the in-camera, optical method, this doesn’t leave a fuzzy line between the two distances. You can chose where the mask goes and do a better job hiding it.

Another advantage to the post method is that you can pull focus in one shot while the other stays still. This allows you to show a character walking from the back focus plane to the front one, interacting with the object or second plane. You can simply fade down the opacity of the front plane when the focus of both is the same; you just need to make sure that the shadows of one element don’t affect the other, or the illusion will fail.