Sad music is one of the most dependable tools available to film and video creators. Songs rich with mournful minor keys and deliberate downtempo stillness (like those found in the curated playlist at the bottom of this post) convey raw emotions and bleak existential experiences in ways that language and images alone can’t.

If your characters are hurting, if despair has settled over your scene, if defeat, death, divorce, and/or destruction have taken their toll, then a sad soundtrack is a surefire way to turn on-screen pain into something visceral for viewers. The right sad song can slingshot your audience’s hearts directly into the goose-fleshed empathy sweet spot where the most memorable moviegoing moments occur, a place where they can truly share your character’s dark situation.

Effective Use of Sad Music in Film and Video 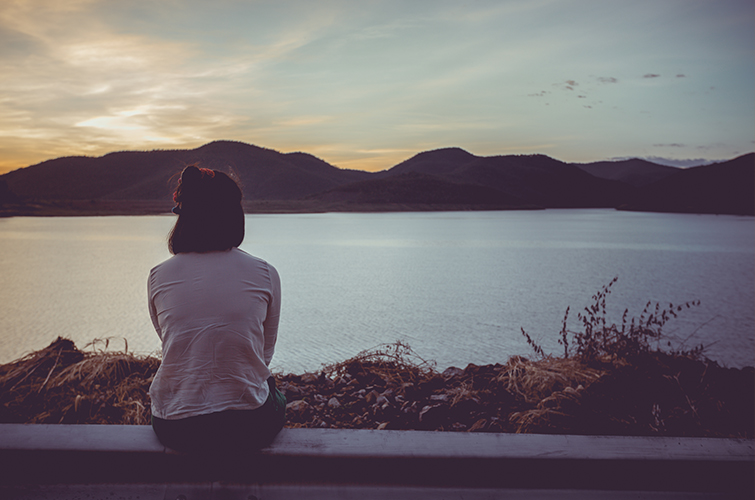 A sad soundtrack is weaponized poignancy at the moment your audience is most vulnerable. Take the following scene from Platoon for example . . .

We’ve joined Charlie Sheen’s young Chris Taylor as witnesses to the horrors of war, seeing firsthand the ravaging effects of death, desperation, and duty on those fighting. We’ve seen the brutality of Tom Berenger’s Staff Sergeant Barnes and encountered what passes as hope in Willam Dafoe’s sage Sergeant Elias.

Now, confusion has settled over the burning battlefield. The violence escalates. Taylor barely escapes, his chopper lifting off as Viet Cong bullets shred the jungle — and Elias — below.

As Samuel Barber’s “Adagio for Strings” begins to soar, Elias falls — but the mournful music is not for him. It’s Taylor’s song. It’s ours too, as we share the young soldier’s recognition of betrayal and feelings of helplessness. (Note: The following clip contains coarse language and realistic combat violence.)

Powerful stuff; there’s a reason people call Barber’s composition “That Platoon Song.” Still, even with that cemented association, “Adagio for Strings” remains a go-to for film and broadcast folks. Even a short list of its uses in pop culture is lengthy. It’s been featured in The Elephant Man and Amélie. It drives scenes in documentaries like Sicko and 20 Feet From Stardom. You can hear it on television in The Simpsons, Outlander, and Red Dwarf.

“Adagio for Strings” is the rare artistic achievement that transcends pop culture; it’s now something bigger. It’s been the soundtrack for the radio and TV death announcements of FDR, JFK, and Princess Diana. It was heard at the funerals of Princess Grace of Monaco, Albert Einstein, and dozens of other global luminaries and heads of state. We felt its solemn power at public ceremonies honoring the terrorist-attack victims of 9/11, Charlie Hebdo, Manchester Arena, and Brussels. When the West mourns, we do it to “Adagio for Strings.”

Preeminent musicologist Wilfrid Mellers called it “a dirge for the young dead.” Entertainment Weekly called it “the saddest song ever.” NPR disagrees. There are other contenders for the title, according to a quick PremiumBeat office poll: “My Heart Will Go On” from Titanic. “Mad World” from Donnie Darko. “Adagio in D Minor” from Sunshine. Even “You’ve Got a Friend in Me” from Toy Story.

In Closing: The Transformative Power of Sad Music, an Anecdote 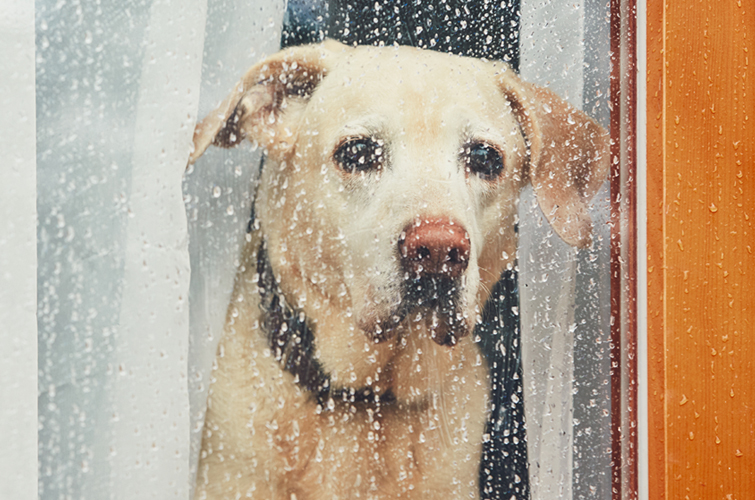 When looking to cast my own vote for “what’s the saddest gut-punching use of sad music ever,” the answer came quickly: those Sarah McLachlan animal videos from a few years ago, duh. You know the ones. I ventured over to YouTube to see if the videos were as impactful as I remembered. They were; my first refresher viewing was indeed a miserable experience.

My second viewing was different, though. I noticed that the videos weren’t nearly as graphic as I remembered. In fact, other than maybe one limping dog, I was surprised to see that most of the animals just looked a little, well, bored. It seems Sarah McLachlan’s sad music had created footage in my mind that never existed. The whole experience compelled me to test the transformative power that sad music has on images.

Below you will find two videos I whipped up in iMovie (not only is it my NLE of choice, it’s also the only one I know how to use). Each video features the same Shutterstock “bored dog” footage and a song from PremiumBeat. One track’s got a little pep in its step. The other track is a total bummer. First, take a look at the “hey, everything’s gonna be all right” version.

And now, the “everything is not all right — like, not at all” version. The transformative power of sad music is obvious, even when wielded by unskilled hands.

If you need to add gravity and encourage empathy, explore the curated playlist below. It’s loaded with sad songs and tear-jerking tunes that you can utilize to transform footage in your next project, and each is available for you to use in perpetuity with a simple $49 Standard License.

Whether you’re going for abject suffering, mild melancholia, sentimental nostalgia, or good-old-fashioned gazing into the void, the heart-rending, transformative power of sad music is vital for hitting your audience square in The Feels in a way they won’t soon forget.

Looking for more royalty-free music playlists? Check these out.

Melancholy Music
Give in to the sadness.
HEAR THE FULL PLAYLIST.
e w