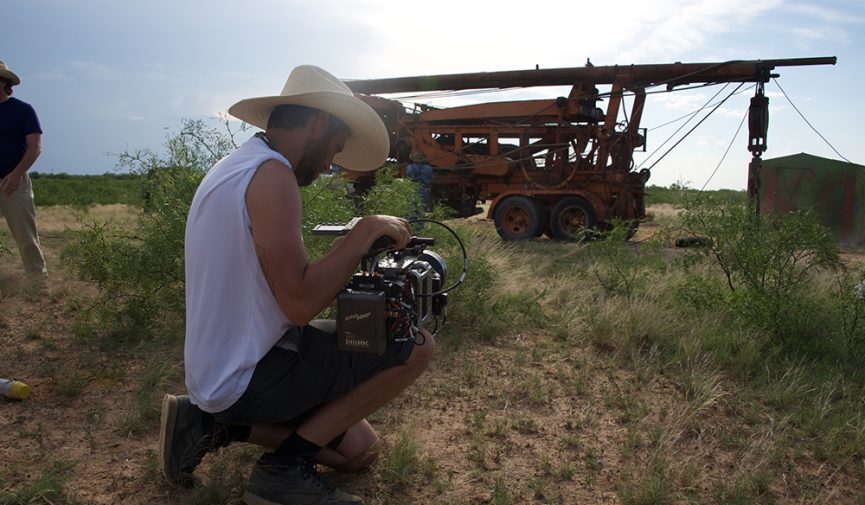 5 Tips for Shooting a Period Film on a Tight Budget

We chatted with the filmmakers behind The Iron Orchard about shooting a feature set in the 1920s on a tight budget — and a few extra tips and tricks.

At their recent world premiere at the Dallas International Film Festival, the filmmakers behind The Iron Orchard (director Ty Roberts and producer Houston Hill) beamed in front of a crowded theater full of pearl snaps and cowboy hats. The film, which was set in the dusty oil fields of West Texas, spans several decades from the early 1920s through the 1940s — in stunningly accurate detail.

With period clothing, buildings, and technology — and flashy sports cars of the era, to boot — the film is a rags-to-riches tale filled with gritty and flashy period-appropriate sets, props, and performances. When chatting with both Roberts and Hill, it quickly becomes apparent that even though they shot on a tight budget, creating a historically accurate film was a top priority.

If you’re looking to shoot period projects of your own, these filmmakers stress attention to detail, as well as some innovative tips to get creative on set and bring your era to life on-screen.

1. Pick Your Time and Place 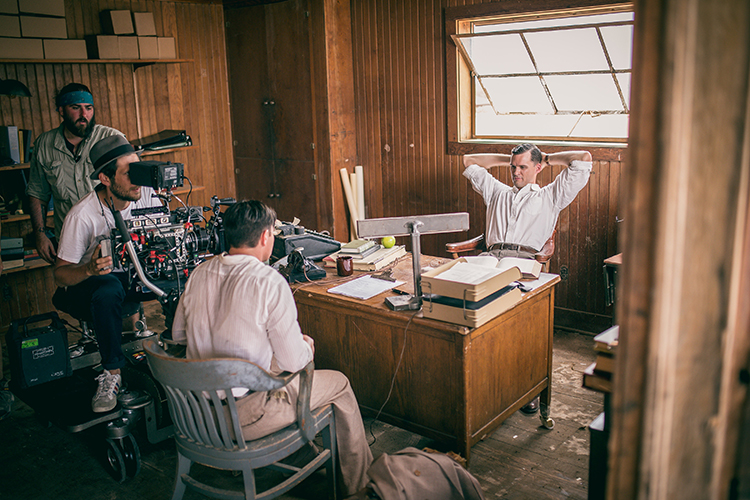 “For our film, we knew when and where we needed to recreate, so we went out to West Texas early to meet the people, make connections and build our production base locally.”

For Roberts and Hill, their project was already set in a specific time and place. They based their film upon already-published source material from West Texas in the 1920s. However, if you’re starting from scratch, you can base the decision on factors you can control. Hill suggests actually going to the area you intend to evoke, if possible. The team behind The Iron Orchard did this, and they established community ties during location scouting and while setting up the production. 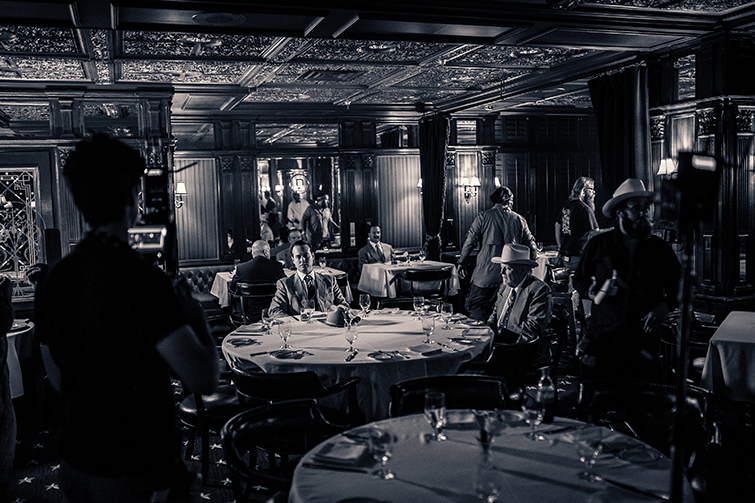 “Once we were on the ground in the town of Big Spring, we connected with the chamber of commerce and local historical communities. This led to our connection with a historic hotel downtown, which eventually became our home base and served as a major part of our production”

When situating your film in a historical setting, accuracy becomes a major concern for the production. Connecting with historical resources is a great first step to ensure authenticity for your production, but it also gives you additional resources for production needs down the line. From research help to small props to big sets and in-kind donations, these efforts can go a long way. 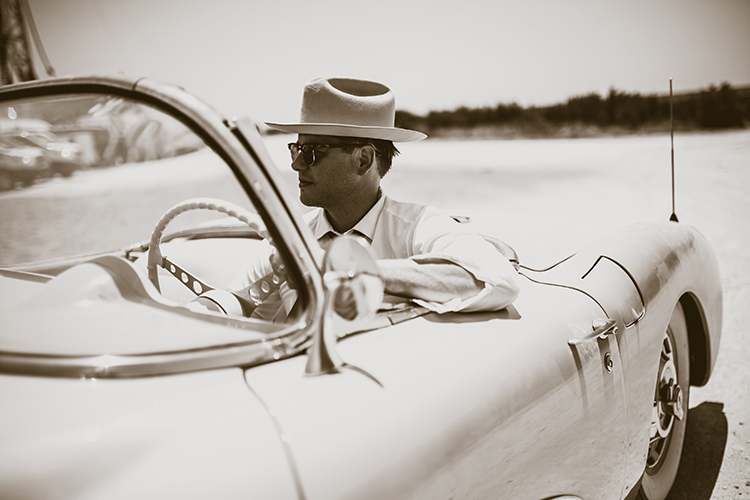 “Cars and vehicles were a big part of our production plan. While we found some private dealers who donated some vintage cars for some of the flashy scenes, we actually had to work in post to CGI out some different non-period cars on the road.”

While the big aspects will seem obvious when setting a period scene, the small details can quickly pile up if you’re not vigilant. Things like power lines, stripes on the roads, and even license plates need to reflect the era appropriately. 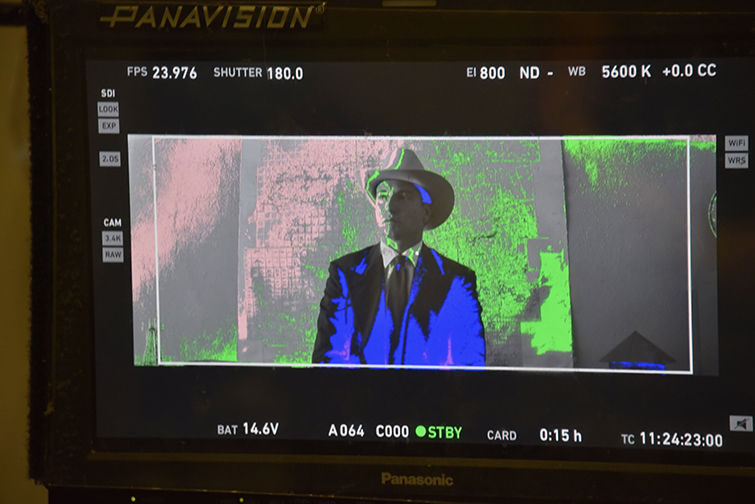 “We looked into shooting on film but chose to shoot digitally. It gave us more control of the process, but we did want more of a vintage look, so besides shooting on vintage lenses, we added some grainy overlays in post to give it a period-appropriate look.”

In an ideal world, for filmmakers as authentic as The Iron Orchard team, you’d be shooting a period movie on as-close-to-period-appropriate gear as possible. While film is a great look, it has its challenges and expenses. The Iron Orchard shot on an Alexa Mini with some Panavision Anamorphic vintage lenses, and they added some grain in post-production.

Here are some great quick tips for finding and working with film grain in your projects.

5. Get the Community Involved 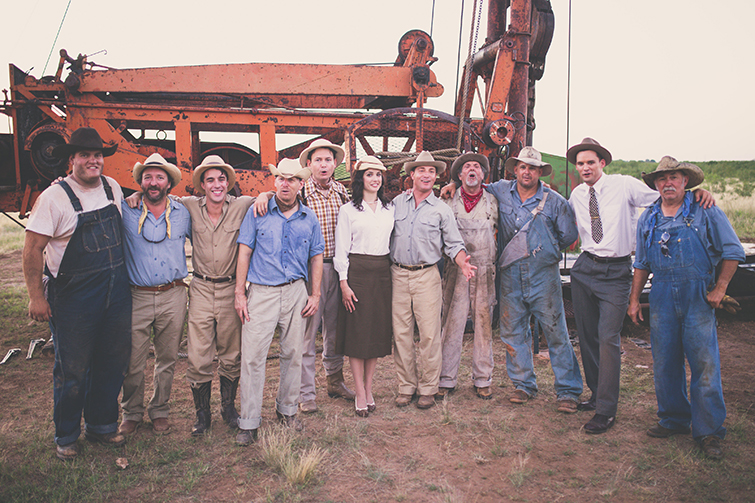 “Perhaps the biggest aspect to getting by on a tight budget is to get more folks excited and involved. We were hugely grateful for the support of the Hotel Settles and the people in the town of Big Spring who helped open doors for us and find in-kind donations, which really saved our bottom line.”

At the world premiere screening, it was obvious that The Iron Orchard was a community project. The filmmakers talked for well over an hour with the different folks who came out in support of the project — many of whom assisted in some way and had a vaulted stake in helping the film succeed. Engaging a community is practical for both production and distribution, as it helps establish an audience and fanbase to create some momentum for your film.

For more info on The Iron Orchard, you can follow the film on its Facebook page here. And for more filmmaking tips and tricks, check out some of the links below.