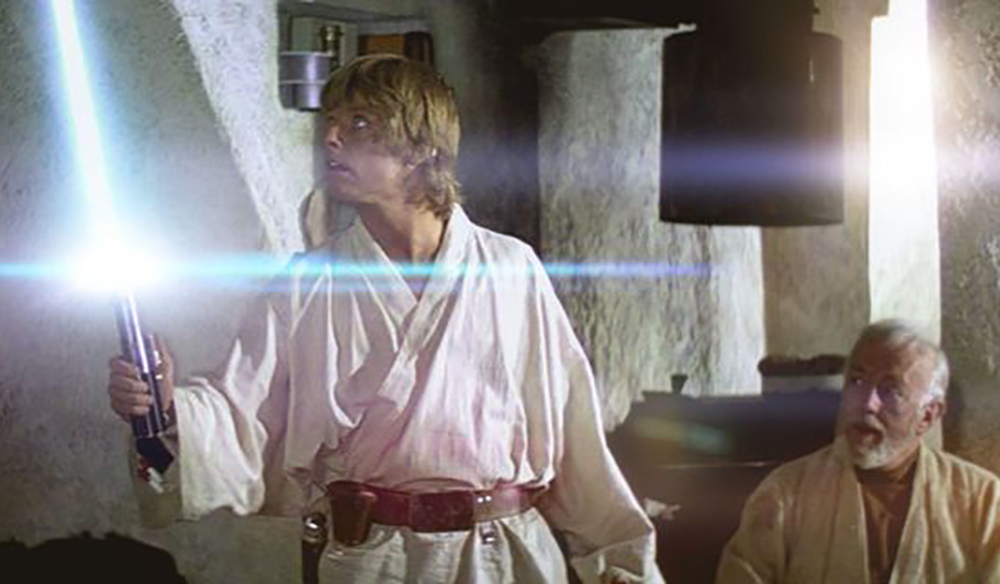 The 10 Best Uses of Sound Effects in Filmmaking History

Sound effects are essential to any form of filmmaking. Get some SFX inspiration from these cinematic sound design masterpieces.

Filmmaking is a multidisciplinary artform. Whether it’s a million dollar blockbuster, a commercial television spot, or a narrative short you shoot on the weekend with your friends, filmmaking is a balancing act of sorts.

You have to factor so many different elements—writing, cinematography, directing, editing, sound design, etc.—to create a beautiful, fully-realized final product. And, while it might seem small in comparison to other aspects of the filmmaking craft, sound effects play as crucial of a role as any.

So, while there are some top-notch resources online discussing the fascinating history of sound design, as well as plenty of free SFX libraries to get you started, let’s focus on learning—and being inspired by—some of the greatest sound effect uses in film history.

When one thinks of sound design, you might first recall iconic noises like the buzz of lightsabers, the roar of dinosaurs, or the mashing metal of transformers. And, while we’ll cover many of those below, the single most used, and perhaps most iconic, piece of sound design ever might be the infamous Wilhelm scream.

Named after the character Private Wilhelm in the 1953 western The Charge at Feather River, the loud scream effect was actually first heard in the 1951 film Distant Drums. Exact reports are a bit fuzzy, but researchers have guessed that the voice belongs to a minor character actor named Sheb Wooley, and was recorded as ADR for a scene in which a soldier is being eaten by an alligator.

However, the sound effect isn’t iconic because of its original use, but because of the life it took afterwards, becoming almost a running joke in the industry, finding its way into countless films, television shows, video games, and all other forms of entertainment. It’s most notable uses might come from the Star Wars universe, as well as in many films by Steven Spielberg, Disney, and Pixar.

To create the iconic roar in King Kong, Spivack did some of the first field work in the industry by recording actual zoo animals, which he then doctored by slowing down the audio to create the famous (and terrifying, at the time) roar of King Kong.

One of the most innovative directors of his time in terms of exploring new cinematic elements—cinematography, lighting, and sound—Alfred Hitchcock pioneered the use of unnerving, and psychologically-aware, sound effects in his film The Birds.

With the help of the famous score by composer Bernard Hermann (regarded as perhaps the greatest film composer of all time), The Birds is a master class into how to blend diegetic and non-diegetic sounds to create an auditory cacophony to simultaneously startle and mesmerize your audience more than even visuals could.

One of the more fun additions to our list is director William Wyler’s musical comedy-drama Funny Girl. Starring Barbra Streisand in her film debut, Funny Girl is notable for its use of live recording, as opposed to having characters lip-sync their songs as they would in productions up to that time.

Streisand famously lobbied director Wyler to let her perform the songs live on set, instead of going with pre-recorded tracks. The decision ultimately aided the film, as well as notably helped the sound recording and design community forward in their abilities to capture quality audio on set over in studio.

Regarded by many as the best film of all time, The Godfather is notable for its perfect use of pretty much every filmmaking technique out there. And yes, sound effects and design are a vital part of that mix, as Francis Ford Coppola’s mobster family classic is also a masterclass in sound.

In fact, most of the sound recording, design, and effects were done by the amazing Walter Murch, who’d go on to become one of the most recognizable figures, not just in sound design, but defining the criteria of how we edit films even today.

Murch’s sound effect work in The Godfather is a perfect example of how sound can be used to facilitate cuts, build motifs, and further bring audiences into a gripping story.

Another technological breakthrough in the sound effects and design community came in the 1970s with the use of sound mixing on the set of Robert Altman’s famous country and folk music film Nashville.

An ensemble film, notable in its lack of traditional narrative structure or dialogue, Altman empowered production sound mixer Jim Webb with pioneering a new form of sound mixing, where a multitrack sound recorder was used to mic dozens of actors at a time, creating a rich tapestry of audio as each characters’ dialogue and sound effects worked together to create a chaotic, yet interesting, soundscape for many scenes.

Now the film you’ve all been waiting to hear from! Responsible for several, if not dozens, of the most famous sound effects in movie history, George Lucas’ original Star Wars films not only launched media franchises, but also audio revelations.

From the buzzing hum of lightsabers, to the wooly Wookie call, to the terrifying ripping of space from TIE fighters, so many iconic noises came from this original blockbuster.

Many, if nearly all, of these sound effects came from sound designer Ben Burtt, who spent years perfecting the various effects for the film as he came up with ingenious, and often quite practical, ways to record and create effects for the lightsabers, R2-D2, Chewbacca, and tons of the other sound effects still in use today.

One of my favorite films on our list, David Lynch spent several years perfecting every single detail of his experimental (first) horror film Eraserhead. Working with sound designer Alan Splet, Lynch would experiment heavily with how abstract sound design and effects could help shape his haunting, yet beautiful, industrial cityscape, as well as to develop his complex themes and motifs throughout the film.

Sound designer Gary Rydstrom‘s work on the film was perhaps his most famous, as the veteran sound designer created the iconic T-Rex roar using a mix of different animal vocalizations to create a harrowing, yet real-life effect, which fellow filmmakers and sound designers strive to live up to even today.

Finally, perhaps considered the new pinnacle in technical achievement in sound effects and design, the Wachowskis (Lana and Lilly) brought a wide array of sophisticated visual and audio effects to the table with their breakout 1999 sci-fi hit The Matrix.

Overall, the film represented a new world of sorts, as much of the production relied on digital effects contained in a simulated, digital world. As such, sound designer Dane Davis created a range of new digitized sounds to represent this new online world creation, making use of everything from old computer noises to new artificial effects and sounds.

For more sound effects and design tips, tricks, and resources, check out these articles: