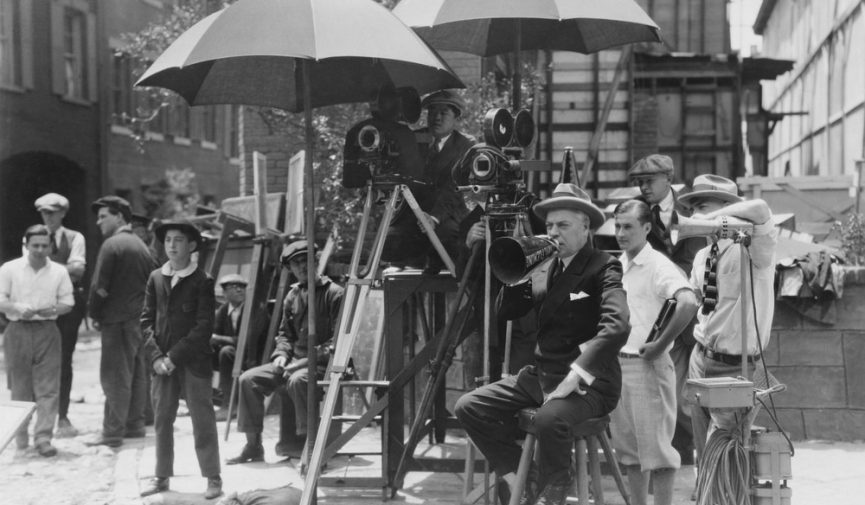 The Death and Rebirth of the Zoom

The zoom is one of the oldest image-affecting filmmaking practices, pioneered in the late 19th century and first used commercially in 1927.

The zoom is an optical change of focal length, which moves the point of view in or out of the image without changing the physical position of the camera. While zooming in or out might have been one of the first functions you used on a home video camera, it’s likely one of the last procedures you will see on a feature film set.

Since the 1970s, zooming in or out has become very rare in dramatic movies. The zoom featured more prominently in early cinematic history, such as 1927’s Wings, which was the first film to win the Academy Award for Best Picture.

For more on the history of the zoom, check out the following video contribution to the Society for the History of Technology‘s Three Minute Dissertation Video Contest.

The ultimate goal of any filmmaker is to immerse the audience in the story. Whether you work on costumes, sets, or lighting, your purpose is to help the audience lose themselves in the world of the film.

As soon as the fourth wall breaks — either when an actor accidentally looks into the lens or when a crew member slips into the shot — the illusion of the film world falls apart, briefly kicking the audience out of the story. (However, the Brechtian technique of purposely speaking directly to the audience can also be a storytelling technique.) The use of a zoom can also interrupt this immersion. Zooming is either a mechanical function of the lens — or of the camera itself (if digitally zooming) — so it draws attention to the filmmaking process.

A filmmaker’s primary job is to be invisible. The camera should be an all-seeing eye that watches the story unfold without interfering. It’s why thousands of working hours go into engineering the next camera stabilization tool. Even handheld shoulder rigs take meticulous work to ensure a stable image. David Fincher has the following to say on the topic:

I just love the idea of, like, omissions — like the camera doesn’t give you, it just goes over here kind of perfectly and then it kind of goes over there kind of perfectly, stays with this person. It doesn’t have any personality. There’s no ‘Oh wait, lets see this over here. This might be interesting to somebody.’ There’s none of that documentary kind of feel to it. It’s like what’s happening was doomed to happen, and I like that as sort of psychological underpinning of the staging.

Much like an intrusive narrator, the zoom forces our attention on a particular area of the frame, as if we were not intelligent enough to recognize the element ourselves. Filmmakers go to great lengths to bring the audience one step further into the film world. The camera stands in for us in that world, and it will operate as if we are part of the scene. We can look left and right at a passing car (pan); we can look up at sky to check the coming rain clouds (tilt); we can move toward an object to inspect it (track); and if a friend wants to show us his new phone, we can direct our attention to it (insert close-up). What we cannot do is zoom into an object using only our eyes. Again, it reinforces the notion that a mechanical operation is involved and removes us from the scene.

Further, many of us associate zooming in with news and sports coverage, which is inherently a non-narrative medium.

There’s also a difference in how a zoom shot, as opposed to a tracking shot, affects the audience’s emotional involvement in a scene. When tracking toward someone, we move closer to them. If this is a friendly person, we are going to feel safe during in the movement.

If the character is an antagonist, like a serial killer, we are going to feel discomfort. However, if we zoom toward a character, no matter where they stand, we’re never going to experience the same level of unease as we would tracking toward them. Take the following shots for example. They both contain the same subject, and the man more or less takes up the same compositional space. 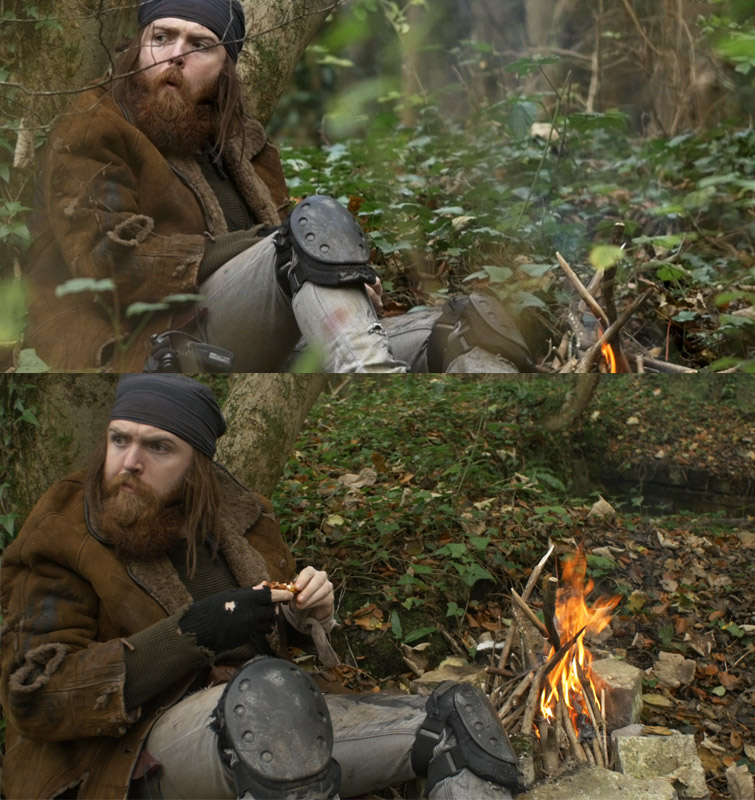 One shot is zoomed in from several meters away; the second shot is a forward track that stops just in front of the character. The level of intimacy changes — it’s more personal. This is why dolly shots are superior to zooming in. You get to enhance emotion.

For more on how this works, check out the following article on how a focal length can change the audience’s perception of an image. The analysis of different focal lengths reflects the zoom vs. track debate.

When To Use The Zoom

This is not to say that unless you use a snap zoom, zoom shots are completely out of the question. Productions still use them sparingly; however, crews attempt to mask their effects. Some say that making a zoom invisible is an art unto itself. Cinematographers usually mask zoom effects by panning at the same time, moving forward, or having an actor pass across the lens.

This type of zoom will likely be slow, steady, and barely noticeable, but it brings your attention to something specific. On the slow zoom, Roger Deakins says the following:

We used a slow zoom a number of times on ‘The Village‘, and there are a few shots in other films where I have used a slow zoom, ‘1984‘ being one and ‘The Assassination of Jesse James‘ … being another. In all those cases the zoom was used to create a kind of ‘mental focusing‘ in on an object, a character or to where a sound is coming. Sometimes it might be done to create suspense and sometimes the effect is more lyrical. I have also done fast zooms, as in some of the Coen’s films. In ‘A Serious Man‘ there is a particular fast zoom.

I tend to steer away from using a zoom lens unless it is for a very specific purpose such as in those instances mentioned. I never carried a zoom in my equipment package for ‘Prisoners‘ and I have only primes for the film I am on at present.

The key word in this quote is mental focusing. A slow zoom is great for bringing the audience’s attention to a particular part of the composition without actually cutting to another shot.

Take the following example from episode three of Westworld. The shot only lasts for three seconds, and the camera operator only zooms in slightly — to the point that it’s not even that noticeable.

The shot feels like that moment when we are focusing or listening to something so intensely that we get caught up and zone out. A zoom that acts as a mental focus is ideal for emphasizing small emotional moments like these.

The zoom is also gaining traction in VFX, where snap zooms are used to sell CGI as footage shot in camera.

Filmmakers also use zooms to convey nostalgic symbolism. When present-day films use vintage equipment to mimic the appearance of an older film, nothing sells the effect more than also replicating the cinematography of that period. Quentin Tarantino is a master of this. His films are odes to the greats who preceded him, and you will often find homages to that cinematography, including zooms, in his films.

What are your thoughts? Do you think zooming in or out can displace the viewer? Let us know in the comments.