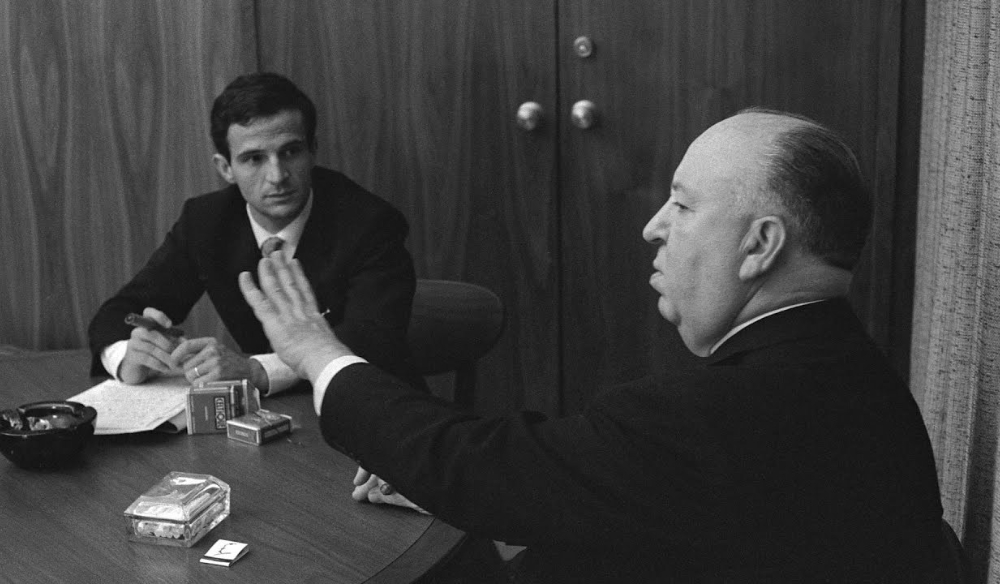 Learn from the Masters: The Best Documentaries About Filmmaking

These insightful documentaries about filmmaking can offer more inspiration and advice than any film class ever could.

And, if you really want to learn more about how these films are actually made, you should follow that up by watching films about filmmaking. There are tons of incredible documentaries that cover the art of filmmaking, ranging from director retrospectives, famous “the making of” documentaries, as well as comprehensive studies about filmmaking itself.

For those who love watching and learning from films, we have a list of the best documentaries about filmmaking to give you plenty of creative insights, inspiration, and advice. Let’s dive in!

We’ll start with one of the best documentaries about the sheer insanity of filmmaking. Lost in La Mancha is a 2002 documentary that tells the story of Terry Gilliam‘s (first) attempt to make a film adaption of the famous Miguel de Cervantes novel Don Quixote de la Mancha. SPOILER: He ultimately fails at his endeavor.

Still, the documentary—written, directed, and shot by documentary filmmakers Keith Fulton and Louis Pepe—gives a real, and (at times) raw, look into Gilliam’s filmmaking process as the production, starring Johnny Depp, ultimately fails to reach completion.

Lost in La Mancha has layers, too, as you can actually now watch a fully-realized version of the film Gilliam was able to complete in 2018—The Man Who Killed Don Quixote—as well as followup with an updated documentary on the entire scope of the process called He Dreams of Giants, which came out in 2019.

What you can learn: Lost in La Mancha offers many filmmaking lessons as it covers the exhaustive breadth of work that making a movie takes. However, it’s best lesson might be one of patience and perseverance, as Gilliam must ultimately accept the fate that while you might have a dream project you want to make, you have to face the harsh realities of waiting for the right time and place.

Premiered in 2015 at the Cannes Film Festival, Hitchcock/Truffaut is any cinephile’s documentary dream, providing an in-depth exploration into the work of two of the most famous, iconic filmmakers of all time.

Directed by film critic and documentary filmmaker Kent Jones, the documentary follows a brief, beautiful period of time in 1962 when French filmmaker François Truffaut spent over a week with acclaimed English director Alfred Hitchcock to catalogue his observations, admirations, and their collective conversations in his book, fittingly titled Hitchcock/Truffaut.

The documentary also gives great insights into the shared histories of these two famous directors (Truffaut was a huge fan of Hitchcock’s), as well as explore how both directors would go on to influence cinema overall. The insightful interviews include Martin Scorsese, Paul Schrader, Wes Anderson, and David Fincher (just to name a few).

What you can learn: There’s a lot you can glean from watching these two directors converse and interact about their own respective views on cinema and how they direct. However, I’d suggest that you try to learn through osmosis by hearing all these amazing filmmakers talk. There’s a lot to take away in regards to the reverence they hold for cinema, their contemporaries, and the past masters they admire and try to emulate.

(As a bonus, since it’s not technically a documentary, if you’re a fan of Truffaut and self-reflective films that explore the art of filmmaking, check out his 1973 film Day for Night (La Nuit Américaine)—a fictional narrative film that still closely follows Truffaut’s own experiences making a movie.)

Like many, my love for filmmaking isn’t only reserved for the high-brow and art-house. I’m also a fan of the wild, crazy, over-the-top movies you find at midnight screenings and in VHS collections. And, for fans of those B-movies and underappreciated gems, there’s no more important name than Cannon Films, which during its heyday in the 80s and 90s produced B-movie classics like Enter the Ninja, The Delta Force, and Superman IV: The Quest for Peace.

For those who have ever wondered how these genre film favorites ever came to existence in the first place, Electric Boogaloo: The Wild, Untold Story of Cannon Films will give you the best primer on how one audacious company financed, produced, and distributed such a wide array of eclectic films, ranging from action to horror to sci-fi.

What you can learn: From a filmmaking perspective, Electric Boogaloo does indeed lift the veil a bit on how the film industry actually works. No film in the existence of filmmaking has ever been greenlit and produced without producers and companies behind it trying to make money. While these might not have been the most critically or commercially successful films, it gives you an idea of how you should (or perhaps shouldn’t) try to make films on your own.

While you could categorize Room 237 as a documentary film about The Shining, it’s not quite what I’d call a documentary in the traditional sense. Especially when we’re looking at such a rich history of making-of documentaries and featurettes that actually focus on how a film was made (like this one on the making of The Shining on YouTube). Instead, Room 237 explores much less about how The Shining came to be, and more of the why and what it ultimately means.

This is largely due to The Shining’s director Stanley Kubrick, who has enamored film fans, critics, and makers for decades with his beautiful, challenging, and (at times) disturbing works that often offered more questions than answers. The Shining, in particular, has perplexed viewers for years. And, as Room 237 explores, the theories and threads you can follow are fascinating.

The film is presented all through voiceovers as various film theorists provide their own interpretations into why Kubrick made the film and what he was trying to say with his many profound, yet confusing, filmmaking decisions.

What you can learn: I truly believe Room 237 should be standard viewing for any aspiring filmmaker or film school student. It teaches you that for every on-screen film moment, there can often be years of thought put into both the how and the why. If you can approach filmmaking with even just 1/10th of the amount of focus as Kubrick put into The Shining, you can create some powerful, thought-provoking films of your own.

Finally, if you’re a fan of filmmaker Nicolas Winding Refn‘s dark, cerebral, often neon-laden films—Drive, The Neon Demon, and his series Too Old to Die Young—then we have a treat for you. The acclaimed director granted unprecedented access into the filming of his 2013 action/crime drama Only God Forgives to one of the most intimate documentary filmmakers ever—his wife.

Written, directed, and shot by Liv Corfixen—Refn’s wife—as well as an actor in several of his films, My Life Directed by Nicolas Winding Refn gives you some of the most raw, intimate, and unfiltered looks into the day-to-day life of a film director in the middle of a chaotic overseas film production.

What you can learn: You can see how much Refn cares about his filmmaking, while he also understandably struggles to be a husband, father, and film director all at the same time. If you’ve ever truly wondered if you have the sheer amount of passion, commitment, and creativity to make a feature film with a star like Ryan Gosling and with a large number of producers, cast, and crew counting on you, then this is by far the best look into what it takes.

For more filmmaking advice, inspiration, and insights, check out these additional articles: