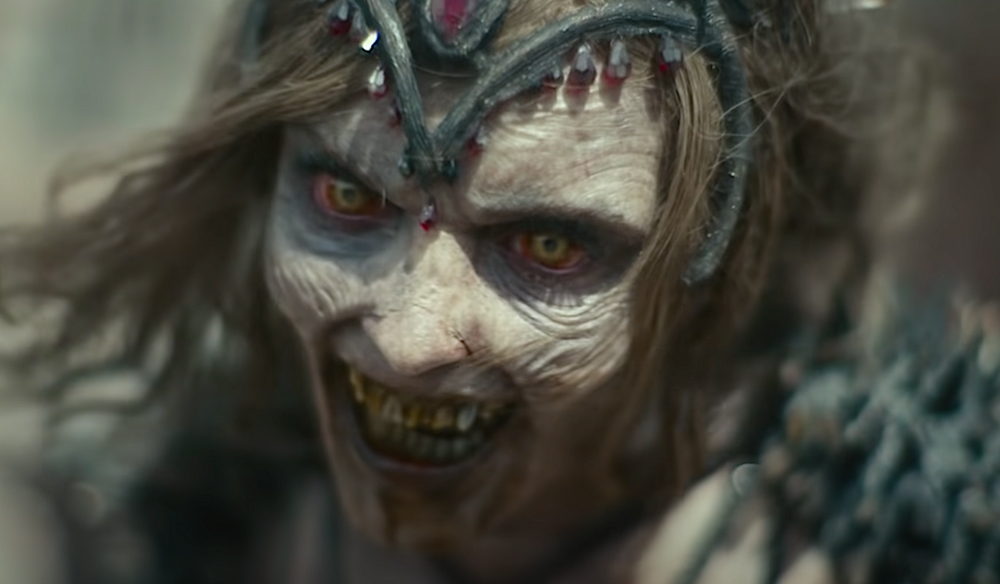 Filmmaking Trends: Why Shallow Focus Cinematography Is Here to Stay

Everything you need to know about that shallow depth of field look, and why it’s more than a trend at this point.

For better or worse, the human experience is now one that is viewed almost exclusively from our tiny smartphone screens. It’s how we keep up with family members. It’s how we share our personal stories. And, more often than not, it’s how we watch our television shows and movies.

I’m not saying I’m a fan of it, but it’s undeniably the way of the future. Because of this, the way filmmakers and video professionals produce, shoot, and edit content is also changing. However, while many of these changes might be practical and make sense for smartphone video consumption, there are few trends that appear to run counter.

One of these trends is a seemingly new preference for shallow focus cinematography. From our professional sports broadcasts to Zack Snyder’s almost incessant urge to shoot zombies with the shallowest depth of field as possible, shallow focus appears to be here to stay.

But, why is this such a trend now? Also, doesn’t extreme shallow depth of field cinematography run counter to how our smartphone cameras usually operate? Let’s look into why this trend has developed, and explore how filmmakers can use these techniques in their video projects.

What Is Focus and Depth of Field?

Before we dive into some examples of how film and television use shallow depth of field, let’s go over some basic definitions. Simply put, depth of field is defined by Wikipedia as “the distance between the nearest and the farthest objects that are in acceptably sharp focus in an image.”

As you can see in the video above, depth of field and focus in film and video is controlled by a number of variables, but one of the most elemental is aperture. A low f-stop will give you that shallow depth of field look with very little in focus and a lot of blurriness and bokeh in the background. On the other hand, a high f-stop will give you much more in focus for greater clarity and setting.

That’s just a quick and simple explanation. However, you can read more on aperture and depth of field in this full article.

Shallow Depth of Field in Cinema

Depth of field in cinema has always been a hot topic as the varying degrees at which you can shoot any shot can have a lot to say—both compositionally and narratively.

Traditionally speaking, deep depth of field has been used more in classic cinema as clarity was more important (and technology at the time simply favored it), while shallow depth of field has become more of the cinematic norm to draw one’s attention to certain characters or elements.

The best example of this, which everyone seems to be focusing on right now, comes from the shallow depth of field used by filmmaker Zack Snyder in his recent genre zombie film Army of the Dead.

To many, Synder’s use of extreme shallow depth of field can actually look out of focus. And, while this might certainly appear true at times, to hear Snyder talk about his lensing and cinematography decisions, it definitely appears that this was indeed the look he was going for. And, in many ways, it’s simply what audiences want right now.

Shallow Focus for Television and Sports

One of the oddest examples of shallow depth of field comes from a recent trend in sports broadcasting. If you follow sports you’ll know these broadcasts usually live in the deep depth of field for clarity.

Looking specifically at recent NFL broadcasts, major broadcasters like CBS and Fox have been experimenting with using less traditional broadcast cameras (with their built-in deep depth of field lenses), and instead trying out much cheaper, yet more cinematic cameras, like the Sony a7R IV.

In the clips above and below, you can see this Sony a7R IV in action as camera operator Mike Smole uses it with a Sony FE 24-70mm f/2.8 GM lens on a DJI Ronin S to create this “poor man’s Steadicam” look as a stark contrast to the usual deep depth of field coverage.

Fighting Against that Smartphone Look

The question remains: Why is this shallow depth of field look such a trend now? To answer this, I believe we have to first look at where the majority of video content exists here in the modern age. Smartphones are becoming the dominant force, not only for how we watch content, but also how we film it. And, as is the case with anyone starting out in film and video, it’s just simply much easier to record footage when you have a deep depth of field and everything is in focus.

Nowadays, everyone is consuming a lot of content that inherently looks extremely un-cinematic. As such, when we do see film, video, or television content that’s starkly shallow and almost out-of-focus, our minds immediately recognize these shots as something different, something more cinematic, and something worth paying attention to.

Tips for Working with Depth of Field

So, for those working in film and video here in the age of the smartphone video revolution, how do you work within and against these new confines? There’s a lot to be said about working with a shallow depth of field, and with most modern video cameras and equipment it’s quite doable. Here are your basic steps to creating shallow DOF:

You can also utilize other elements and gear like ND filters, monitors with focus assist, and by working with a follow focus on your shoots. Read more on the three easy ways to create shallow depth of field to go along with the video above.

Regardless, understanding focus and depth of field will give you more options and flexibility as you shoot projects of your own. It’ll be up to you to decide how much you want to go with your built-in smartphone deep focus, or try to go all Zack Snyder-y and shoot things as shallow as possible.

For more filmmaking tips, tricks, and advice, check out these articles:

Cover image from Zack Snyder’s Army of the Dead via Netflix.