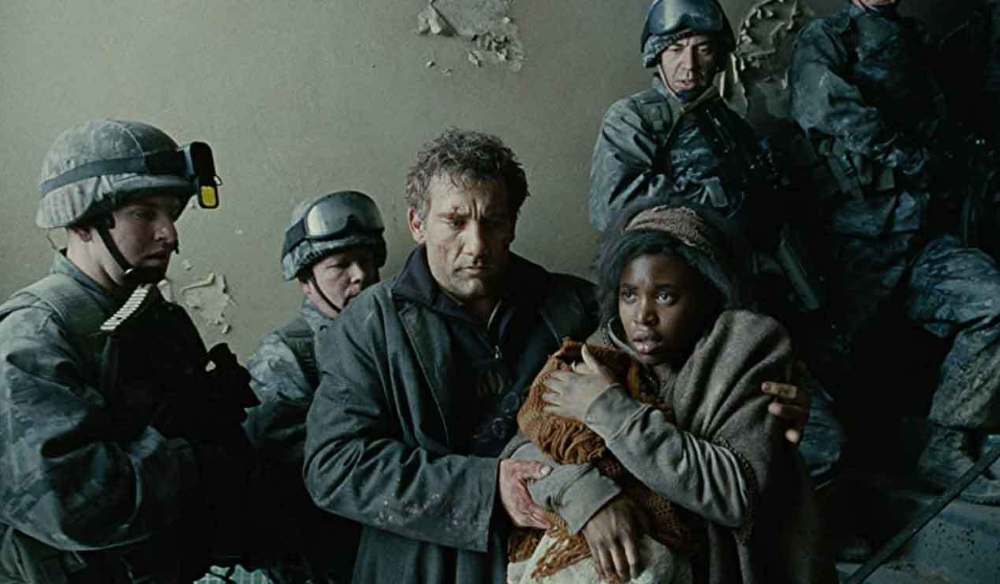 The 5 Most Visually Dark and Cold Films Ever Made

Exploring the cinematography and visual aesthetics of some of the coldest, darkest, bleakest movies ever made.

Last week, we took an in-depth look at the five most visually warm and nostalgic films ever made. This week, we’ll be turning the concept on its head by looking at some of the darkest, coldest, and bleakest-styled movies of all time.

And, while many of the same filmmaking styles and techniques can be achieved with simple production design tips for summer-y scenes, working with this cooler visual aesthetic is much different. Filmmakers and cinematographers create the dark and cool not just in how they light a shot, but also in the nuanced details of the world they create.

Let’s take a look at some of the most iconically dark and cold films ever made, and explore how these filmmakers cast their characters in such bleak settings.

Starting with one of the most iconic dark films of all time, Martin Scorsese’s seminal classic Taxi Driver is perhaps the textbook example of a visually dark and cold film. Featuring cinematography by the late Michael Chapman, Taxi Driver is a visual smorgasbord of dark, harsh colors, lights, and characters.

Scorsese was inspired to create the specific look for the film with Chapman based on his own memories and experiences from living in the mean, dirty, and often daft city streets of New York. The duo worked to create a real and lived-in world for their lead character Travis Bickle, reflecting his dark, twisted psyche which deteriorates as the film grows more visually desolate.

The night shots, in particular, from Taxi Driver are some of the best examples of dark, cool cinematography. Scorsese’s direction and Chapman’s camera are most iconic when roaming the dark, rainy, and often reflective city streets from the taxi driver’s point of view.

2. Eternal Sunshine of the Spotless Mind

While there were certainly plenty of dark, cerebral films over the past few decades, one that stands out still today is Eternal Sunshine of the Spotless Mind. This is in part simply because of genre, as Eternal Sunshine is one of the rare romantic genre films that forgoes the traditional bright, high-key styles you might associate with a love story, instead venturing into darker drama and meta themes, giving the film its cold aesthetic.

With a screenplay penned by the genius mind of Charlie Kaufman, innovative direction by creative-savant Michel Gondry, and featuring mind-bending and emotive cinematography by Ellen Kuras, Eternal Sunshine has a lot of cinematic elements going for it.

However, it truly creates its dark, convoluted look and style in how it’s set and lit. Taking place in the coldest months of winter in New York City, and on the train tracks of Long Island, a dark, visceral world is created with many of Gondry’s signature flourishes, like moving sets and handmade props. Most iconic, though, might be the sequences towards the end. The lead character explores a dark, empty, decaying house shot with a handheld camera, lit with a single flashlight to guide him.

Another modern film that turns traditional genre norms on its head, Pan’s Labyrinth is probably the darkest, scariest, and downright coldest fairytales of all time. A film for kids this is not. The dark blue and green film look of Pan’s Labyrinth should be instantly recognizable to anyone who’s seen the film. Spanish director Guillermo del Toro and cinematographer Guillermo Navarro truly created a world unlike any before.

However, while there are plenty of elements of Pan’s Labyrinth’s visual aesthetic—which we could study as del Toro weaves a dark fairytale exploring themes of war, fascism, and trauma—much of the story’s darkness comes from the writing and interpolation of these darker themes. As Nerdwriter1 puts it in his video essay below, Pan’s Labyrinth gets its unique aesthetic from its disobedience towards traditional fairytale norms.

One of my favorite dark and dreary films of all time, Alfonso Cuarón’s Children of Men is about as cold and gruesome as they come. The sci-fi action thriller is set against a global depression caused by total human infertility. We meet our lead character Theo Faron (played by Clive Owen) who’s thrust into a struggle for the future of humanity, against the face of pretty much all the things that make our world dark and bleak.

Subject matter aside, Children of Men creates its dark aesthetic thanks to the sublime cinematography of Emmanuel Lubezki, who uses all the cinematography tricks in his arsenal to create the film’s unique style. His handheld camerawork, when combined with some of the best and most intricate long takes in cinematic history, are crucial aspects for how the film brings the audience into the action and story, leaving viewers feeling all the desolation and darkness as if experiencing it firsthand.

5. The Films of Paul Thomas Anderson

Finally, even though this is only a list of the five most visually dark and cold films ever made, we’re going to cheat a bit for our last selection. Instead of focusing on just one of the films by Paul Thomas Anderson—like The Master, There Will Be Blood, Punch-Drunk Love, or Phantom Thread—we’re going to look at all of P.T. Anderson’s films at once.

The reason for this is simply because, throughout his career, Anderson has demonstrated a penchant for telling stories and crafting stimulating visuals that explore the dark, seedy aspects of human life. With his flawed anti-hero characters and his desaturated film styles, Anderson’s films are all tinged with cold and darkness.

If you want visual proof, look no further than the camera screen tests video below supplied by Cinematographers on cinematography. In the video, you can hear Anderson discuss how he chooses to lens and light his subjects, as well as his personal preferences for how he wants the colors, faces, and shadows to be presented throughout his filmography.

If you’d like to explore more cinematography and filmmaking insights, tricks, and resources, check out these additional articles: