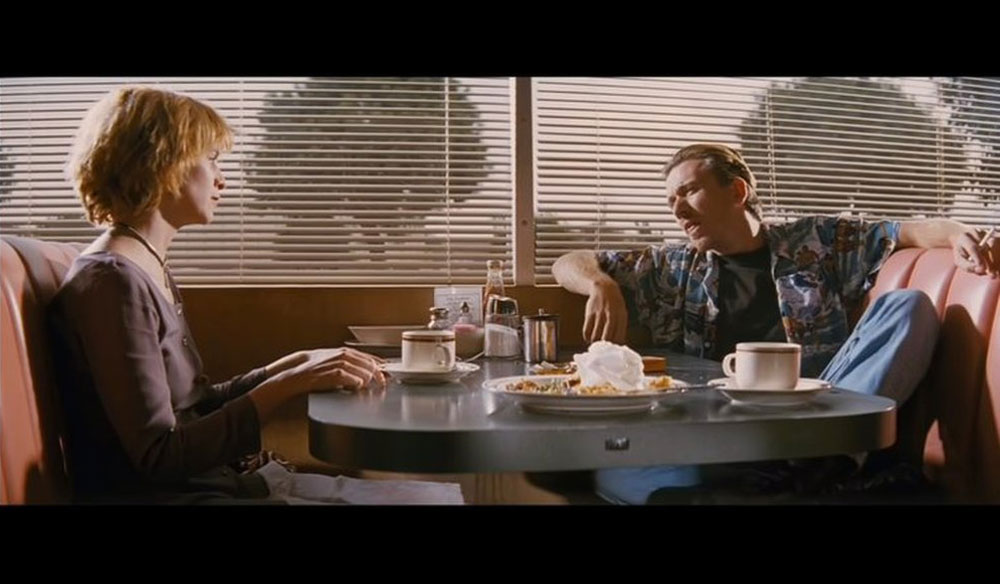 Lighting a Scene Without Breaking the 180-Degree Rule

In this write-up, we’ll take a look at the intricacies of lighting a scene using natural light, unmovable items on set, and the 180-Degree Rule.

Most filmmakers use the 180-degree rule — also known as “the line” — in their work on a regular basis. For those unfamiliar with the rule, it’s the invisible axis between the two characters who are interacting — talking, shooting at one another, or chasing each other. Like many rules, it doesn’t seem like a big deal until you break it. Cross “the line,” and your audience instantly becomes lost — the characters seem to be talking to different people or running in opposite directions.

How the line factors into lighting is troublesome. Unless the key light — or main source of illumination — is on the far side of the line of the camera, you’ll end up with flat, unflattering, “broad lighting” that most DPs try to avoid at all costs.

Think about two people talking in front of a window, which is a classic dialog setup, and for good reason. The light comes in the window, illuminating the faces of the actors. In the wide shot, we get to see out the window, giving context and environment for the world in which that film takes place.

The problem occurs when the environment you’re shooting in doesn’t allow this to happen, due to unmovable objects, light, or the laws of nature.

Let’s look at a classic setup of the diner scene. It’s been shot thousands of times. Two or more people in a booth discuss a subject with the light coming in a large window. 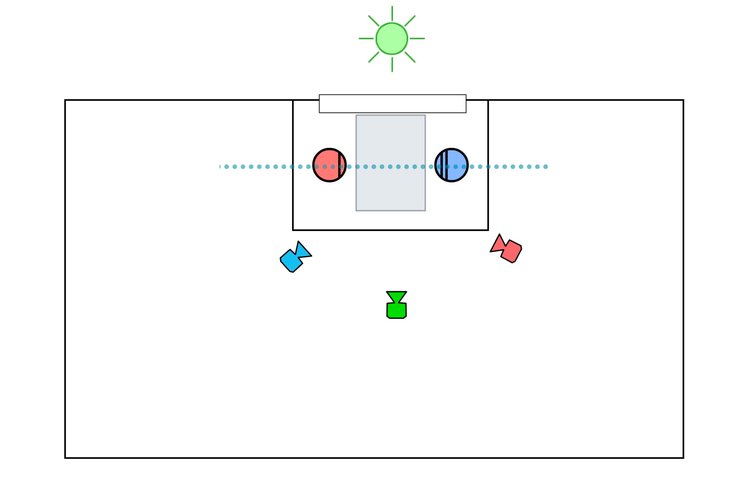 Even in a perfectly lit scene, one minor movement can alter the lighting considerably. Image via Pulp Fiction (Miramax).

The problem is, at some point, we want a waitress to come to the table and take the patrons’ orders. At that point, one of the patrons will turn to her, which is going to put the light on the wrong side of both of these faces, since the light is coming from the same side as the camera. 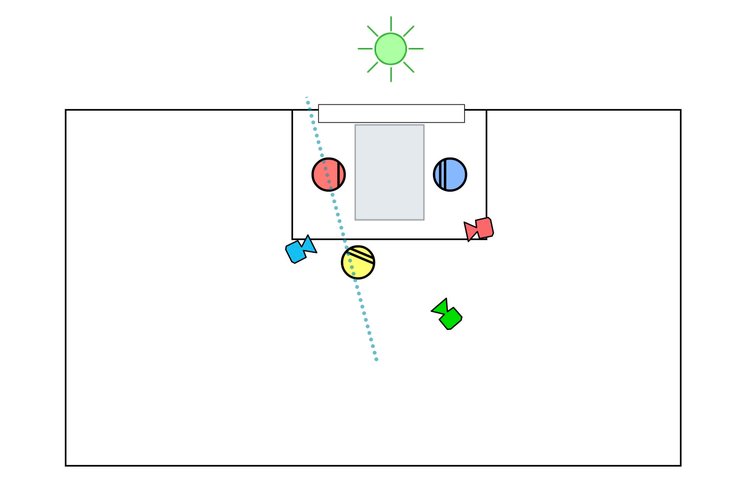 In this particular scene, the DP used short lighting to capture this incredibly quick interaction. Image via Miramax.

You could push the booth out from the wall and do a classic three-shot, but that would cross the line (making the patrons switch sides of the frame) and have the light coming from the wrong side.

Since this interaction is brief, most DPs just concede defeat and go with short lighting for a couple of seconds. This is how Pulp Fiction handled this exact scenario. You’ll notice that they didn’t even cut to her when she comes back for her “Garçon means boy” line.

Another classic scene that causes all kinds of problems with blocking and far-side key lighting is the hospital room scene. Because hospital beds are generally against walls, not windows, shooting on the far side of the light is problematic. To make matters worse, if you’re shooting in a real hospital, sometimes the beds are attached to the walls, or other equipment, and you can’t move them. 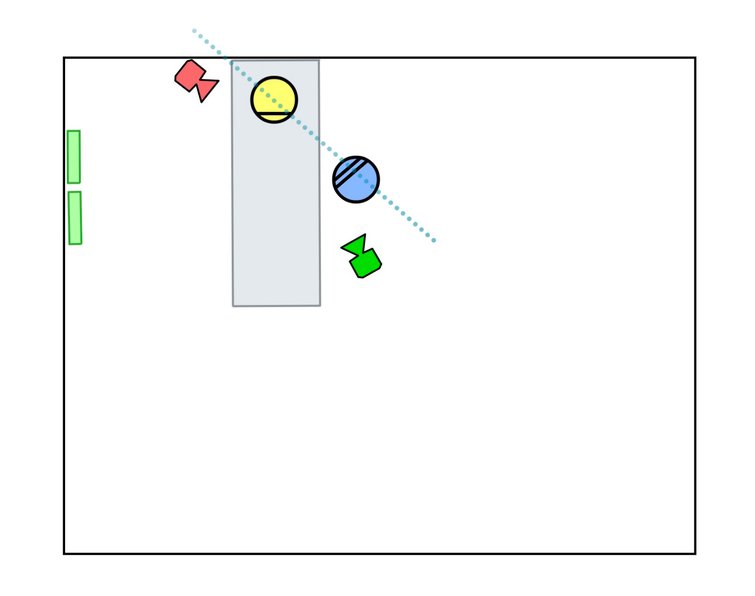 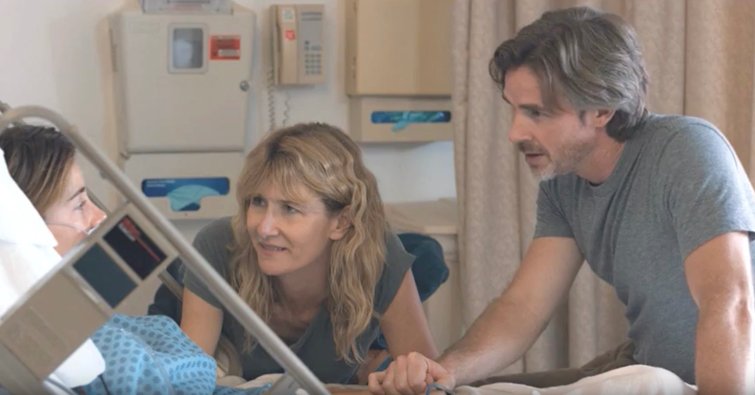 The natural light cascading through the window illuminates this scene nicely. Image via The Fault in Our Stars (Fox 2000 Pictures).

The two ways that DPs have consistently solved this is by creating a key light at the head of the bed, or by building a set with windows behind the bed. This lets them shoot a wide and matching over-the-shoulder shot, while staying on the right side of the line. 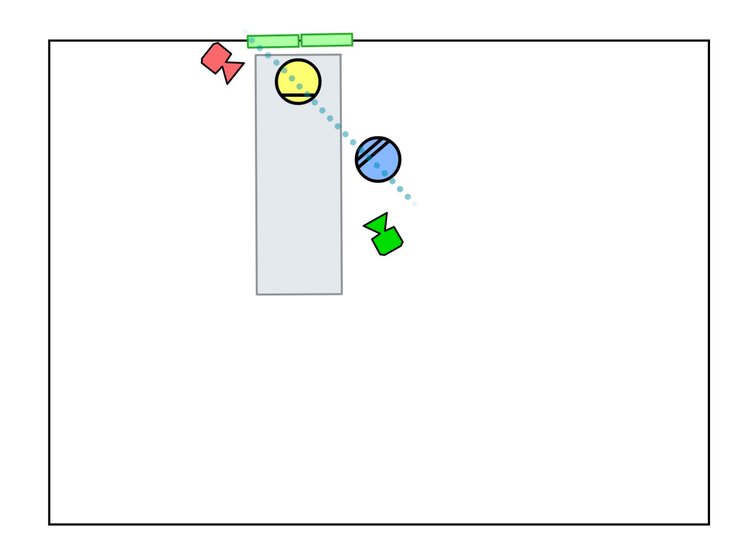 In this scene, the key light is at the head of the bed, casting hard shadows onto the actor’s face. Image via Sherlock (BBC Worldwide).

These are just two scenarios that (because of the locked-in arrangement of the scenes) present a challenge to lighting and the 180-degree rule. With a solid grasp of the underlying principles and time to prepare, you should be able to make any scene look its best.