Sound as Lighting: The Mood-Altering Magic of Atmospheric Royalty-Free Music

Use the free-form tones of atmospheric royalty-free music to spotlight emotion in your scenes.

In 1978, legendary iconoclast Brian Eno released Ambient 1: Music for Airports. With four lengthy tracks of layered tape loops, it’s an experience of sound on sound on sound. Music for Airports is more art installation than album, but it’s exceptionally listenable. In the years that followed its release, Eno put out three more collections of non-songs as part of his Ambient series, essentially establishing a genre of music he called “as ignorable as it is interesting.” His words also describe the atmospheric royalty-free tracks found in the playlist at the end of this post.

Atonal Audio as Tone, or How I Learned to Light Scenes with Music

Artfully speaking, lighting a scene is about invisibly rendering emotion. Filmmakers and videographers wrestle with stands and cords and all manner of hot and heavy gear to create an atmosphere that’s intentional in its look of looking unintentional. They are manufacturing space within space, with shadows and beams as borders and walls that direct attention and communicate feelings of tension, freedom, openness, claustrophobia, warmth, and the lack thereof. Lighting says things that your actors don’t. Atmospheric music exists in the same realm. They both color your scene. 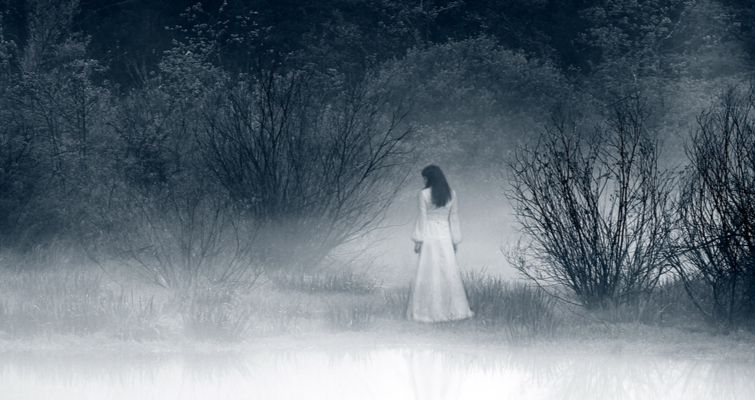 The free-form, meandering sounds of ambient, atmospheric music should be unobtrusive, even if they’re loud and ugly. The sounds are not for your three-point superhero landing, they’re for the first glimpse of an unfamiliar landscape and the cocked eyebrow of an unorganized daydream. (Or, you know, for a mind-warping nightmare from which there is no waking.)

Ambient soundtracks are subtle expressions of mood, magic, and mystery when hooks and melody might pull viewers in the wrong direction. Accordingly, in the liner notes of Music for Airports, Eno wrote that his ambient music was “designed to induce calm and a space to think.” Ultimately, when you need your audience to be all in on a moment, singularly focused on the guts of the feeling you are striving to share on screen, the ethereal nuances and shifting layers of atmospheric ambient music can be the light that (stealthily) illuminates your intentions.

Explore the playlist below to find an atmospheric track that’s perfect for the next time you need your soundtrack to get out of the way. Every song you’ll hear is yours in perpetuity with a simple $49 Standard License.