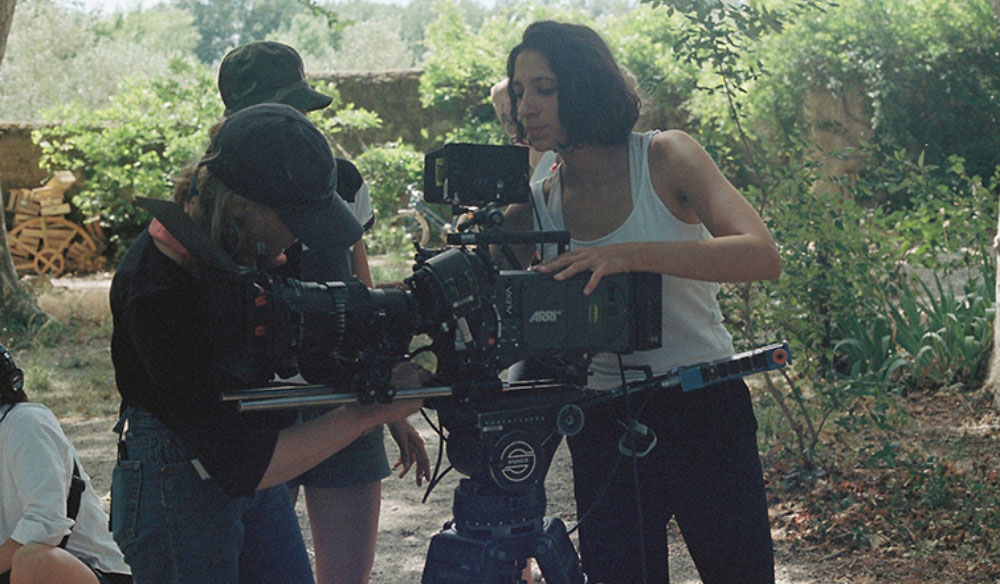 The Variety of Cameras Used at the SXSW Film Festival 2021

We chat with the filmmakers of the 2021 SXSW Film Festival to explore the variety of they cameras used and why.

A year after SXSW—the storied interactive music and film festival in Austin, Texas—was shuttered at the last minute in March 2020, the festival is back online! While similar to last year in that the film portion is 100% virtual, this year the show runners had more time to plan. Plus, the festival also came on the heels of a successful virtual Sundance Film Festival to help guide its way.

Like years past, the 2021 SXSW Film slate offers a filmic smorgasbord of indie features, shorts, midnighters, episodic premieres, and even VR cinema. Fittingly, for those interested in film and filmmaking, it’s a fascinating case study into how these filmmakers were able to produce, write, shoot, and edit their unique projects. Let’s hear from several SXSW filmmakers specifically about the cameras they used for their SXSW films, and how they were able to help bring their stories to life.

We shot the whole film on a Sony Venice with the Rialto sensor block extension (we would remote the camera brain or a grip would wear it on a backpack when we were moving). The whole package was provided by Keslow Camera. For lenses, I decided to go with a complete set of Leica .08 lenses. They are modified still camera lenses that most people are familiar with from the Leica M cameras. They are compact, fast, and have beautiful warmth and contrast like all Leica glass. They were also the smallest lenses available that cover the 6K sensor. Having an extremely small form factor, (large format) setup was crucial for a couple of reasons.

We don’t have to go into a deep explanation as to why 2020 was a weird year for cinema overall. Festival indies and big-budget blockbusters all had their premieres put on hold. One unique quirk to the SXSW Film Festival this year is the inclusion of several of these films and shows from 2020, which are getting another shot at the spotlight. One of the biggest features at SXSW 2021 is the much-anticipated world premiere of Violet, directed by Justine Bateman and starring Olivia Munn.

Shot on a Sony Venice, director of photography Mark Williams worked with mostly Leica lenses, as well as using a variety of Ronin 2 Gimbals for much of the action and movement. He also reports that, after plenty of testing, he and Bateman recorded in the Sony OC-XT format for “the most options in post, as it has a nice, neutral feel.” You can see one of their gimbal setups in the behind-the-scenes image below, which showcases how they were able to get such a blockbuster-style look with a small crew setup.

We used a combination of digital and film for “Plaisir” on the ARRI ALEXA XR and the personal Bolex 16mm camera of Melanie, our DP. We wanted to explore what the daydream landscape could look like by mixing the mediums. We had such limited resources (both crew and budget) that we couldn’t afford big lights. So, with Melanie’s collaboration, we studied the sun during a week of prep and built our shooting schedule around where the best natural light landed around our location. We shot on Panavision prime lenses, thanks to the help from the team at the Panavision Marseille outpost in France.

Many of the films at SXSW experiment with ways to further blur the lines between digital and film, as was the case with Molly Gillis’ narrative short “Plaisir.” Telling the story of “a lonely American who faces unrequited love on a farm commune in the south of France,” Gillis’ “Plaisir” was shot on an ARRI ALEXA XR, as well as on an old-fashioned Bolex 16mm film camera while traversing the scenic fields and gardens of the French countryside.

You can see Gillis’ crew at work mounting the ARRI ALEXA XR in the image below, which features the film’s DP Melanie Akoka and AC Hanna Mundal. Gillis says she ultimately shot about 75% of the film on the ALEXA, with 25% shot on the 16mm for a more personal effect and feel. The final results are stunning, whimsical, and do a wonderful job of combining the best of both cinematic format styles.

“Sisters” was filmed using two Blackmagic Pocket Cinema 4K cameras equipped with Zeiss standard speed prime lenses. Shooting on location in a small house in Los Angeles would not have been possible without the BMPC4K Camera. The compact camera bodies afforded easy maneuverability between setups and the creative flexibility to get shots in tight places without sacrificing the quality of the image. As a director, I utilized a cross shooting technique whenever possible to allow Sarah Burns and Mary Holland the freedom to improv and play off each other’s performances.

While ARRI ALEXAs, and other large format cinema camera options, remained the most popular for many of the major features, there were plenty of SXSW 2021 films shot on cameras which might be more in the budget of working videographers and aspiring filmmakers just starting off on their journey. One of these films was the narrative short “Sisters,” written and directed by Jess Brunetto and starring Sarah Burns and Mary Holland (also featuring Rob Huebel and Jorma Taccone).

As you can see in the behind-the-scenes image shared below, Brunetto and her team were able to make the most of their two Blackmagic Pocket Cinema 4K cameras, with a full build-out to get the highest quality footage possible. For a short that uses comedy to help explore some important themes—like death and family—Brunetto used both cameras to cross shoot her two leads at the same time for better improvisation, timing, and emotional impact.

When we filmed the motion reference footage back in 2014, we used a Canon 7D as the main camera, but it was with the understanding that the footage shot wouldn’t be seen in the final film . . . It was pretty much all special and DIY for the project, since we were trying to figure out how to reverse-engineer the rotoscoping approach used in the early 80s. As none of the footage would end up in the film itself, we were freed up to use whatever we had around to make costumes and weapons. To capture the horseback riding footage, we had the actors bounce on yoga balls, the platemail armor was made out of bubble mailers and cardboard boxes, and we had this old rolling painter’s scaffolding that we used for everything from a horse-drawn wagon to a guard tower to be climbed.

SXSW always has a penchant for finding new, bright, and (often) more out-there films for its infamous Midnighters block. This year is no different. The animated epic fantasy The Spine of Night is a terrifying, yet awesome, example of just how insane and quite beautiful rotoscope animation can be. Written and directed by Philip Gelatt and Morgan Galen King, the entire film was rotoscoped by hand based on performances from Richard E. Grant, Lucy Lawless, and Patton Oswalt. Check out the trailer below.

And, while the film is obviously animated, King shares that they did in fact shoot all their reference footage on a Canon 7D several years ago (to give you an idea of how long the rotoscoping animation takes place). You can see both Gelatt and King in the photo below as they showcase their homemade reference setup and props. In case you’re curious, they used a Canon 50mm and a Sigma Zoom 24-70mm as the lenses of choice for their 7D footage.

The Sony FS7 excels at documentary-style shoots because its form factor is ideal for run-and-gun shooting. Electronic variable ND is also another big reason why we used the FS7, allowing us to move quickly in the field with changes in light. We needed a camera that could shoot 4K with great dynamic range, but without eating tons of memory. Shooting in Sony’s S-Log 3 gamma curve gave us that ability. There is no perfect camera and each project has different needs, for us the Sony FS7 was a great fit.

Looking into the documentary shorts and features of SXSW 2021, there’s always a heavy preference for versatile cinema cameras that filmmakers can easily take on-the-run, as well as provide ample battery life and flexibility to shoot in any natural lighting situations. For the short doc “Plant Heist,” directed by Chelsi and Gabriel de Cuba, the duo elected to go with the Sony FS7, which remains as a popular option for all manner of documentary-style content.

“Plant Heist” tells the important story of “California’s fight to protect valuable native succulents from an international poaching ring.” And, as you can see in one of the behind-the-scenes images, it’s a perfect camera for taking out in the field as it can easily be set up in a variety of rigs, like the Steadicam mount featured below.

The main cameras were a series of Canons—C300, C200, and a C100. We shot interviews and most of the vérité with the C300. However, Lily Topples The World is a documentary about the world’s most acclaimed domino toppling artist Lily Hevesh, and we wanted the film to really capture the unique flair of domino art. So, we realized that we needed to have more cameras for some of the big domino topples in the film. More cameras! So, we brought in a lot of other cameras—Sony A7s, GoPros, Canon Vixias, even iPhones—and sometimes had as many as ten cameras for some of the really elaborate topples. In one scene, we even crowdsourced some camera footage from people in the crowd.

Along with the Sony cinema cameras, other popular options for documentary filmmakers included Canon’s cinema camera line—Canon C100, C200, and C300. This was the case for Jeremy Workman and his feature documentary Lily Topples the World, which tells the story of the famous domino artist Lily Hevesh. And, speaking technically about the experience, Workman explains that while he favored the Canon C300 as his main camera for the interviews and B-roll footage, he also employed several others alongside his Canon cinema line, including Sony A7s, GoPros, Canon Vixias, and even iPhones.

If you look at the behind-the-scenes setup, you can see what Workman had to work with as he took on the challenges of shooting intricate domino setups. As you can see in the image below, Workman would have to get creative and utilize tools like the long crane arm to get cinematic-quality footage without stepping over (or potentially knocking over) any of the painstakingly laid out domino configurations.

For more camera insights and filmmaking inspiration, check out these articles: