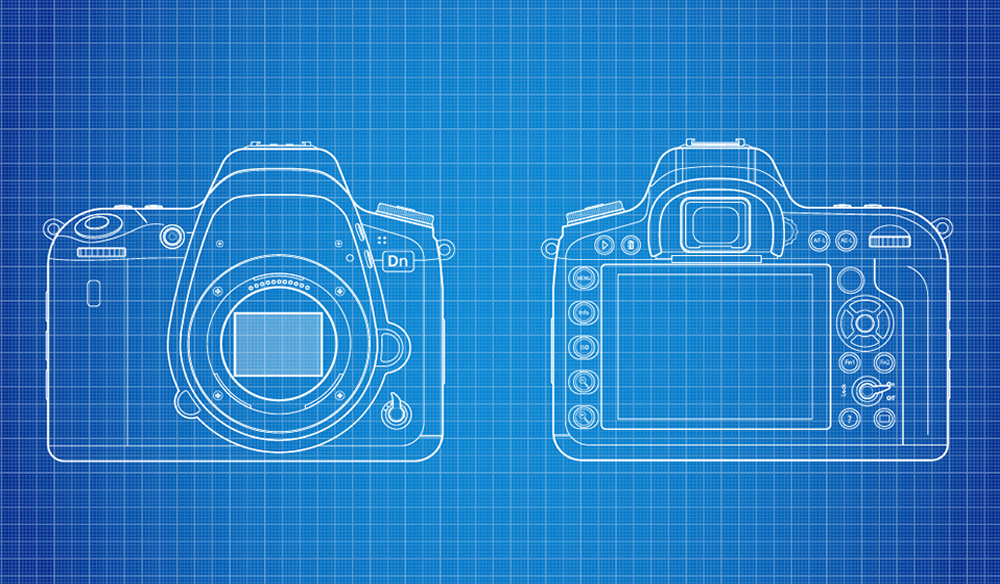 Roundup: The Most Exciting Camera Rumors of 2018

Every year, expectations run high for new camera releases, and this year is no different. As we’ve done in years past (2017, 2016), we’ve rounded up the latest camera rumors of the past few months.

Last year, we saw the Canon C100 Mark III turn into the C200. We also saw the Sony a7R III and Panasonic GH5. There were even a few surprises, like the URSA Mini Pro and Sony CineAlta VENICE. So what does 2018 have in store? We don’t know, but here are the rumors (no promises).

Given Canon’s lackluster releases last year, and companies such as Sony and Panasonic hot on their heels, Canon is really going to have to make an impression this year. Hopefully, they realize that nobody wants a mirrored camera anymore. Full-frame mirrorless is the wave of the future, and Canon is going to have to acknowledge that someday. Here are the cameras that we think can keep them on top of the industry. 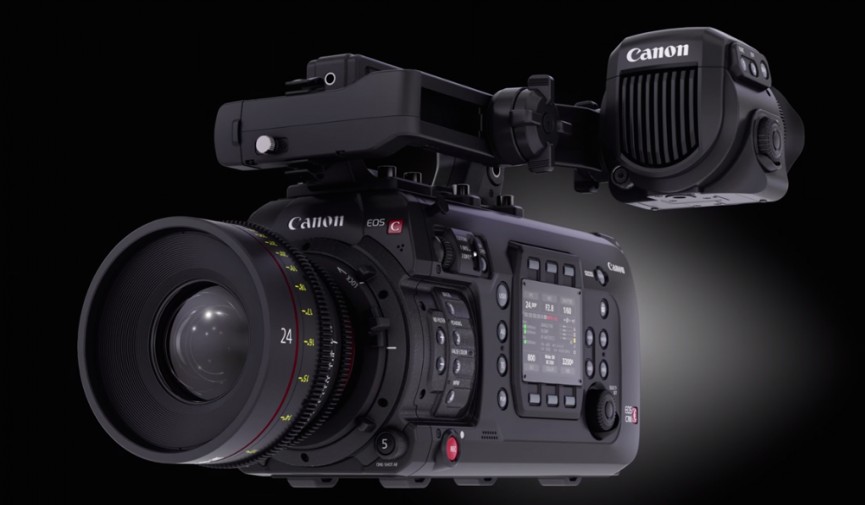 This is the biggest rumor I’ve heard about a Canon camera in some time, and it’s likely the most exciting for our audience. According to Canon Rumors, the new 6K Canon C500 Mark II (originally rumored to be the C900) camera will be the company’s rival to the Sony VENICE. There are also some rumblings that we may see some Canon anamorphic glass at NAB 2018.

We’ve heard multiple reports of a new Cinema EOS at NAB. Don’t expect it to be the 6K C500, which seems to still be in development. That said, we could finally see a long-awaited update to the C100 line — or even a new C300.

Canon has promised a huge announcement: a new Cinema EOS camera. If they want to compete with Sony’s A7R III, they need to release a full-frame mirrorless camera with an EF mount. Here’s what we think they might be brewing up at Canon Labs:

The 5D sister cameras are expected to show up in the latter half of 2018, most likely at the Photokina Conference later this year. Possible specs:

1. Better AF tracking. Canon’s iTR technology has lagged behind competitors the past few years, and a 7D III needs to significantly improve in this area to remain competitive. Our ideal situation: the same AF system as 1DX Mark II, giving wide-frame coverage, like the Nikon D500.

2. Improved video. The 7D II‘s video was only a marginal improvement over the original 7D, which was several years older. A 7D III is almost guaranteed to have 4K video.

3. Improved base ISO raw dynamic range. Given that most Canon cameras introduced since the 7D II have offered improved Raw dynamic range, we think it’s pretty likely to be part of a 7D III.

4. Touchscreen. The 7D II added dual-pixel AF, which was a really significant addition, especially for video, but it was hobbled by the fact that you had to use hardware controls for doing things like initiating subject tracking. Given that most newer Canons do this as well, it’s pretty likely to be included in a hypothetical 7D III.

6. Built-in WiFi. There’s no excuse not to have wireless connectivity built-in in 2018. Bluetooth and NFC would be the cherry on top. 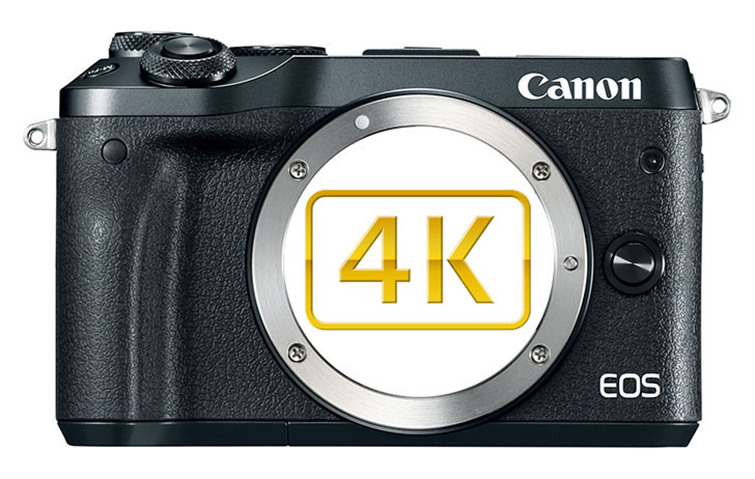 CanonRumors.com has just confirmed that the upcoming Canon mirrorless camera, the EOS M50, will be arriving with 4K capabilities. Here’s the information we have so far:

We reported last month that the next mirrorless from Canon would shoot 4K video and it looks like we’ve confirmed that it will.

The EOS M50 will remain an EF-M mount camera. Unfortunately, we have no other specifications at this time.

You can read more on CanonRumors.com.

Sony seems to have the market on lockdown with its line of consumer- and professional-grade cameras, but to stay on top, Sony is going to have to release some high-octane additions to their current lineup. After the release of the highly praised A7R III, the future looks bright for Sony — as long as they stay on track.

The Sony A7S II is a staple of modern cinematography — it’s the most rented mirrorless camera of 2017. It hit the market almost three years ago, so it’s about due for an upgrade. Here’s what we think the A7S III is going to offer: 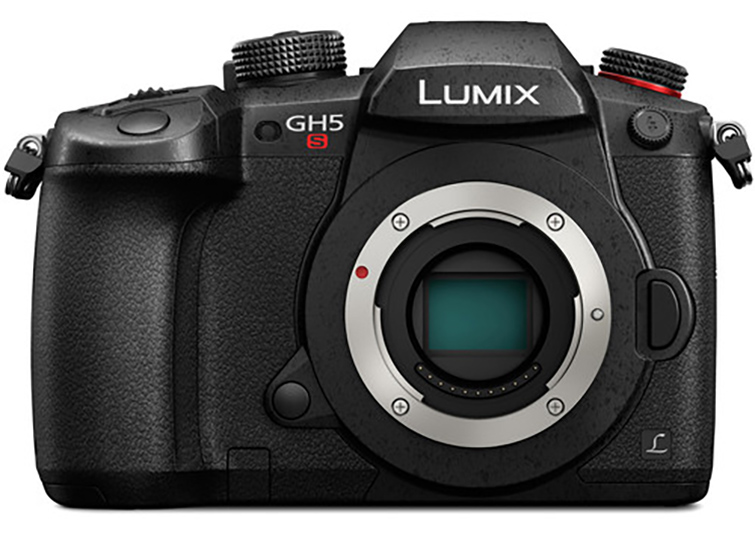 This one’s not a rumor anymore: Panasonic announced the GH5s at CES this year. Here are the final specs:

Fujifilm is a relatively new player in the mirrorless market, and with the success of the X-T2 a few years back, they seem to be making a steady run at the big dogs in the camera-sphere. We’ve heard that their supposed new camera, the X-H1, is going to take aim at the Panasonic Gh5’s consumer- and mid-level market share. Here are the rumored specs:

It’s another year of silence from Blackmagic on successors to their Pocket Cinema or Cinema camera lines. One can dream, and if our dreams did come true, here’s what we would want from those cameras:

With ARRI’s recent release of the ARRI LF, along with their panel of 16 brand-new Signature Prime Lenses, they retain their standing in the professional-grade market. ARRI may have just released the new LF, but there are still rumblings that they have something else up their sleeves. Rumors suggest we may see a new 6K Alexa sensor at the end of 2018 or early 2019.

RED Cameras has a reputation for releasing exciting, state-of-the-art cameras for professional cinematographers. Recently, they created a RED Dragon hybrid camera called the Xenomorph for David Fincher’s crew to use on Netflix’s crime-drama Mindhunter.

The one thing that has people talking when it comes to RED this year is their new cell phone, the RED HYDROGEN.

This is the phone that you might see in the pocket of your favorite cinematographer, and it is slated to come out this year. It’s rumored to control RED cameras wirelessly and display shots in real time — must-haves for RED junkies around the world.

There are rumors that RED Camera and Foxconn are cultivating a partnership to create RED’s first prosumer camera that shoots in 8K. Foxconn is a company that manufactures iPhones, as well as assembles ASIC / front-end LSI circuits for RED cinema cameras. The price speculation is around $2,000. Here’s a closer look from an article by Nikkei:

“We will make cameras that will shoot professional-quality films in 8K resolution but at only a third of current prices and a third of current camera sizes,” Foxconn Chairman Terry Gou told reporters in Taipei following the company’s annual employee party before the Chinese New Year. 8K ultra-high definition resolution has become the benchmark standard for digital television and cinematography.

Gou said he is in talks with RED Digital Cinema, whose cameras are used in the filming of such hit films and TV shows as Transformers and Netflix’s House of Cards, to form a joint venture or partnership to produce affordable cameras. A RED’s 8K camera now sells for around $30,000.

An affordable RED prosumer camera would certainly make big waves in the mid-priced camera market. With RED’s status in the cinema camera world, a step into this new market could ascend them into becoming one of the top players in the industry.

Looking for more info on video gear? Check out these articles.