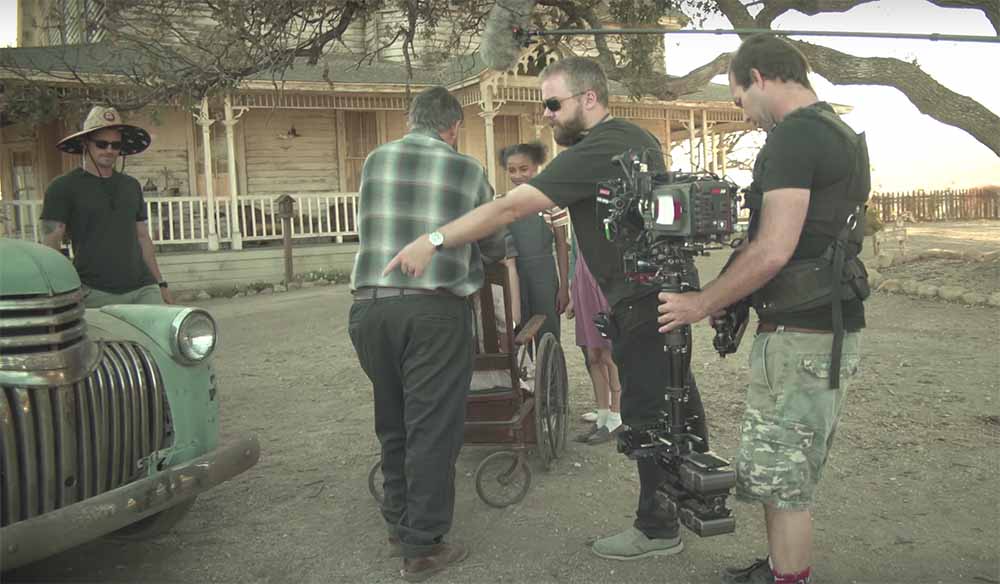 This uber-successful horror director dives into his latest project and what future directors should expect on set.

Director the recent film Annabelle: Creation and YouTube extraordinaire David F. Sandberg takes us through directing a feature film — regardless of your budget — in this stellar video. The series is full of brilliant insight, excellent behind-the-scenes footage, and industry know-how for filmmakers of all skill levels.

It’s important to note that if you’re a first-time director or are dealing with cameras you’ve never shot with before, knowing how to work the cameras and which lenses work best isn’t necessarily your responsibility.

A director doesn’t necessarily need or have to know all these technical things, but it helps, of course, the more you know about every aspect of filmmaking.

Sandberg emphasizes how important it is to establish a good relationship with your director of photography. Working with a reliable DP, with mutual understanding and communication, builds trust. So, if you don’t necessarily know everything about cameras, lenses, or lights, it’s okay. Thats what the DP, gaffer, and DIT are there for — to help you capture your vision. That’s not to say experience and know-how won’t take you further, however, because they will.

The director brings focus to the truly limitless possibilities of filmmaking. There are endless ways to shoot every action and scene. Because of this scope of opportunity, as a director, you’ll need to answer a million questions on set. Sandberg reflects on his first directorial debut, Lights Out, when he learned right from the start that he would need to field many, many questions — and quickly. Sandberg encourages directors not to let questions go unanswered and pile up. Even if you’re unsure of the answer and think it might be wrong, give them an answer. You can always correct yourself and fix the problem later.

One of the biggest takeaways from these behind-the-scenes videos is how much staging Sandberg does on set. Setting up the shot, positioning actors, determining marks: all these tasks take place while the camera operator and crew prep lighting, props, and extras.

When you picture a director on set, you might imagine this weird guy yelling at the actors and giving them weird poetic directions, and doing like a hundred takes. I’m sure those directors exist, but for me casting is crucial. To find people who really know how to get into these characters so you don’t have to drag that out of them on set. Because on set you will have a lot of technical stuff to figure out, so your job will be so much easier if your actors just know their characters and are able to go into that.

Be Open to Everything 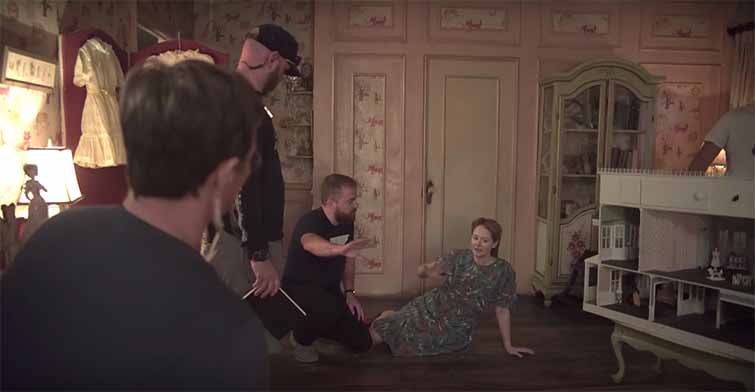 Of the director’s many responsibilities, knowing and adhering to the script might be number one. However, directors should never feel beholden to the words on the page or how they hear the lines in their own heads.

Sandberg stresses that directors should never oppose new directions or performances simply on principle. Just because the actor delivered a line differently than you were expecting doesn’t necessarily mean you need to keep shooting take after take. Let the actors give their characters lives of their own, and learn to trust the relationship you’ve built with them.

Actors aren’t parrots . . . What an actor needs to know most of all, is why. Instead of telling an actor to look sad, you have to let them know why the person is sad.

It’s all about what feels right for the actor. Making them as comfortable as possible will lead to well-rounded and believable performances.

One of the first things to do on the first day of shooting is to walk through the scenes with your actors. No camera crew, no props, no crafty — just you and your actors. By doing so, you can figure out what will work and what won’t, and maybe even determine some new directions the scene could take.

A big question many aspiring directors have is how many takes they should shoot and how long scenes should take to film. Sandberg advises you go with your gut, and don’t push your actors into frustration.

Then you’re ready to do your first take, and then if that doesn’t feel right, you’ll do another take. I think, as a director, it’s important to know when to let go. Because its pretty easy to just keep chasing that perfect take that you’re never going to get. For me, I feel that usually the best take is like the third or fourth take.

Because of this minimal approach to takes, Sandberg can cut down time between scenes, takes, and shots. Setting up lights and props (and the camera) takes forever, and you never have enough time while filming a movie, so the more time you can steal, the better.

Another way he reduces time for breaking down equipment for new camera setups is by avoiding shooting coverage. Shooting coverage is a certain way to bore your actors and limit the number of shots you complete in a given day.

My ideal way of shooting a scene is you have a long take, that can sort of can start as a master and go into a two-shot. Getting the coverage you need in one long take, and then turning around and shooting from the other direction, so you have something to cut to.

One of the oldest techniques in the book, shooting a long take, has been a filmmaking staple since the art form’s inception. Sandberg speaks out about his love for shooting a oner and how often he includes the camera trick in his arsenal. However, oners can limit you in the edit. This might seem obvious, but many filmmakers don’t think about the editing process while on set, and they often can’t go back and reshoot the scene. So if you decide to shoot a scene in one take, make sure you at least get a few shots to cut to, just in case.

Sandberg’s YouTube channel is an excellent resource for all things filmmaking, offering professional insight into the many directions your career can take. His latest, Annabelle: Creation opens August 11th.

For more tips and tricks for filmmaking professionals, check out our past coverage: