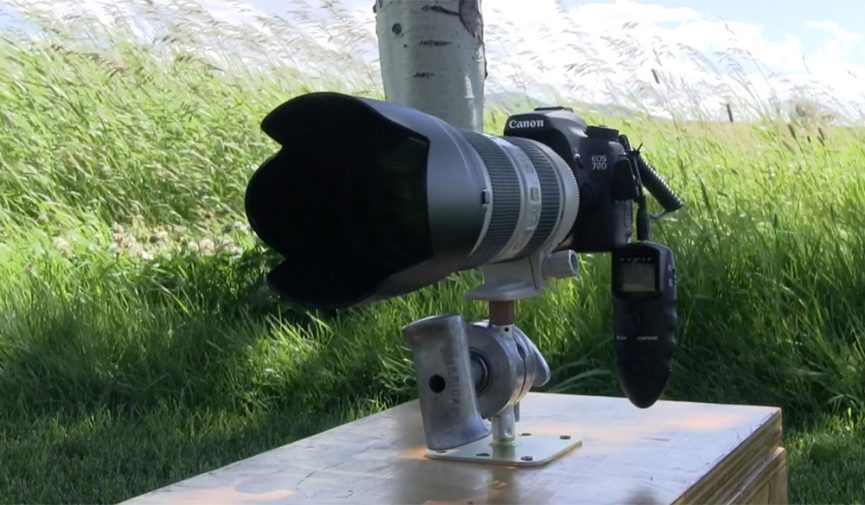 Cover image courtesy of the author.

Shooting time-lapse videos is fun, informative, and easy to learn. The trick is to be in a place where nature is on full display. It might take a few tries to capture exactly what you have envisioned, but the effort will be worth it if that elusive blast of light and color occurs during your shot. Like many photographic and filmmaking pursuits, the results can be hit or miss, so it’s important to set up your shoot to improve your chances.

Check out the video, and think of creative ways to capture time lapse action that can advance your story visually and dramatically.

This video tutorial reveals some of the basic steps I use to get time lapse shots. Filmmakers have been manipulating screen time since the earliest days — mostly by slowing down events. This video features a few examples: “bullet time” and 720fps to contrast with the ultra slow exposure times of time lapses. We have lots of tools at our disposal, and speeding things up can be as dramatic as slowing things down. Think of the amazing knowledge scientists have have gained through time lapse photography.

It’s a universal tool and technique that I think every videographer should have some experience with.

Interestingly, in my entire career I have only photographed one time lapse shot for a montage in The Ring II, and it didn’t make the cut. It was a cool shot, but you won’t see too many of these shots in feature films because they are not the norm. They’re somewhat abstract, and they’re difficult to blend in with the visual style or “look” of a film. That is unless it’s a device that advances the story through each act of the film. Honestly, I can’t think of one mainstream narrative film that relied on the technique to that extent.

1. Set Your Camera Settings in Time Lapse Mode, or Connect an Intervalometer 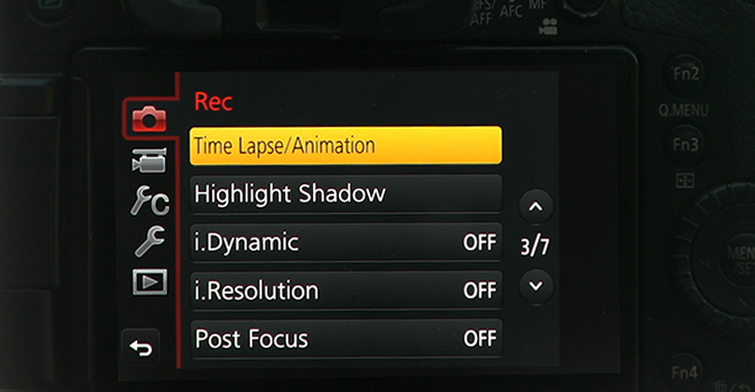 When it comes to shooting time lapses videos, there are a few things you want to take into account. First and foremost, you will need to set your camera to time lapse or animation mode, or you will need to purchase an intervalometer for your specific camera body.

Intervalometers are often third-party accessories that allow you to program a shutter release, set the time interval, and adjust select camera settings. You can read more about intervalometers here.

Your camera settings should take into the account the time of day or night your are shooting. Will there be plenty of light overhead, are you shooting throughout the night — or perhaps and night-to-day transition? Be sure to calculate the changing exposure throughout the day.

Any unintentional movement, down to the slightest camera shake, can ruin a time lapse. It’s imperative that you not only lock your tripod down but also add some additional weight to prevent any movement from wind or weather. I attach a sandbag to the tripod with a carabiner. For harsher weather, you can even stake your tripod to the ground with some rope.

If you are planning to shoot a time lapse during the day, don’t forget to add a polarizer to your lens. You’ll also want to plan for exposure when the sun is at it’s strongest, so don’t be afraid to underexpose footage you shoot earlier in the day.

Using a c-stand or light stand, clamp a flag above your camera.

A camera flag will not only prevent any unwanted lens flares, it can also keep your camera cool in the shade. 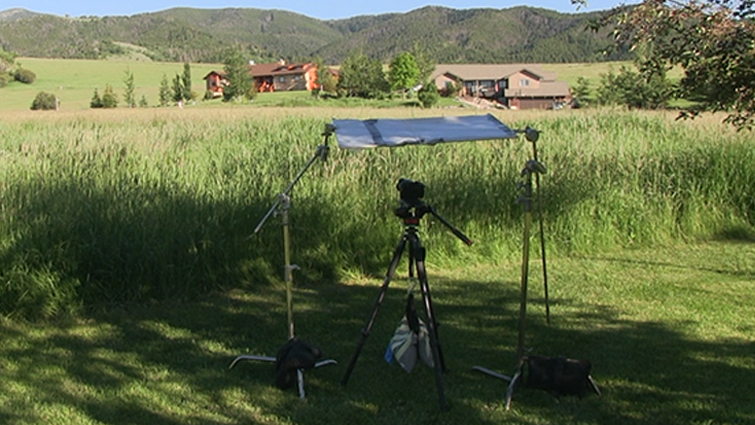 5. Watch Out for Foreign Object on the Lens

During the shoot, keep an eye on the lens for any debris or foreign objects. If you must remove the debris, do your best not to remove the filter or adjust the camera. In times like this that it’s helpful to have a camera duster or can or compressed air.

Shooting a time lapse can take quite some time, so be prepared to keep yourself occupied. Or you can just sit back and relax until you’ve captured your sequence.

Want more on shooting and editing time lapse videos? Check out our series of interviews and features with other time-lapse filmmakers and photographers.

Have you shot time lapse videos? Share your own tips and tricks in the comments. 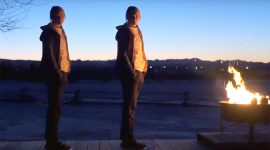 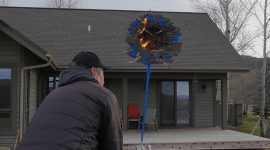 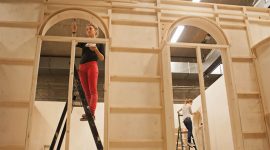 Filmmaking
Why Every Project Needs a Production Designer